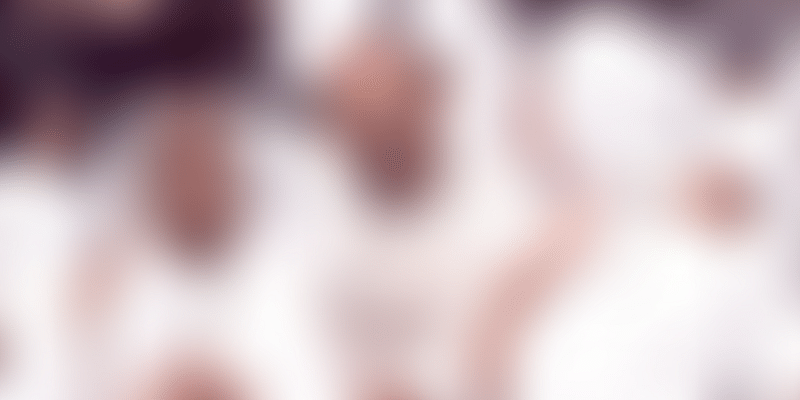 Mahatma Gandhi continues to be relevant even after 72 years of his death. Our pop culture keeps him alive and for good reason.

Mahatma Gandhi would have been 151 today.

Arguably the most influential figure of modern Indian history, Gandhi is also one of the most studied, discussed and dissected personalities of all time. And for good reason.

Dominique Atkinson and Doug Greene in their book The Men Who Changed the Course of History counted Gandhi alongside Jesus Christ, Napoleon Bonaparte, David Moses, Julius Caesar, Alexander the Great, and Prophet Muhammad.

These individuals, the book said, “would have been remarkable in any era in which they were born. But by living when they did, each defined the times in which they lived. Their actions transformed the imprint of their countries and the world.”

Even great men like Martin Luther King Jr. and Nelson Mandela, who played critical roles in the transformation of their respective countries, were deeply influenced by Gandhi’s doctrines of truth and non-violence.

Closer home, the ‘imprint’ of the Mahatma has endured, of course. His face has been printed across our currency notes for 22 years and counting. Gandhi portraits adorn the walls of Indian courtrooms, police stations, government offices, etc. Schoolkids dress up as Gandhiji in annual functions year after year.

And, there is media and popular culture that keeps Gandhi — somewhat like Che Guevara — always topical. YourStory lists some notable pop culture references that invoke and celebrate Mahatma Gandhi.

Sir Richard Attenborough famously said that it took him 20 years to find a financier for his eponymous film on the Mahatma. When he pitched the life story of a non-violent freedom crusader from India to producers, they dismissed him saying, “Who the hell will be interested in a little brown man wrapped in a sheet carrying a beanpole?”

The film charted Gandhi’s journey from 1893 South Africa, when he was subjected to racial discrimination, to 1948 India, when he was assassinated within a year after independence. Attenborough’s film continues to remain the most definitive work on the life and times of the Mahatma.

Shashi Tharoor’s 1989 book, The Great Indian Novel, which drew from characters and personalities in Indian history and mythology added a touch of irreverence to Gandhi and kept readers guessing with clues and references.

A character named Gangaji is shown as the leader of the Quit India movement, an advocate of celibacy, a man obsessed with ‘toilet cleaning’, and the one to go on the Great Mango March (an allusion to Gandhi’s Salt March of 1930).

There is also a character wittily named Sir Richard Churchill, modelled on Sir Richard Attenborough, who is made to describe Gangaji as ‘Public Enema Number One’. By the end of the novel, Gangaji is, of course, killed as was Gandhi in real life.

The film, a part of Hirani’s Munnabhai series on the life of a Mumbai underworld don, coined a street term to describe Gandhian principles and philosophies - Gandhigiri. Munnabhai played by Dutt is possessed by the spirit of Gandhi and he goes about conducting his life truthfully and non-violently.

Like Gandhi, he preaches the benefits of cleanliness and other things to people. He even urges them to co-operate and co-exist in society, all the while maintaining the street credentials of a bhai (local goon).

While the world celebrated the Mahatma, he led a deeply troubled personal life. Feroz Abbas Khan’s Gandhi, My Father explored his tumultuous relationship with son, Harilal.

The film was adapted from the biography of Harilal Gandhi penned by Chandulal Bhagubhai Dalal, and it explored the basic conflict between father and son. While Harilal (played by Akshaye Khanna), wanted to become a foreign-educated barrister (lawyer) like this father, Gandhi hoped his son would fight for the country and take his social causes forward.

Their relationship was strained beyond repair, and Harilal later abandoned his father to leave for South Africa. This was a rare project in which Gandhi’s personal, and not socio-political, life was in focus.

This multilingual film delved on the controversial exchange of letters between Gandhi and Adolf Hitler during World War 2. The film, which established the supremacy of Gandhian ideologies over Hitler’s Nazism, opened at the 61st Berlin International Film Festival.

However, reviews weren’t entirely positive. Many sections of the media regarded it to be a glorification of Hitler, but the makers clarified that the film was merely an attempt to draw a contrast between Gandhi’s and Hitler’s principles.

Nonetheless, Gandhi to Hitler (also known as Dear Friend, Hitler) was a different take on a lesser known chapter of Gandhi’s life.

In this magnum opus spanning over a 1,000 pages, Guha traces the three decades of the 20th century during which Mohandas Karamchand Gandhi became the Mahatma and the Father of the Nation, and altered the fate of India irreversibly.

The book opens with Gandhi’s arrival in Bombay in early 1915 and runs through his 30 years of struggle for India’s freedom, in the course of which he advocated secularism, fought against untouchability, promoted indigenous goods, and challenged the 200-year-old British rule with ahimsa (non-violence).

Essentially, Guha explores why Gandhi is relevant even 70+ years after his death.