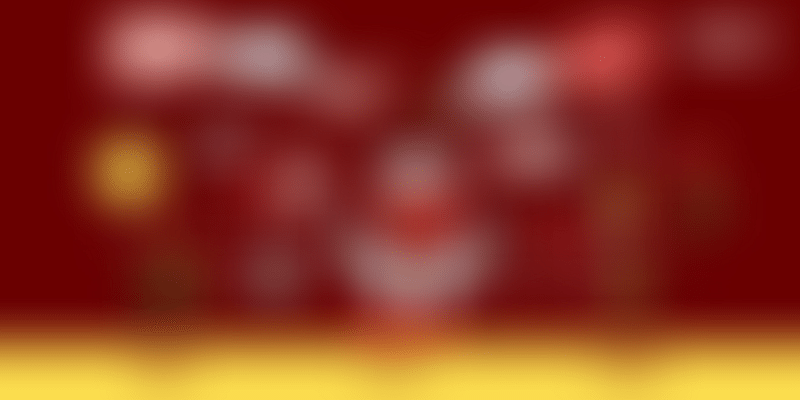 The Indian startup ecosystem has evolved significantly over the past three years, with funding raised increasing steadily. VCs are now very clear about where they want to place their bets, exits are on the rise, and a new breed of investors from the East are making their presence felt like never before.

In the past three years, $29.2 billion dollars have been invested in the Indian startup ecosystem across equity and debt funding. This year alone, the number is close to $11 billion. While the numbers in isolation look great and are climbing, for the most part, a closer look reveals that a lot of this money has gone to just a handful of companies.

The unicorns – and India has 17 of these – raised $14.46 billion. That’s close to half of all the money raised (equity+debt). Of that, Flipkart alone raised $4.1 billion since 2016 before it was acquired by Walmart earlier this year. In 2017, it accounted for 27 percent ($3.97 billion) of the total $14.8 billion raised across equity and debt. Overall, unicorns cornered 48 percent of the funding raised in 2017. The trend improved a bit this year but unicorns and companies valued close to $1 billion still accounted for 38 percent of all funding raised.

Quite clearly, investors are taking pole positions in companies that are well established and have a proven ability to scale. In 2018 itself, of the 712 equity funding deals, 32 had an investment size of $100 million or more, of which 66 percent or 21 rounds were raised by companies that are already unicorns.

[Also read: Funding in 2018 signals the birth of a mature startup ecosystem in India]

When it comes to sectors, not much has changed. Ecommerce and marketplaces have raised the most amount of funding over the last three years: $6.8 billion, but again, Flipkart’s $3.97 billion accounts for close to 60 percent of that. And now that Flipkart is no longer raising funds, Fintech is at the top of the leaderboard this year. Fintech startups have raised $4.9 billion over the last three years, and $1.7 billion in 2018 so far. This is followed by Travel and Accommodation, which raised $2.3 billion in the past three years, but 42 percent of that went to OYO, which raised $1 billion this year.

Incidentally, this was the round where OYO’s valuation jumped in a big way, going from around $900 million a year back, straight to about $5 billion this September. That’s a 6x increase. A similar story was scripted at ShareChat, which raised $118 million this year. Its valuation jumped nearly 7x from $67 million when it raised funding in December 2017 to $433 million earlier this year. Such massive jumps have been uncommon, but the frequency now seems to be increasing. China, of course, has had a history of seeing valuations jump manifold, and it could well be the case here as the Indian startup ecosystem matures.

The signs of maturity lie not just in the funding raised. For one, the economy continues to do well. The kind of data connectivity we have today has grown drastically in the past 18 months and is far superior to what we had earlier. Exits (and not just acqui-hires or distress sales) are increasing every month.

And Indian startups are venturing abroad in a big way. OYO, Ola, Paytm and others have set their sights on markets abroad. Last we heard, Paytm’s Japan foray, called PayPay, was an immediate hit in terms of downloads.

This global playground means they are operating at a massive scale – at that level, the capital requirements skyrocket. The big advantage these companies have is that they have already scaled in a market like India and have what it takes to scale beyond its borders as well.

There are also many more new investors in the market who are coming in to specifically help companies scale. Investors are saying they want to take bets on companies who are on the verge of a breakout. Take Iron Pillar, for instance. It’s a new fund that’s only going to invest in Series B and Series C rounds.

So, while late-stage companies do gobble up the mega funding rounds, there is good traction in other stages as well. Let’s take a look at the numbers. Naturally, Pre-Series A accounts for the most number of deals, though the number has been falling as a percentage of the total. The round accounted for 67 percent of deals in 2016, down to 50 percent in 2017, and 40 percent in 2018.

Inside the alphabet soup

Thirty-two of the 100 startups that raised a Series A round in 2016 went on to raise Series B, C or D rounds subsequently, raising $1.1 billion over the next two years. The others either were unable to raise subsequent rounds or chose not to.

Further down the alphabet, late-stage rounds continue to do well (see graph above), all of which clearly indicates that while India is by no means a mature market, the momentum is strong. Backing this up is also the fact that new VC funds have entered the market, and existing VCs have raised new funds. Nexus Venture Partners, Chiratae Ventures (formerly IDG Ventures), Blume Ventures, Fireside Ventures, Sequoia Capital and several more are all sitting large quantities of dry powder, which means there is plenty to go around in 2019.

Most of these firms have been active investors throughout these past years as well, but that’s another story.

What has been a defining trend this year is the entry of foreign fund houses, specifically from China, Japan and South Korea. So far, much of the capital raised by Indian startups had come from the US. But that has changed this year with Chinese investors showing a great deal more interest in Indian startups. [Read the full story: India-bound: here’s why Chinese investors won’t tighten their purse strings anytime soon]

Over 2018, YourStory spoke to several Chinese investors exploring the Indian market and the writing is clearly on the wall. Now that their domestic market has matured, India offers the upside that is missing back home. Which also explains their interest in the content space and in businesses with the potential to scale in a big way.

While Indian startups may not scale as quickly as their Chinese counterparts did a few years ago, the point is that these investors know that the markets are similar, and what the likely challenges. As such, they should be able to provide the guidance these startups need as they grow.

The Japanese too have their own areas of focus. The University of Tokyo Edge Capital (UTec) invested in Tricog and Bugworks. In a call with YourStory, UTec said that their focus is on Deep Tech, be it in finance or health, and have allocated a certain amount for funding such ventures in India.

Going by what UTec and other Japanese investors exploring India have told YourStory, we should see several more Japanese investments in the next few months.

The Koreans too are currently exploring the investment landscape and we should see some activity from that direction soon enough. More interestingly, a few large Indian corporates that YourStory spoke to also said that they were closely looking at startups to see where the best synergies lie.

All of which means that Indian startups have their work cut out for them – business plans and pitch decks need to be sharp. After all, not only do they have a larger base of investors to pitch to, they have investors interested in niche areas, which wasn’t the case a year ago.