When is it appropriate for startups to seek external help? 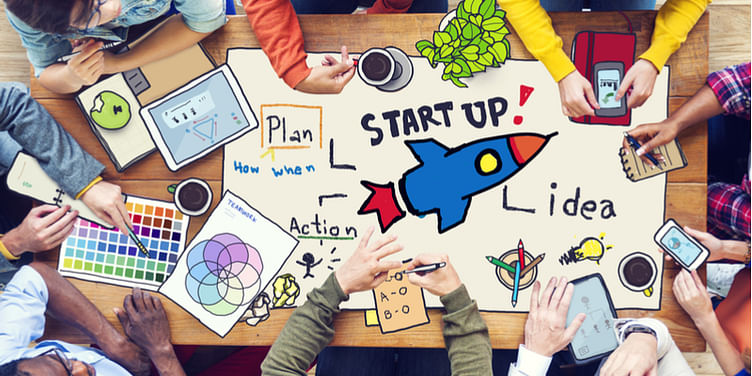 Entrepreneurs, with good reason, tend to view the startup they have built as an extension of their self. But it is important to open the doors and let people from outside in as well in the best interests of the business.

“Don’t hold on too tight!” – rare advice coming from a mom, right? Especially when you’d mostly expect mothers to tell their young ones to “hold on with all their might” and avoid toppling off whatever they’re busy scampering on in the park. But this was a different scenario. The young boy had a little bird in his hand and a tighter grasp would certainly strangle it.

Flashforward 2018 to the bustling startup ecosystem and this scenario is somewhat reflective of what organisations go through when founders hold on too tight, without realising that this act may just stifle the company’s movement. Letting go – sometimes not as much, but just a loosened grip – is obviously not an easy task, especially when it comes to a business that you’ve painstakingly built from the ground up. Now, you not only need new people to hop into your prized bandwagon but also need to let them in some way steer the ship. It’s a challenge that most founders find incredibly discomforting and, in the process, become reluctant to onboard leaders who can help drive the next wave of business growth.

Chalk up to experience

We’ve seen a string of confluences that didn’t go down too well. Some at the investor’s behest, some were decisions made by the board; either way, the founders didn’t take kindly to opening their doors to a new professional who’d seemed to suddenly usurp their throne. An erstwhile CEO of one of India’s upcoming real-estate ecommerce websites stole the limelight when it came to his infamous behaviour with investors that ultimately led to him being ousted from his company. Quite a few notable global personalities too have had their differences with either the boards or investment teams, which resulted in their ousting - Steve Jobs of Apple, Travis Kalanick of Uber and Andrew Mason of Groupon, to name a few.

It’s plain to see that while founders bring in an unmatched passion for the company success, they need to embrace new ideologies and welcome niche expertise for the business to ultimately succeed. Some of these renowned global leaders did eventually make a comeback, to work in tandem with the rest of the minds that were at play in making their businesses successful.

This may beg the question - why is something as basic as getting outside help such a difficult task? After all, entrepreneurs have usually battled a variety of odds to make their offering stand out from the rest. It’s quite simple really; entrepreneurs learn to rely on themselves far too much and fear that they’d have to deal with opposing views and differentiated forms of strategy. And then there are the extremes, like the erstwhile CEO of Uber, who blatantly cut corners – be it through a deeply ingrained bro culture, surreptitious tracking of users and vague promises to improve compliance – all done to maintain a tight grip on the company he considered his own. While it’s essential for any founder to have that raging fire in their belly, it’s extremely important that they don’t let it burn to a point where it ultimately consumes them.

You see, scaling from a budding startup to a fully-fledged business requires multiple skillsets to complement your core business proposition. If you’ve ever watched Shark Tank, each of the investors on the panel brings in a varied skillset and niche market understanding that has taken them years to amass and, therefore, they’re not only pumping in funds into the businesses they invest in but are able to offer crucial guidance to the entrepreneurs who are graduating to an entirely new level of business dynamics. This is essentially why most entrepreneurs who appear on the show, choose to partner with the ‘shark’ who brings in relevant industry expertise that they can benefit from.

Consensus and collaboration - not exciting but essential

It is this openness to change and a collaborative mindset that’s very crucial for founders to possess, as they need to bolster their teams with seasoned professionals who bring in new perspective and expertise. For instance, professional consultants can help businesses avoid classic loopholes that you may not realise exist, since you’ve not “been there, or done that,” before. A case in point here – a startup in the confectionary food-business domain had garnered rave reviews about their products, and sales were higher than they expected. While this put them in the spotlight in their locality, they weren’t equipped to manage the bulk orders that were coming through and loyal users ended up disappointed at being turned away and didn’t return. This meant that sales started to dip. They needed better organisation and management techniques, as only their splendid culinary skills weren’t enabling them to meet rising demands. Also, another insight that professional help would have lent them would’ve been to get them to standardise offerings, since offering a range of customisable orders restricted their ability to scale.

Allowing the master to work his magic

So many product whizzes waste their effort trying to become the entire package – CEO, CFO and CTO – when the company could benefit immensely from three heads working together than just that one. More is often merrier when it comes to a growing business, if you know just which skills you lack and invite professionals in to work their magic on those fronts.

To put it bluntly, you need to place the company’s priorities above your own personal priorities, as this will let you operate from a position of collective power. In an industry that’s seeing rampant change, you can’t afford to waste time making and then learning from your mistakes. It’s advisable to let others in so you benefit from the wealth of knowledge they bring into the fold as well, just as the son did that day while grasping the bird.

Isn’t it amazing that in the simplest of situations you can sometimes find the most profound truth? The mother may have only meant to guide her son’s hand at that very instance, to save the bird, but there was a wealth of knowledge passed down at that very moment – adjust your grip so others can thrive, don’t tighten your hold without realising the consequences and, most importantly, develop a growth mindset that’s willing to listen to the advice of experience.