Ain’t no mountain high enough: Indians making a mark on the world map in 2018 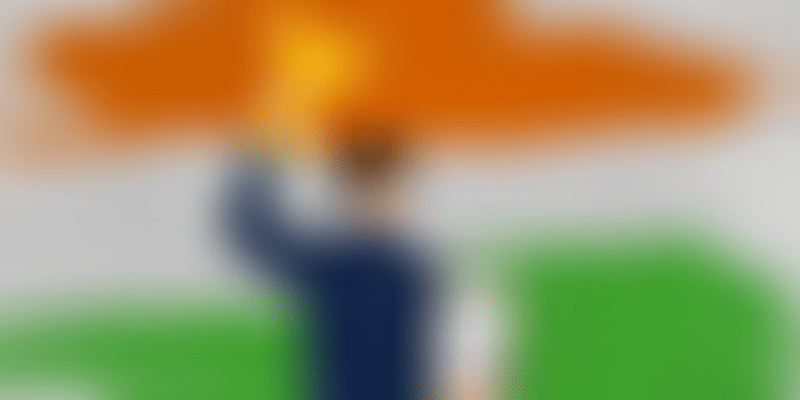 From science and architecture to politics, arts, and the movies, Indians gained global recognition this year for their contributions in various fields. As we inch closer to the end of 2018, YourStory lists a few Indians who have made a mark globally and made India proud.

Bharat Vatwani and Sonam Wangchuk were among six individuals who were awarded the Magsaysay Award, considered to be Asia’s Nobel Prize.

Mumbai-based Bharat and his wife treated mentally-ill persons living on the streets in their private clinic. Their tremendous courage and healing compassion to embrace India's mentally afflicted destitute was lauded at the ceremony. Sonam Wangchuk, too, was recognised for his social reforms in the field of education to transform the lives of students. The foundation lauded his "uniquely systematic, collaborative and community-driven reform" of learning systems in remote northern India, which helped to improve the livelihood opportunities of Ladakhi youth. The foundation maintained that Sonam's constructive engagement across all sectors in the local society helped to harness science and culture creatively for economic progress, thus setting an example for minority people in the world.

The Pritzker Prize for 2018 was awarded to Indian architect Balkrishna Doshi for his ability to interpret architecture and transform it into buildings that respect Eastern culture. The Pritzker Prize is a prestigious award and considered to be equivalent to a Nobel Prize in the architecture community. Ninety-year-old Balkrishna has worked towards improving the quality of life in his homeland, the Pritzker prize jury said.

Long considered to be one of India's foremost living architects and urban planners, Doshi is widely known for designing extensive, low-cost housing projects and public institutions. The judging panel said it recognised the Pune-born architect for his “exceptional” work, his commitment and dedication to his country and its communities, his influence as a professor, and for always being an excellent example to professionals and students the world over.

Balkrishna studied architecture at JJ School of Architecture, Mumbai, and, moved to Paris in 1950 to work with Charles-Edouard Jeanneret, popularly known as Le Corbusier.

Vikas Sathaye, a 50-year-old engineer from Pune, was honoured with an Oscar in 2018. However, he did not receive it for artistic reasons, but for his work in the field of science and technology. He was part of the four-member team that bagged the Oscar in the Scientific and Technical awards category. A camera the team designed – the Shotover K1 Camera system – has been used in a lot of Hollywood films, including Guardians of the Galaxy, Dunkirk, and Kong - Skull Island.

Born in 1967, Vikas grew up in Mulund, Mumbai. He completed his schooling there and moved to Pune where he finished his engineering course in electronics from VIT. He then did a master’s course in instrumentation from IISc, Bengaluru. Vikas worked as a professor at Pune's Cummins College of Engineering for Women for seven years before moving to New Zealand where he started working with Shotover Camera Systems, Queenstown. The camera - Shotover K1 Camera system - was designed by a team of four members that included Vikas.

A former graduate from Knox in Galesburg, Illinois in the US, comedian Vir Das was conferred with an honorary doctorate for his achievements in the field of performing arts. An Indian actor and now a well-known global comedian, Das is one of two Indian comedians to have a special on Netflix to date. He is also the first alumnus since 1971 to serve as a commencement speaker for the university’s annual commencement ceremony. In the past, notable personalities--including former US President Barrack Obama and actor Eva Longoria--had donned the same hat.

At a time when India is adapting to emerging global technological trends, 28-year-old Sonal Baid has become the only Indian to feature in the Unmanned Aircraft System (UAS) list 2018.

Earlier in November, Women and Drones had announced its Women to Watch in UAS list 2018. Among the 288 nominations from around the globe, this year was Sonal Baid, an aeronautical engineer from Vadodara, Gujarat, and the first Indian to be featured on the list. The Women to Watch in UAS list is an annual event organised by the Women and Drone group (an online global platform for women in the UAS industry), in partnership with Delair, GLOBHE, and Sundance Media group. The first list was announced in 2017 with 110 nominations.

At present, Sonal heads the product management and strategic operations at a San Francisco-based startup and strives to raise awareness about drones among the masses.

Hailing from Motihari district in Bihar, Prabhakar Sharan this year became the first Indian to play the role of a protagonist in a Latin American movie.

Prabhakar came to Mumbai with a dream to make it big in the Indian film industry. However, he did not find any success despite numerous efforts. He then decided to go to Costa Rica, a Latin American country, in search of work. In 2014, with a resolve to make a Bollywood-style film in the country, Prabhakar made his debut in the Spanish movie Enredados: La Confusion (Entangled: The Confusion). It became a box-office success and was declared one of the most popular films of 2017 across the country.

Prabhakar’s debut movie is said to be the first Latin-American film made in the quintessential Bollywood manner with the typical song-and-dance routines.

Hailing from the picturesque town of Siliguri, 29-year-old Biplap Sarkar bagged the seventh spot at the Glenfiddich Emerging Artist of the Year 2018 with a cash prize of Rs 10 lakh and an international allowance and work allowance of Rs 1.2 lakh and Rs 5 lakh respectively. His winning artwork puts into the spotlight an urban narrative – the lifestyle and challenges faced by street vendors and hawkers at heritage sites and local markets.

A 17-year-old artist-in-residence programme, the award takes winners to Glenfiddich distillery in Scotland. Five other Indian artists have also made it to the final list, including, Akhil Mohan, Sitaram Swain, Vandana Kothari, Subhendu Misra and Mangesh Rajguru. Biplab indulges in conversations with these hawkers, who eventually give shape to his art form. He has an MFA in Painting from College of Art, Delhi University, and has hosted several art exhibitions across the country.

Noted as one of the promising names in the cybersecurity space, 25-year-old Trishneet Arora found a place on the 2018 Forbes 30 under 30 Asia 2018 list. A school dropout from Chandigarh, he made it to the prestigious list that celebrates innovators and game-changers who, at or under the age of 30, are changing Asia for the better.

Founder and CEO of TAC Security, Trishneet is a cybersecurity expert and an author. His company is based out of Mohali and works to assess the vulnerability and offer penetration testing for corporates in the cyberspace, according to an IANS report. Previously, Trishneet was named one of the 50 most Influential Young Indians by GQ magazine.

Anish's single Starry Night, featuring Zach Sorgen and Kelechi, made it to the global charts. Over the last one decade, Anish has contributed in a big way to the country's electronic music scene and has performed and collaborated with names like David Guetta and Sunburn.

In the 18th edition of Miss Deaf World-Europe-Asia Beauty Pageant held in Prague, Czech Republic, Mani Gulati and Nishtha Dudeja emerged as the winner for Miss and Mister Asia 2018 title, respectively. Twenty-three-year-old Nishtha from Haryana has become the first from India to win the title since the tittle’s inception. Besides, she has participated in Deaflympics 2013, (held in Sofia, Bulgaria), World Deaf Tennis Championship 2015 (held in Nottingham, UK), and Deaflympics 2017 (held in Samsun, Turkey).