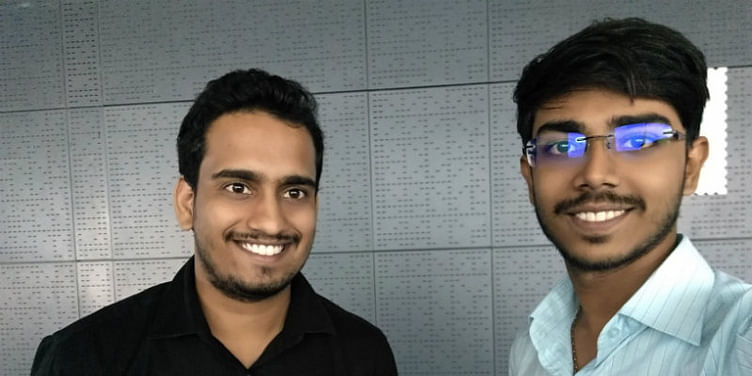 The year was 2015. Gunjan Gupta was working on his startup, Tellmate, which sought to tap technology to make a mobile app and a wearable vision device to help visually impaired people. The amount of coding Tellmate needed was high and when Gunjan sought coding help online, he came to a dead-end. That’s when he decided to turn his pain point in to an opportunity and started MATLAB Helper in June 2015.

MATLAB (short for Matrix Laboratory) is a programming environment developed by MathWorks, an American company. It is used to develop applications and design projects to run simulations and draw insights from huge volumes of data.

Jaipur-based Gunjan founded MATLAB Helper along with Aditya Chaudhary (now the COO) with an investment of Rs 12,000 and began by offering personalised coding expertise as well as training in MATLAB and then moved to a full-fledged suite of services designing and executing projects in MATLAB and Simulink, also developed by MathWorks.

MATLAB can help design, prototype and deploy applications based on the latest technologies such as Machine Learning, Artificial Intelligence, Internet of Things (IoT) and image processing.

Gunjan points that automotive brands like BMW and Audi use automation implemented on the MATLAB platform. It is also used in engineering and finance, among other applications.

"It can be used to predict the stock market and one can also do medical analysis using it," he says.

Given the scale of solutions that MATLAB is used for, users often need help to move forward, just like Gunjan had with Tellmate. MATLAB Helper’s customers include Masters and PhD students and startups and enterprises. While STEM students are often looking for training or problem-solving, companies seek out MATLAB Helper for their R&D offering.

To begin with, the startup offered learning material and video tutorials along with blog posts. However, Gunjan’s biggest challenge was reaching out to the target audience. So they began distributing this content via their Facebook and LinkedIn groups to spread the word. They also built online quizzes, courses, and webinars, all of which are now full-fledged offerings.

In the last month alone, the website saw 1,625 subscribers with “2.52 percent of them looking for paid services”, he adds.

“These client requirements are termed as prospective tasks - about 17.07 percent of these tasks were converted into transactions with Rs 3,176 as the average revenue per transaction,” Gunjan says. “For every transaction, we pay between 20 and 55 percent to our experts and Rs 875 to the internal team and contractors,” he adds.

The founder claims the average lifespan of a project is six months and involves about six transactions. Their customer acquisition cost is Rs 400, with an average lifetime value of Rs 2,849, he says.

While Gunjan, 25, is CEO, Co-founder Aditya Chaudhari is COO. Aditya started out an intern at MATLAB Helper and helped train students. He also assists professionals with programming for their research. Gunjan himself is a certified MATLAB Associate. Besides being the CEO of Tellmate, the company he started before this, he also heads the Airavanth Foundation, a non-profit organisation that supports human progress through innovation and technological advancement.

MATLAB Helper also has four full-time experts along with contractors who work on freelance basis. Projects are distributed to experts depending on their interest and profile. Payment is made on a project-basis and ranges between Rs 750 and Rs 2,500 per hour.

The startup is incubated at iStart Rajasthan and also has an office in Jaipur. It claims to have over 300 clients and says it has helped students and professionals with over 1,000 projects and produced more than 100 tutorial videos with more than 80,000 views.

According to Statista, the information technology and software industry contributed 7.7 percent to India's GDP in 2017. While companies like Noida-based Rubix Technologies, Finesoft Technologies, and Sofcon India Pvt Ltd compete with MATLAB Helper, what sets it apart is its focus on client and expert connections.

Talking about their USP, Gunjan says,

"We are training next-generation technology developers. While everybody else is focused on wrapping up the work, our main focus is to provide a platform where our customers can learn and thus, implement the solution."

Gunjan plans to expand MATLAB Helper's services by providing workshops and corporate training. “We are looking to partner with organisations and provide B2B support with skill development,” he says.

The startup recently conducted offline courses for students at BITS Pilani and plans to tie up with more educational institutes and universities. It also plans to lead the tutoring segment in a few years, with assistance in not just MATLAB, but other programming languages as well.