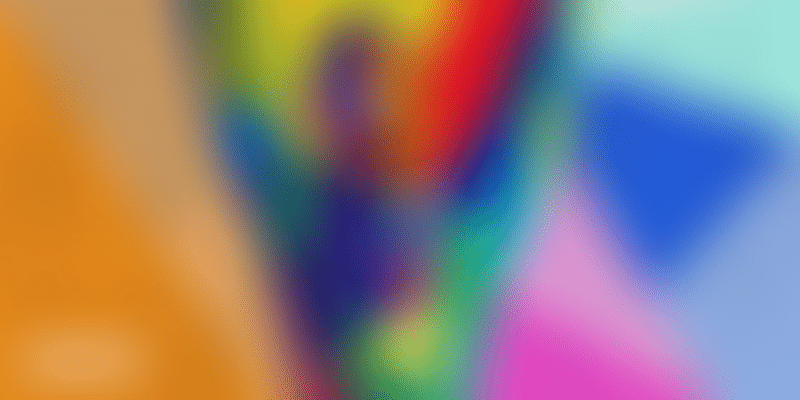 Be it athletics, Paralympics, or traditional sports like cricket and hockey, these sport stars surmounted many challenges to create history in 2018.

Rani Rampal was a teenager when she made it to the Indian hockey team in 2010. Eight years later, she is leading 16 players as team captain for the upcoming World Cup in London. At 23, she is already a veteran - she has scored 134 goals in 212 international appearances. For someone whose father worked as a cart-puller, Rani's journey is an inspiration for millions across the country.

While lack of infrastructure, opportunities, equipment, and training support adversely affects sporting talent in small towns, villages and remote areas of India, the country has multiple examples of people who have defeated all odds to emerge victorious.

Nisar Ahmed is a 15-year-old boy from Delhi whose father works as a rickshaw-puller, while his mother is a domestic help. Nisar, his elder sister, and their parents live in a 10×10 foot room in Bada Bagh slum, Azadpur. But his family situation did not deter him from dreaming; his dream was to be an accomplished sprinter. A few years ago, the physical education teacher in his school saw him running exceptionally well even without running shoes. The teacher realised that the boy had “natural talent” and took him to an inter-zonal event.

Nisar won without having to try hard and the coach started training him. His everyday schedule – a mix of school and training – is very hectic. His parents cannot afford to buy him all the nutritious food he requires to stay fit. Despite that, he has broken the U-16 national record twice.

Divyanshu Ganatra was just 19 when he lost his sight to glaucoma. The boy who loved nature and revelled in cycling, climbing mountains, and trekking could not come to terms with confining himself to the four walls of a room. He fought the odds to emerge as India's first blind solo paraglider.

Divyanshu's journey began with his anger and frustration over dealing with a sudden, difficult, and dark phase that he was not prepared for. Even his ability to walk alone was questioned by people every single day. He went to a rehabilitation centre hoping to get equipped for life, but couldn't stay there as the only career suggestions were that of a telephone operator or chalk-maker. He continued to believe that a disabled person can do much more than what society thinks. Divyanshu, who knew he belonged in the outdoors, slowly started going for cycling and other activities like climbing, which ultimately led to paragliding.

In 2014, Divyanshu went on to become India's first blind solo paraglider. This led him to start, in the same year, the Adventures Beyond Barriers Foundation (ABBF), which attempts to bridge the gap between the able and the disabled, in collaboration with Firefox Bikes, a leading brand of imported cycles in India.

Seventeen-year-old Yashasvi Jaiswal moved from Bhadohi in UP to Mumbai for the love of cricket, and joined the India Under-19 team on the Sri Lanka tour this year.

Yashasvi moved to Mumbai alone when he was 11 years old to fulfill his dream of pursuing a career in cricket. Yashasvi's father, a small shopkeeper in Bhadohi, did not stop him from making the move as he was finding it difficult to feed the family. For nearly three years, Yashasvi lived in a tent at the Azad Maidan ground. He ensured his family never got to hear about his struggle as that would mean the end of his dream. The money his father sent was not enough so Yashasvi started selling pani puri and fruits at Azad Maidan. Local coach Jwala Singh spotted Yashasvi and took him under his wing. That was the beginning of his cricket innings.

Chennai Super Kings' left-handed batsman Ravindra Jadeja, who became the most expensive player in 2012 after the Chennai team offered him $2 million (Rs 9.8 crore), has humble beginnings.

Jadeja's father, Anirudh, a watchman at a private security agency, always backed his son’s dreams. Jadeja's mother, who died when he was in his teens, always wanted him to play for India. She had ensured her son had no cause for complaint on the cricket front by supporting him. Jadeja played for India's U-19 cricket team in 2008, when India won the World Cup in Malaysia. Since then, there has been no looking back for “Sir Jadeja”, as he is fondly called on social media.

B Anusha had completed her Class X in Hyderabad last year, when her family decided to get her married. The 15-year-old readily agreed as she believed it was “normal”. But, fortunately for her, the police and child rights activists heard about it, intervened on her behalf, and stopped the child marriage. A year later, Anusha has been selected to play for India's U-19 Rugby team, and her mother is determined to let her daughter make her own decisions.

Anusha's family is from Kandkuru village of Nalgonda district. After her father abandoned the family, her mother came to Hyderabad - where she works as a security guard - with Anusha and her brother.

India's Rohan More recently became the first Asian swimmer and the youngest to swim across the Cook Strait between North and South Islands of New Zealand. Rohan completed the feat in eight hours and 37 minutes. Starting from North Island in temperatures of around 19 degrees Celsius, Rohan battled inclement weather and a sudden drop in temperature to complete his task. With this feat, he became the ninth person in the world to complete the Ocean's Seven marathon.

Rohan started swimming in the early nineties at the age of four. He had weak lungs and his mother was advised by the family doctor to make sport a habit so he could increase his strength. He did not take to water initially, but things changed soon and he started practising swimming regularly.

Pooja Dhanda, of Haryana, started her career as a judoka but joined wrestling in 2009. She defeated the reigning World and Olympic Champion Helen Maroulis in the Pro Wrestling League (PWL) earlier in January 2018.

Hailing from a small village called Gudana in Hisar district of Haryana, the 24-year-old has had a topsy-turvy ride. A knee injury brought in some of the lowest moments of her life and forced her into a rehabilitation phase for almost two years. After this, she took the advice of wrestling coach and Asian Championship winner Kripa Shankar Bishnoi, who believed Pooja’s body structure and interest were more suited to wrestling than judo. Before 2009, Pooja had already bagged three international medals in judo, including a silver medal at the 2010 Youth Olympics.