Mobile gone bust? Now get it fixed at home through Mobigarage 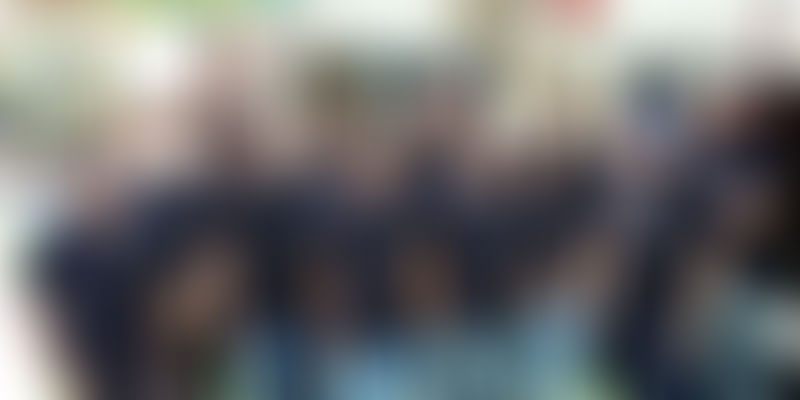 Does your mobile phone have a cracked screen because you dropped it? Software acting up? Need to replace a part? Let Mobigarage help you with its doorstep mobile repair services.

It always happens when you least expect it to. It goes blank. Sometimes, it just hangs. Or loses a part. And brings your life to a standstill. We are talking injuries here but of a different kind. Today, a problem with your smartphone can “immobilise” your life in different ways.

In such a situation, the “victim” - the owner of the damaged or malfunctioning smartphone - will either have to visit the manufacturer’s service centre, which is usually a cumbersome and time-consuming process and costs a bomb, take the offline mobile repair shop route, which may not use genuine parts, or give warranties.

According to market research firm IDC, smartphone shipments in India touched an all-time high of 42.6 million units in the July-September 2018 quarter, registering a year-on-year growth of 9.1 percent.

With the rise in smartphone users, the number of damages and failures of these phones, too, are rising and the one-year warranty that comes with the phones doesn’t usually cover them.

This is how it works. Once a user books a service online, a Mobigarage’s technician will visit the user, inspect the damages, and repair parts like a broken battery or a cracked screen on the spot.

“However, not all damage can be repaired on the spot,” says Vaibhav Kapoor, Director and CEO. In that case, the startup provides a pick-n-drop facility and repairs the phone within 36 hours.

Delhi-based startup Mobigarage also provides a standby phone, so the repair does not hinder the client’s routine and productivity. He adds that the company aims to change the mindset of the customer, who until now believed that “buying a new phone was easier than getting a phone repaired".

“The idea is to cater to every individual and organisation, and provide them mobile repair and spare-part solutions at their doorstep at their convenience,” says Vaibhav.

The seeds of Mobigarage were sown when Vaibhav Kapoor was still in the US working as a consultant for a Fortune 500 company. He started connecting with mobile phone spare parts vendors to sell parts on eBay in India.

Soon, Vaibhav started selling parts on other ecommerce platforms like Amazon and Flipkart along with his cousin, now his co-founder, Ujjwal Sehgal.

“A year ago, we realised the importance of offering organised mobile repair services, which led to the starting up of Mobigarage,” says Vaibhav. Later he roped in the other co-founders, Pulkit Kapoor and Abhinav Mahajan to drive operations.

The company generates revenue from two working models - B2C and B2B. While it offers mobile repair services to individual customers, it also caters to the corporate sector through the ‘Corporate Edge’ programme. It sets up a system where all mobile care services are offered to the entire workforce at discounted rates.

On the enterprise (B2B) side, the company generates revenue by providing spare parts to mobile repair and refurbished companies. Mobigarage works with companies like Flipkart, Rentomojo, F1, Jeeves, and Cashify. “Flipkart's 2Gud platform buys 80-85 percent of its spare parts from Mobigarage,” informs Vaibhav.

In the ecommerce space, Mobigarage competes with companies like Cashify, Yaantra (formerly Gadgetwood), Justlikenew, Buzzme, among others, apart from the big two – Flipkart and Amazon who have also recently entered the space in India.

Besides door-to-door phone repair, scheduling repairs online, genuine and rare spare parts, the cost of repair at Mobigarage is 20-30 percent cheaper than the market as the startup directly procures parts from vendors in China and other countries.

The founder claims that MobiGarage is one of the fastest growing companies in this space. “We saw a 400 percent growth in the last fiscal, and expect a five-fold increase in revenue to Rs 2.5 crore this fiscal year. It caters to more than 150 smartphone brands and is registering an average of 2,000 monthly orders. The orders are growing 100 percent month-on-month. We are already profitable with a net profit of 20 percent in FY2018.” says Vaibhav.

Seed funding on the way

Mobigarage is in talks with angel investors and is expected to close its seed funding round for an undisclosed amount by January 2019. The funds will be used to facilitate smooth penetration in different markets in India and for marketing.

Going a step ahead, the startup is now eyeing the mobile insurance market, as well as mobile phones accessories such as charging port cables chargers, earphones, sim ejector pins, and others.

“India is a price-sensitive market and offering an affordable range of good quality accessories is like hitting the bullseye. Subsequently, we are also looking at opening a chain of offline stores in Delhi, Pune, Mumbai, Bangalore by the first quarter of 2019,” Vaibhav says.