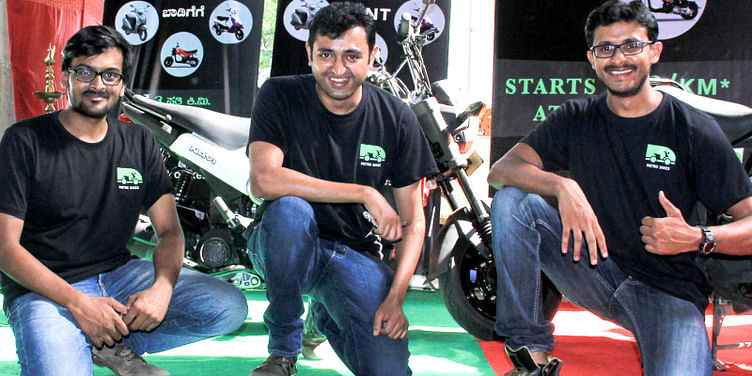 Bounce (earlier Metro Bikes) announced it has acquired the India assets of Chinese-bike sharing giant Ofo. Some members of Ofo India's senior management team have also joined Bounce. The terms of the deal were undisclosed.

Earlier this year, Chinese dockless bike sharing unicorn Ofo had entered India with a big bang. It entered into tie-ups with civic bodies in Pune and Coimbatore and started operations in these cities. During the launch, Dai Wei, CEO and Founder of Ofo, had said in a conversation with YourStory: “India is one of the key regional markets for Ofo globally. We are thrilled about starting our services and are committed to expanding our services in the Indian market, [and helping] solve issues related to traffic congestion and air pollution.”

The company claimed it clocked over 1.1 million rides in just 10 weeks of operations in India. Globally, it sees 32 million rides per day, of which 30 million are in China. It has 10 million bikes globally.

A few months down the line, however, Ofo was faced with a cash crunch across geographies and while there was good demand for the service, there were not enough bikes available. Soon enough, Ofo sent out a press note stating it wanted to focus on mature markets. In July, it shut operations in India. Australia, Czech Republic, Austria, Germany, and Israel followed.

Ofo had been in talks with scooter sharing platform Bounce to sell its India assets.

While Bounce refused to share details on the acquisition, Vivekananda HR, Co-founder, Bounce, explained why they looked at entering the dockless bike-sharing market.

“We bought bicycles from Ofo and acquired some key employees. We are not married to a form factor. For distances between 1 and 2 km, we feel the right form factor where infrastructure is available would be on a bicycle or electric bikes,” he said.

A former senior employee at Ofo said the platform had not failed in India. “The growth we saw in India was phenomenal. We saw close to double-digit growth. The problem was that we started facing a cash crunch. Also, the founding team was looking for an IPO in the coming year.”

He added, “India was one of Ofo’s good markets compared to Europe and Australia where the abuse was much more.”

Ofo’s competitor Mobike, which was acquired by Meituan, also gave it a tough competition. Mobike, which launched in India at the same time as Ofo, is still operational in Pune’s Magarpatta township.

While the shutdown and acquisition in India might seem like a gloom-and-doom situation, Ofo, which has raised over $2 billion in funding so far, is doing rather well in several other markets. In Paris, Ofo is believed to have close to 10,000 rides each day.

Globally, the number of shared bike users was estimated at 209 million in 2017, and the market was worth 10.28 billion yuan. An iMedia Research report shows this number will touch 298 million users, and be worth 17.82 billion yuan, by the end of this year. By next year, the number of users will be 376 million, with a market size of 23.68 billion yuan.

Vivekananda believes dockless bike sharing is about execution and that tech is an enabler.

“The commute is broken in India and solving this will have a great impact on the economic growth. The commute is a large opportunity and [there’s] a lot of action in this segment. Scale this solution across India and bring in new form factors based on use case and customer preferences,” he said.

According to media reports, the bicycle market in India is worth $1.2 billion, and production currently stands at 15 million units. To date, bicycles remain the most important mode of transport in rural India.

Bounce had raised $12.2 million Series A funding led by Sequoia India and Accel Partners in August and had rebranded from Metro Bikes to Bounce. In September it also raised $3 million debt funding led by InnoVen Capital.

Speaking of the future, Vivekananda said, “We will keep scaling. Our focus is to offer consumers convenience and we will keep doing things to enable this. We are currently solving commute problems through scooters, and we feel users would use Bounce not for the scooter but for how well we enable them to commute from point A to point B.”

“Do I dare disturb the Universe?” – Remembering T.S. Eliot on his 128th birthday

These 6 startups are making sure healthy, nutrient-rich meals reach your doorstep every day