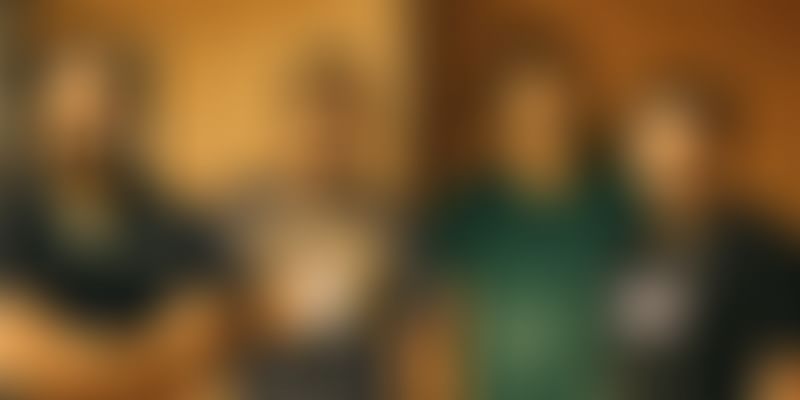 Having started life as a WhatsApp-based service, Dunzo now runs all kinds of errands for customers across four cities in India, and almost all of it is managed by a machine learning-based platform.

Hyperlocal concierge app Dunzo works on one principle - getting your task done in the quickest possible time. What started as a hyperlocal personal task management platform in Bengaluru on WhatsApp is now a full-fledged automated app-based service present in three other cities - Gurugram, Hyderabad and Pune - and soon to start in Chennai as well.

A couple of years back, Dunzo was carrying out all kinds of tasks all across Bengaluru. And keeping it all running smoothly was a small team of individuals who assigned tasks, ensured they were completed and then re-assigned to the next set of orders. The personal attention made sure that customer satisfaction and trust in Dunzo stayed high.

The hyperlocal task-management startup shot to fame nationally when it became the first company in India that Google invested in, putting up $12.3 million. But how do you scale an operation like that to more than one city and beyond, and make sure that things run smoother than ever, and make money?

Doing it all for you

If you haven’t used Dunzo, here’s how it works – you download the app and can request an errand. Forgot something at home and need it at the office? Ask for a pickup-and-drop. Need your dry-cleaning fetched for an important meeting the next morning? Just hand over the receipt and have them deliver it to wherever you are in the city. Have a document to be photocopied and delivered to your bank manager? Dunzo will do it for you.

It also has partnerships with a variety of restaurants, grocery stores, pharmacies, pet supply stores, meat shops, etc. from where you can shop directly from within the Dunzo app and have them deliver it to you anywhere in the city.

In terms of food delivery, their advantage lies in delivering from restaurants from anywhere in the city, whereas most food delivery startups deliver only around a certain radius.

Early on, Co-founder and CEO Kabeer Biswas would run tasks himself.

“Running tasks like picking laundry and doing pickups and drops for over a year helped me really understand the time it takes. I also realised the process could be optimised with technology,” he says.

Today, 80 percent of their tasks are completely automated and run without any human intervention. It’s what has enabled them to scale. In October this year, Dunzo completed over 1 million transactions to date and completes an average of 30,000 transactions every day from across four cities.

“In 2015, most of our tasks required a human to monitor and run them. Now over 80 percent of our tasks run without any human intervention,” says Mukund Jha, Co-founder and CTO.

How it works now

From a WhatsApp-based model, this hyperlocal “task running” business evolved into a rudimentary app, where customers can create a list of whatever tasks they need done.

“Over time, we have made this simpler by seeing what tasks are the most done on the platform and creating buckets - pickup and drop (send packages), food or restaurant orders, groceries, medicines, meat, pet supplies, fruit and vegetables and more,” says Kabeer.

Today, every transaction today is broken into acceptance of a task, assigning a delivery executive, location, item confirmation and money transfer. Mukund adds that a lot of these tasks were done manually before.

Earlier, an employee would check if a delivery partner was available and assign tasks accordingly. Once this was confirmed, a conversation would be initiated between the user and the partner with constant monitoring to see if the latter was moving towards the pickup location, and then headed towards the drop location. Mukund says,

“Today, we run a bunch of machine learning and rule-based algorithms that check which tasks are stuck or at an error state. If you have filled up your pickup and drop address, the information is automatically assigned to a task. If a partner, for some reason gets stuck at a location, the algorithms send a notification, only then does a human intervention take place.”

For example, he says, if a partner gets stuck at a grocery task for two items (something that shouldn’t take more than 15 minutes), a human being will intervene.

“The idea is to reduce the friction towards completing a particular task. The focus is to reduce the cost per transaction, and that can be done by reducing time taken in reaching a pickup point,” says Kabeer.

To add a layer of automation, Dunzo has built-in merchant and product tie ups, and has focussed on cataloguing. Now, stores and restaurant have a list of items that makes it easy for users to choose the items they want.

With these tie-ups, the team ensures that the store or merchant gets the details of the order accepts and keeps the items ready, and the Dunzo partner picks it up and drops it at the drop-off location specified by the user - just like Swiggy or Zomato.

Currently, Dunzo charges its merchant partners a commission percent ranging between 10 and 12 percent of the total delivery cost. The company has tied up with over 350 merchants across the four cities it operates in. The sheer complexity of tasks it can carry out means that it is fast becoming a verb – just Dunzo it.

Says Sandhya, a 34-year-old marketing professional based out Bengaluru, “Dunzo has given me the power to prioritise my tasks. I don’t need to drop everything I am doing and run to pick something up. If I have forgotten to buy medicines because it was a busy day, I can get it delivered at my doorstep with zero hassle. From a dress to my food or urgent papers, I just Dunzo everything.”

So, what if the order flow is a little more complicated - pick up some papers from home, photocopy them and then deliver it to your office?

“We work on matching the right partner to the right task. For this particular example, we would need a partner who has done over 100 tasks and has an approval rate of 85 to 90 percent. Assigning depends on the task, store and neighbourhood,” says Mukund.

Once a customer confirms an order, the algorithm checks the type of task, store location, looks for the item list and helps estimate the supply time to reach the store, and the estimated time of arrival.

“The runner needs to know the cost he makes out of the transaction, which is typically Rs 65 or Rs 90, depending on his ratings. The delivery partner sees the value of the transaction, an accept button, and if the pickup location is within 3 km,” says Kabeer.

The incentives are dependent on two things - number of orders completed and the nature of the order (a more complicated order might have a higher incentive vis-a-vis a simple straightforward order like buying a soft drink bottle from a neighbourhood store).

A complicated task like buying a month’s supply of groceries will give the partner an incentive of Rs 90, while buying a packet of chips or a soft drink bottle will give Rs 65. But the costs and amounts vary on the city, the area and the type of tasks.

Bike taxis for the win

What has helped optimise this is the launch of bike-taxis, which they have currently piloted in Gurugram. Kabeer explains that this helps in reducing the cost per transaction, as they are also gaining from a ride.

“The value of the transaction is pre-determined by the algorithm, which makes it simpler to communicate the same to the user,” says Kabeer. The algorithms bases historic data, behavioural patterns of consumers in different areas and predicts when the demand will be high or low.

The surge pricing works around 1.5x to 2.5x. Mukund explains that the team has built systems to help support different categories of orders like Dunzo Bike and Business to Business tasks. It has built a catalogue for local stores to deeply integrate with local merchants to make orders run as efficiently as possible with predictability.

“We've also streamlined our best practices to help increase engineering velocity including things like auto - deployment, better monitoring, logging, etc. Then, we are also experimenting with something like ‘batching’, where we are trying to batch different tasks,” says Mukund.

The batching works where the user’s affinity to wait for a task to be completed might be higher - like a grocery delivery during the afternoon. This, the team explains, help with supply on ground.

The business of hyperlocal

“When we put in our bet in Dunzo, it was being run on WhatsApp and the company was in its early stages. And practically every quarter, I have seen the company add in layers with the idea of making tasks simpler and easier for the users and even the delivery partners.”

The on-demand business is a tough one – the frequency of the business needs to be high; there needs to be a strong liquidity of demand and supply. An analyst, on account of anonymity, had then said: “The product is great, the way the operations run is seamless, but the question arises in the scale.”

However, Karthik believes that scale isn’t restricted to food delivery and cab services.

“Hyperlocal businesses are tough, but Dunzo has proven that there is a need in the market. It has gotten a cult following of sorts. If you look at the behaviour that they modelled in the market, the customers and the metrics, it’s gotten stronger. They even operationally broke even few months back,” he says.

Kabeer adds that they make Rs 25 off each transaction.

It is clear that demand and its use cases can work only when consumers feel that the price to pay is reasonable. The balance is tough to make and this isn't just in the case of Dunzo; giants like Ola, Uber, Swiggy, Zomato and BigBasket suffer from this as well.

While Dunzo makes your life easier by crossing many points off your to-do list, it will be interesting to see how far the company continues to scale, and what new technologies are added to further simplify the process.