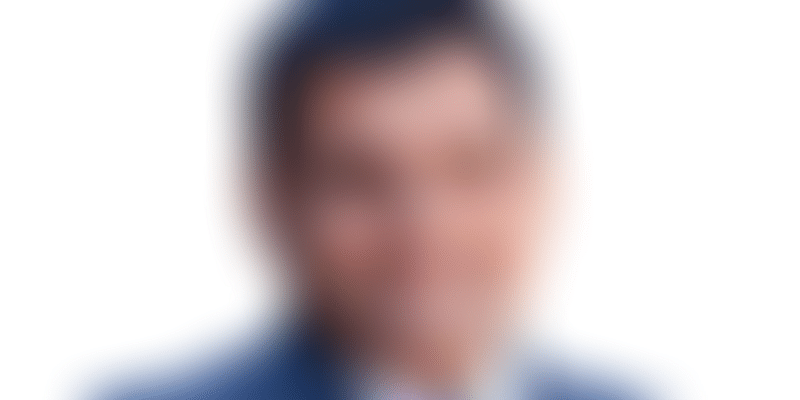 Prathaap B lives by testing his limits and that has helped him scale new heights, he tells YourStory in a chat.

For someone who received his flying license at 17 before he got his driving one, Prathaap B does not fly jets anymore. After his plane crashed, he survived to tell the tale but had to stop flying. Since his crash, he quit the Air Force but did not stop dreaming of reaching for the sky.

Now a founder of four ventures, including a social venture called PotholeRaja that offers an easy solution to anyone interested in fixing the potholes in their city, Prathaap is set to scale new heights.

“At every crossroad, the question I asked myself was can I do this? Am I capable of achieving this?” he says talking about the motivation to keep pushing his limits.

As a first-year college student, Prathaap represented Karnataka, his home state, at the Republic Day parade in New Delhi and received the best cadet award from the former late Prime Minister Atal Bihari Vajpayee. “He told me, ‘boy, you have a long way to go’,” says Prathaap.

This led him to the UK on an exchange programme which is where he got a chance to learn flying. Prathaap says he has been blessed with a long-term vision that helps him achieve the milestones he sets himself. “I can visualise 15/20 years ahead and that makes it easy to work around the everyday hurdles I may encounter,” he says, adding, “My first vision was to cross the speed barrier, which I did in a fighter jet.”

Prathaap says his second vision was to be the Air Chief Marshal, but his dream crashed after the accident. Once he took up a corporate job, he asked himself what the equivalent of an Air Chief Marshal was in the corporate sector. “I was looking at the CXO position and tried to learn about things that are really important,” he says. Prathaap’s last designation was Global VP at HP, and he adds, he was the youngest in that position.

Prathaap came up with six important learnings that he believes are ingredients for success:

For the past eight years, Prathaap has been an entrepreneur and continues to question his potential and test his limits.