The good, the bad, and the outrageous: 10 times Elon Musk made news this year 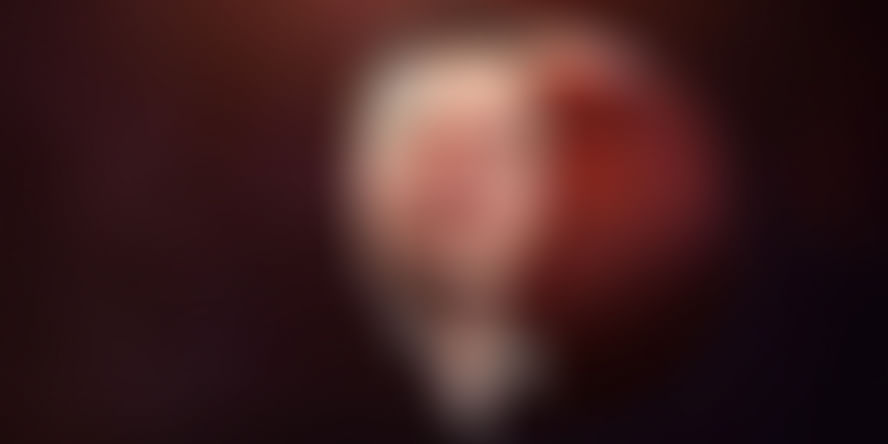 From his warnings against the potential dangers of Artificial Intelligence (AI) to his incredible space explorations and his eye-grabbing tweets, Elon Musk stayed a news staple in 2018.

Master of one-liners Hunter S Thompson once said, “When the going gets weird, the weird turn pro.” He would probably have had Elon Musk on his mind if the statement was made today.

A hugely polarising figure, the serial tech entrepreneur has been nothing less than a news staple this year. His host of tech enterprises are constantly innovating, creating, achieving futuristic milestones, and churning headlines. He keeps busy, fuelling his follower’s imagination with one outrageous tweet after another.

But this is the thing about Elon Musk. His statements are seldom just a passing remark.

If memory serves right, in 2016, frustrated with the traffic congestion in Los Angeles, the Boring Company founder had made a humorous reference to his tunnel digging business as a solution. Two years since the suggestion, things have got real and now Musk is actually going around offering test drives in his newly-finished tunnel.

CBS reporter Gayle King was one of the first ones to try the ride – and in her own words, “it was very cool”.

Musk has also been caught on the wrong foot a number of times. When he infamously compared artificial intelligence (AI) to an immortal dictator for instance, not many were pleased about it. Google billionaire Eric Schmidt in particular, seemed wary of the statement and wasted no time in calling Musk out.

“Elon is exactly wrong… because he doesn’t understand,” he said. And this is just one of the many instances when the billionaire businessman faced criticism.

Good, bad, and the outrageous, these are 10 times, when Musk stumped the world with his achievements:

With David Bowie’s Life on Mars (Space Oddity would have been ideal, btw) blasting in the background, Musk sent his cherry red Tesla Roadster and ‘Starman’ (a spacesuit-clad mannequin) off to outer space in February, marking an iconic moment in space exploration. The car and the ‘Starman’ comprised the payload of a key launch – the Falcon Heavy Rocket – that Musk-led SpaceX blasted off into space on February 6 from the Kennedy Space Center at Cape Canaveral, with the ultimate goal of interplanetary exploration in the near future.

Around half-a-million people gathered around Florida’s space coast witnessed the event as a million others watched it via a webcast.

Being the boss of a handful of companies can be a costly affair, but if you get the job done the rewards can be more than satisfactory. Especially the paycheck! In March, Tesla shareholders jointly decided to approve a plan that could mean a $2.6 billion compensation package for CEO Elon Musk, albeit he meets his targets. The goal for him is to take the market cap of his electric car company from today’s $53 billion to $650 billion by 2028. And if Musk succeeds in doing so, he could be on his way to becoming the richest US CEO in history.

“It scares the hell out of me,” Musk said while reiterating his warning against the dangers of artificial intelligence (AI) at the South by Southwest tech conference in Austin, Texas in March. A vocal critic of this cutting-edge technology, the Tesla and SpaceX boss has voiced his fears in the past – like that one time when he called AI more dangerous than North Korea – and it was no different this time around. He said AI could be more dangerous than nuclear warheads before suggesting a regulatory body to oversee the evolution of this tech at the annual SXSW meet.

In light of the Cambridge Analytica scandal, when a user suggested Musk delete the Facebook page of Tesla, the CEO happily obliged. He wasted no time in joining the #deletefacebook movement and straightaway removed the two pages of Tesla and SpaceX from Facebook, before confirming the news via a cheeky post on his now-favourite microblogging site, Twitter. "What's Facebook?" he tweeted in response to a user’s demand, and followed it up with another post calling the erstwhile Tesla page “lame”.

If Musk’s words are any indication, Tesla is “so bankrupt, you can’t believe it.” No this was not a joke, he actually tweeted this out – wait for the catch – on April Fool’s Day this year. While the first few words of his tweet waer just enough to send shareholders gasping for breath, the remaining language of the post made it quite obvious that the Tesla boss was just kidding, making light of Tesla’s rumoured financial troubles.

“Elon was found passed out against a Tesla Model 3, surrounded by ‘Teslaquilla’ bottles, the tracks of dried tears still visible on his cheeks,” he added in a second tweet.

There’s seldom a dull day in the world of Elon Musk. Faced with multiple production and deadline issues, the tech entrepreneur issued a set of guidelines to Tesla employees in April in an email – the content of which was eventually leaked on the internet. And this isn’t even the best part. The instructions detailed in the email were as whimsical as they could get, urging employees to drop off a call or walk out of a meeting if they realise they aren’t contributing anything. Musk also stressed on doing away with “acronyms or nonsense words for objects, software or processes at Tesla”. And last but not the least, “always pick common sense as your guide.”

In November, Musk sent tongues wagging after he tweeted about what he thinks is the ideal number of hours to put in at work – almost 80 a week. “There are way easier places to work, but nobody ever changed the world on 40 hours a week,” the Tesla CEO said. Of course, his recommended work-hours are way above what most employees around the world work, but the same can’t be said for entrepreneurs and business leaders. In fact, in conversation with YourStory, many Indian business owners and company founders revealed that they work for roughly between 70-100 hours a week.

Among the few times that his tweets backfired, the fiasco surrounding the rescue operation of a group of young football players trapped in the Thai cave holds #1 spot. As the incident unfolded in real life (and on social media) a war of words unraveled between the tech boss and Vernon Unsworth, a Briton who helped with the rescue. The bone of contention was Musk’s offer to help with the rescue operation. Eventually, bitter words were exchanged and threats of a lawsuit were made with Musk putting an end to the argument with a Twitter apology.

In August, Musk was on the radar of the Securities and Exchange Commission, thanks to his tweet about taking Tesla private at $420 per share. In the post he stated that funding has been secured, sparking reports of an investment from Saudi Arabia. No sooner had he shared the tweet than Tesla’s stock prices soared and the SEC launched a securities fraud lawsuit against Musk. The debacle ultimately ended with Musk reaching an agreement with the US regulatory body, appointing a new Chair, and a $20 million fine.

Despite all the hullabaloo surrounding Musk and his tweeting habit, 2018 is (almost) off to a great end for this serial tech entrepreneur. With the goal of solving the “soul-destroying” urban traffic situation, Musk had founded The Boring Company – a construction firm – in 2016 and just this month he unveiled the first fruit of his endeavour. A 1.14-mile underground test tunnel, which is Musk’s idea of easing the congested highways in LA (and perhaps a bit of the bad press too, eh?)