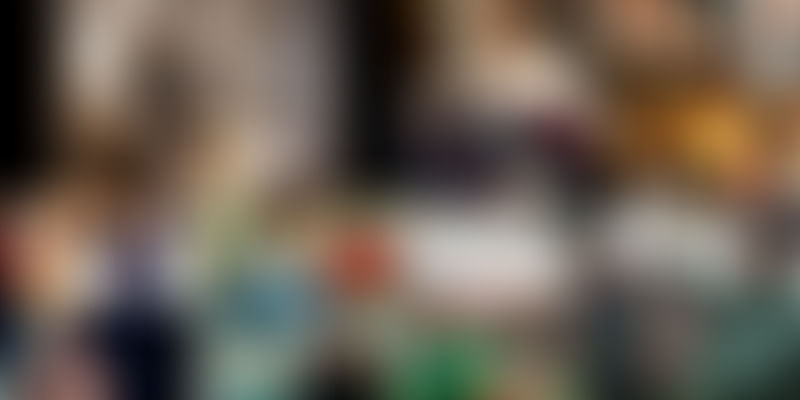 YourStory presents a list of inspiring stories that grabbed eyeballs and showed a ray of hope to readers across the country.

2018 has come to an end, and here is a toast to stories that showed the best of the human spirit – that inspired each one of us to do better and live fuller - from a small-town dreamer who rose to fame in Latin America, to a star-studded wedding that showed respect for the environment.

The star who lit up a village

Besides winning with her performance in films like Raazi, Udta Punjab and Highway, Alia Bhatt won hearts through a social initiative too.

Alia’s philanthropic initiative - Mi Wardrobe is Su Wardrobe - provided solar lamps to 40 families in Kikkeri village of Mandya district in Karnataka, lighting up over 200 people’s lives literally.The actor donated the money to a Bengaluru-based NGO, AROHA for the Liter Of Light programme. For this, AROHA provides solar lamps to economically backward communities with limited or no access to electricity with the help of plastic bottle they recycle. Read to know about Alia's philanthropic venture here.

You’d rarely imagine being taught by someone younger than you. And most certainly not if your teacher is not yet a teenager. In Hyderabad, 11-year-old Mohammed Hassan Ali is a common name among engineering students. He teaches students from electrical and mechanical branches. Sushma, a civil engineering student says,

"I have been coming here for a month-and-a-half to learn civil software. He is younger to all of us here but teaches quite well. He is good at what he teaches, and it is also easy to comprehend."

2018 saw many high-profile weddings and each had their different talking points. If the grand scale was the talk for Isha Ambani, Priyanka Chopra and Nick Jonas nailed it on the style quotient. What, however, made news for the right reason was Deepika Padokone and Ranveer Singh’s green wedding reception. There was no plastic used and all the tableware used was biodegradable. Know more about the wedding here.

Admitted to the hospital with multiple organ failure while in the IMA as a cadet, Rajshekhar had little chance of survival. He spent 40 days in hospital and with support from his colleagues and family he fought the odds to survive. Today, 27-year-old Lieutenant Rajshekhar is serving the nation at the world’s highest battlefield in Siachen. Know the journey of Rajshekar here.

The 93-year-old who built the world’s tallest statue

He is known as one of the best sculptors in India and 93-year-old Ram Vanji Sutar’s latest work stands tall – literally, for it is the world’s tallest statue, the Statue of Unity.

Over the last 60 years that he has been working, Ram Vanji Sutar has been honoured with the Padma Bhushan and Padma Shri and has made over 8,000 sculptures.

Sutar also owns India’s largest foundry and studio space in Sahibabad, Ghaziabad in Uttar Pradesh. The studio spans across an area of 8,000 sq mt and has a capacity of 10,000 kg casting per day. Know more about Ram Vanji Sutra here.

From failing in 12th class to becoming a millionaire at 24

Aided by his networking skills and good client relations, Rishab Lawania made it big with his first startup Red Carpet Events in 2010. Despite having failed in his 12 board exams, Rishab went on to launch two startups Xeler8 and WeeTracker. The former was acquired by Chinese accelerator and venture fund ZDreams Ventures, and the latter is making waves in the African ecosystem. Read his success story here.

Age no bar, this 89-year-old has her own online venture

Age is just a number, and proving just that, 89-year-old Lalita Chakravorty has taken her art of making potli bags to online platforms. Priced in the range of Rs 500 to Rs 1,500 and made from discarded sarees and kurtas, Latika has fulfilled orders from Germany, New Zealand and Oman that she got on her website. Read about her tryst with the art here.

Rejected by Bollywood, now a star in Latin America

Prabhakar Sharan from Motihari district in Bihar came to Mumbai with dreams of stardom. Despite several attempts, he failed to land a chance.

After several setbacks, Prabhakar got a chance to work in a Costa Rican film – the first Indian to play the role of a protagonist. The film was a hit and gave Prabhakar exactly what he wanted from Bollywood – fame and stardom. Read more about the unique wedding here.

Forced into prostitution, she is now a crusader for sex workers

Jayamma was forced into prostitution by her own husband and now the 40-year-old stands for the rights of sex workers. Till date, Jayamma has helped rescue over 5,000 women and 3,500 children from the sex trade through her organisation. She was awarded the Nari Shakti award on International Women’s day. Know more about Jayamma's story here.

Teaching the world to code at an age of 10

Samaira Mehat is a school-going girl like any other, but what makes her a cut above the rest is that she is the founder and CEO of Coder Bunneyz.

Knowledge of coding can help people get jobs, and with that in mind, Samaira invented her first game, CoderBunnyz, at the age of eight. The game helps young children learn the basics of coding. Know more about Samaira here.