Swipe on Tuesdays at 9 pm for most matches, Tinder’s 2018 ‘Year in Swipe’ report reveals 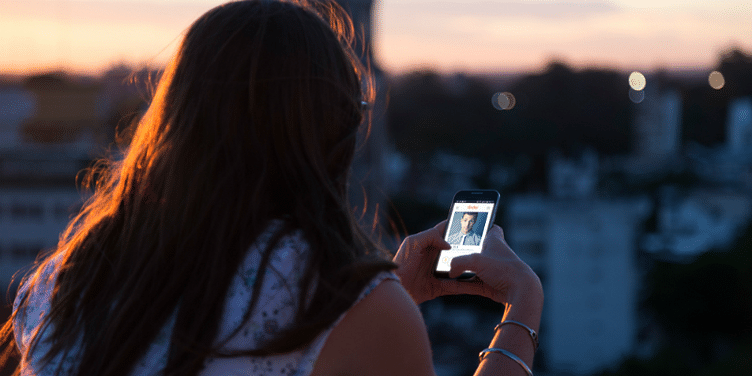 The Tinder report also threw light on some interesting profile and matching trends across the globe.

If you are still struggling to get your perfect match on Tinder, then here’s a big tip to step up your game in 2019: swipe right on Tuesdays at 9 pm.

Don’t just believe us. Hear it from the horse’s mouth. In its 2018 report ‘Year in Swipe’ released last week, Tinder stated, “For optimal matching, Indian users should be swiping on Tuesdays at 9 pm.”

That’s not all. The report also shared some of the most trending profile terms and how users across the globe have built their profiles and swiped their way through the year.

Here are some India-specific trends released by the dating app:

Tinder also took a look at 11 major markets from Brazil to South Korea and compared the swiping habits of users in each country. Some interesting comparisons it found include, beer pairs well with pizza as one of the most popular emojis listed in bios, making it into the top 10 for all countries.

“If you want to know a generation’s true character, give them Tinder.” This claim by the popular dating app may not be far off the mark. “Young millennials are enjoying the adventures in dating and are not settling down just to settle down, but rather, they’re learning about themselves and what they want. The word “fun” portrays that sense of independence and adventure when used in a person’s profile,” a report in Business Insider said quoting Dr Darcy Sterling, Tinder’s dating and relationship trend expert.

The app that has recorded 20 billion matches worldwide since 2012 also analysed what users were looking for in a match. Worldwide, people with “engineer” tag were women’s top match preference while most men went for people with the tag “adventurer.”

And you will be surprised that what you thought was unique in your profile is actually shared by many when it comes to describing themselves. Tinder found that the word “fun” appeared most in people’s bios, with the words “travel,” “food,” “drink,” “adventure,” and “sarcasm” trailing closely behind.

“You may think you’re alone in your own corner of the earth but rest assured, not only is the world swiping with you, they’re liking what they see,” Tinder noted in its report, adding, “The data don’t lie—this is one good-looking planet, full of pizza vibes and possibility.”

And a bit of ‘wokeness’ sprinkled by Ariana Grande, whose hit, ‘God is a Woman’, made it to the top 10 anthems in six countries, including the US, the UK, Brazil, Spain, Australia, and Japan.

Also read: Here's what I learned when I was on Tinder

The big reset: What’s driving the shift from HR tech to work tech?