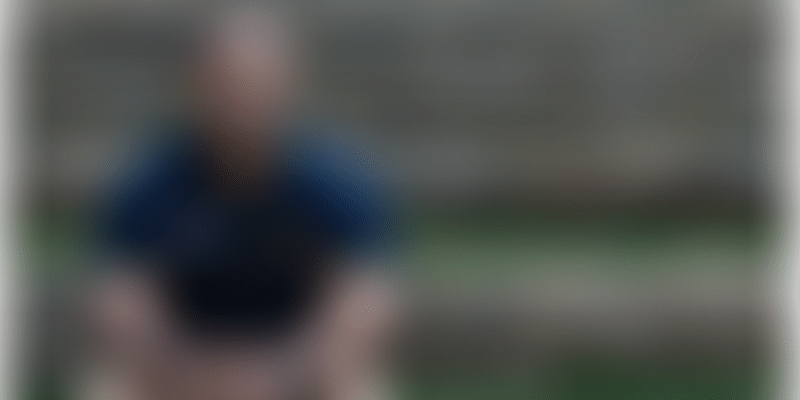 Seven-year-old startup RUSSSH, which began by taking task requests over the phone, is nearly the Dunzo of Mumbai with its delivery service. Now, it wants to expand to other metros.

Back in 2012 when RUSSSH began as GetMyPeon, it was the only errand-running and delivery service in Mumbai. That running errands for random people could be an actual business was a novel concept for India at the time. Founder Bharat Ahirwar pooled in Rs 20,000 from his personal savings and started taking task orders via calls, emails, and later, through social media.

There was no website, and that seemed alright because GetMyPeon was completing just about eight tasks a day at Rs 100 per request. From picking up groceries and taking a car for servicing to dropping someone at the airport, the startup was helping Mumbaikars carry out their daily chores with ease.

“At that time, we were just competing with regular maids, watchmen and office boys. We said we could do these tasks better because we had trained and trustworthy errand boys who understood the urgency and confidentiality of the tasks,” Bharat tells YourStory.

About three years on, in 2015, GetMyPeon rebranded itself as RUSSSH. It also received a seed funding of $250,000 from undisclosed angels. A website followed because the startup realised it needed to “start capturing data” about customers. As more orders flowed in, RUSSSH stepped up its delivery fleet. It also expanded its range of tasks, and started servicing Navi Mumbai and Thane, along with Mumbai.

In 2016, it rolled out a mobile app, which was the need of the hour. Bharat says, “From taking orders on the phone to processing them on an app, we had to change the entire way we were doing business.”

And for good reason.

“When we started in 2012, errand-running was unheard of. In fact, we had people calling us and asking us what an ‘errand’ meant. It took us a long time to convince them that errands and daily tasks could be outsourced to trained executives. But around 2016, ‘errand’ was a common word and people understood the concept.”

So, what really changed that helped familiarise Indians with errand-running?

The Bengaluru-based personal task management service, founded in 2015, had picked up considerable buzz in the domestic startup ecosystem. Dunzo allowed people to create ‘to-do’ lists and helped them accomplish those tasks with its own fleet.

Everything from picking and dropping official documents to fixing a faucet to delivering a party dress at short notice and more, Dunzo had come as a messiah in the lives of busy Bangaloreans. But, what Dunzo also managed to do was crack open the market for on-demand concierge services.

And Bharat readily acknowledges that. He states,

“Before Dunzo, investors were not really sure about this sector. They thought errand services would come and go, and weren’t keen to take bets. But now the perception has changed and overall acceptance has grown.”

That the hyperlocal task management sector is heating up was validated in December 2017 when Google picked up a significant minority stake in Dunzo for $12.3 million in what was its first direct investment in any Indian startup.

Dunzo, however, doesn’t operate in Mumbai (yet). And therein lies the opportunity and first-mover advantage for RUSSSH. “We are seven years old in this business and have seen a lot of cheap services come and go in no time. But our focus has always been on creating a sustainable business,” Bharat states.

RUSSSH claims to have completed 300,000 tasks till date. Its delivery fleet consists of 60-80 executives at any given time. About 150 tasks are processed daily, and that goes up to 200-odd during the festival season. The average task fee is Rs 300, and can go up to Rs 1,500 depending on the location, travel time, value of content to be delivered, etc.

“In every city, the cost of manpower, transport, and time is different. If we have to cover a 50-80 km distance for delivering a parcel outside Mumbai, say in Palava, the fixed fee automatically goes up.”

Corporate partnerships - the way to go

RUSSSH is in talks with more corporates and also high-end fashion brands that want to set up exclusive delivery networks. “They sell high-value items sometimes going up to Rs 5 lakh and need a reliable delivery service,” the founder states.

“We’re also exploring partnerships with Airbnb and OYO. We see that a lot of international travellers need us to run local errands. So, we’re exploring an option where they can book tasks from within the Airbnb or OYO app.”

Earlier this year, RUSSSH was roped in by Zone Startups in its Palava accelerator programme to build a concierge services network in Palava, a 4,500-acre smart city about 50 kilometres off Mumbai.

“Services like RUSSSH are easy to market at a very low cost. It is not possible for every restaurant or grocery store or medicine shop to have its own delivery mechanism in place. RUSSSH fills that gap from the demand side.”

He adds, “Many home-based businesses operate in Palava. Delivery from these personal businesses to other households are also fulfilled by RUSSSH.”

Even as the startup goes about stitching more institutional partnerships, it has its eyes set on geographical expansion. RUSSSH wants to reach six more Indian cities, especially metros, soon. And, for that, it requires “at least a billion dollars,” says Bharat. But, funds have been hard to come by. And that has been the startup’s single biggest challenge.

“We’re a single-founder company and investors are always wary of funding such startups. We went through the market-not-accepting-us phase. Now, I think we’ve reached a self-sustaining model, and need funds to expand our technology, talent and operations.”

RUSSSH knows it is time to accelerate because competition is on the rise. Dunzo is already in Pune, and will likely reach Mumbai in 2019. There’s Scootsy too picking up pace. Add to that a bunch of local services like TaskMitra, Wefast, etc. “There’s buzz that even Swiggy and Uber are getting into this,” Bharat says.

Clearly, it’s the time to Russsh!