How this Bengaluru-based startup is brewing health using tea, coffee and more 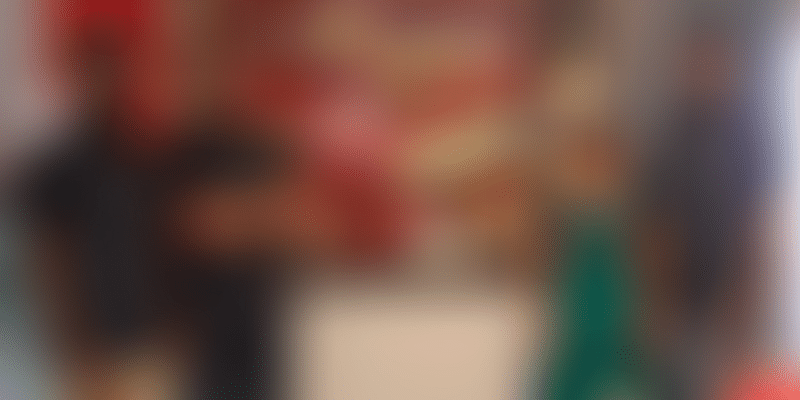 In 2017, when 41-year-old Arun S Hirehal was looking at solutions to cure his long-standing migraine and gastritis problems, he didn’t find any in allopathy. After spending a few weeks at a yoga centre and a vipassana clinic in Bengaluru, the former technocrat realised that the answer to all health questions lay in the right diet and nutrition. He returned home with a plan – to build a one-stop hub for healthy food and beverages – and soon founded TeaSugar, an online aggregator for teas, coffees, natural sweeteners, sugar, jaggery, super greens, health drinks, snacks, and breakfast options.

“My increased interaction with nutritionist and dieticians made me understand the basic dynamics of the human body, and the importance and the role of anti-oxidants in detoxification. During this time, I stopped taking painkillers and tablets too,” Arun says.

The notable difference in his health, mainly due to the change in food habits, convinced him that healthy alternatives were the way forward for most lifestyle disorders. Arun, 43, soon quit his job at Avent India, where he was handling the account for Xilinx, a US-based semiconductor company.

He then reached out to his friends with the plan and suggested they start up. After many discussions, he met his co-founder, 27-year-old Sangamesh Mantur, an electrical engineer from Malali village of Mudhol taluka, from Bagalkot District. Sangamesh, who has worked in the business development and marketing departments at FMCG companies, now heads operations at TeaSugar. The duo was joined by 30-year-old Sindhu Naik, an IIM-Ranchi MBA graduate who was working with State Bank of India for three years. Sindhu now heads digital marketing and operations for the startup.

Arun says, “While researching the market on tea and coffee brands in India, I realised there was no single portal that provided all the brands available in the country. Keeping this in mind, we created an online store where customers can find all brands, flavours, and types.”

The three co-founders started up with an initial investment of Rs 1 lakh. Bengaluru-based TeaSugar began by sourcing beverages that would help people suffering from diabetes, hypertension, arthritis, and stress. Since India is a country known for its love for tea and coffee, mostly with a spoonful of sugar, the TeaSugar team also began providing alternatives to sugar, including Stevia, coconut sugar, palm sugar, honey, and jaggery.

The trio asked family and friends for feedback after a pilot project; these people went on to become their first customers. Since its inception 11 months ago, Tea Sugar has delivered about 200 orders across the country.

The market may be nascent, but the TeaSugar team hopes that it will be able to tap the preventive health segment through healthy beverages and snacks.

According to a 2015 report by World Health Organisation and World Economic Forum, India faced a loss of $236.6 billion because of unhealthy lifestyles and faulty diet. According to another survey conducted by the Associated Chamber of Commerce and Industry (ASSOC-HAM), 68 percent of people who belong to the working class and fall into the age bracket of 21-52 deal with lifestyle ailments such as obesity, depression, chronic backache, diabetes, and hypertension.

The TeaSugar team sells all products on its website. For offline customers, orders are taken through WhatsApp messages and direct calls. The startup now claims to fulfil over 15 orders each day.

“The orders are delivered the same day or between two to five working days, depending on supplier support and the state. We are the first and only entity providing options to choose single sachets and infusion bags of a brand,” Arun says.

The startup deals with 65-70 partners with whom they have direct and indirect partnerships. A few orders are manually picked up from supermarkets such as Metro and More. For beverages, TeaSugar is working with Fitoslim and Yogic while it has partnered with Hyp, Yoga Bars, and Naturell for energy bars.

In the last year, TeaSugar claims to have made Rs 10 lakh profit. It is now looking at expanding by exploring offline options like cafes, restaurants, and hotels, for beverage options such as green tea, organic green tea, tulsi tea, fruit infusions, and green smoothies. Tea Sugar is also looking at expanding its product line with new variants after the success of brands and flavours like Tranquili tea, Blue Tea, Red Tea, Girnar, Jivraj, Ausum, Areca Tea, Kashmiri Kahwa, and instant tea.