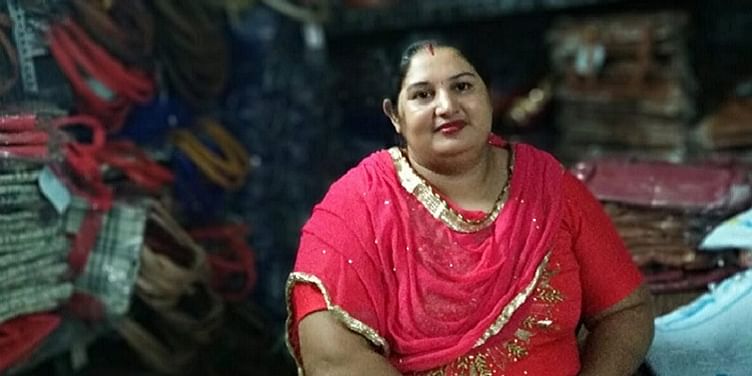 The spread of the ecommerce industry has given rise to a growing number of inspiring stories of women entrepreneurs from remote corners of India. Ritu Kaushik, who built a successful business through Flipkart, is one such example.

The advent of ecommerce has produced many spinoffs but one that has not been talked about at length is the emancipation and empowerment of women. In the backyard of the rustic terrain of the north Indian state of Haryana, where male chauvinism and skewed gender ratio rule the roost, online trade provided a level-playing field for women who have long faced the brunt of an age-old patriarchal society.

The story of Ritu Kaushik, who hails from a nondescript village near Sonipat, Haryana, is one such story among the many that highlight the growing wave of financial liberalisation of women from remote corners of India – a phenomenon made possible by an enabling ecommerce industry.

The number of women sellers on Flipkart has been on the rise in the recent past. In 2018, women entrepreneurs across India accounted for 10 percent of the total number of sellers on the Indian online retail giant, Flipkart.

Ritu, who is a seller on Flipkart, is among a host of women who have pursued their passion and, in doing so, transformed themselves from being housewives to becoming top sellers on the online retailer’s platform.

For 31-year-old Ritu, her passion was handbags, and in 2016, she began selling the self-designed collection of handbags under her brand Ritupal Collections on the Flipkart marketplace.

“Maine apne shauk ko hi apna business bana liya (I turned my passion into my business),” says Ritu, for whom taking risks was not something new.

In fact, before starting her business and becoming a Flipkart seller, Ritu took the rare decision to go back to college and complete her graduation, despite having two children to take care of. Having married early at the age of 16, Ritu says the support and encouragement of her husband, a government employee by profession, provided the much-needed boost for her to seize the opportunity to study again.

On completing her graduation in 2016, Ritu took the next big step of starting her own handbag business on Flipkart. The idea to sell online first came to her when she saw everyone in her neighbourhood shopping online.

But the naysayers were many, she says, adding,

“Many of my neighbours and relatives told me that there was no need for me to earn, as I am, after all, a woman."

None of this deterred the gritty mother of two. And through the years, she proved the naysayers wrong, thanks also to the support she received from Flipkart in helping her learn the ropes and grow her business.

“Flipkart has offered me the guidance and support I needed, right from advice on how to make the most of selling online to promoting products on the platform. Flipkart even offered me a loan, but as I wanted to be financially responsible, I decided to use my savings instead,” Ritu says.

“I learnt how to use a computer with my husband’s help and practised on it when my children were at school.”

Today, her family helps her with her business, but for the most part, Ritu has made it to the top on her own terms.

To elucidate, at the end of the first year, Ritu was earning around Rs 1 lakh per month on Flipkart, as she began offering shoppers from all corners of India a product category in a brand new avatar.

Today, about three years after starting off as a seller on Flipkart, her handbags help her rake in monthly revenue of around Rs 7 lakh to Rs 8 lakh per month.

Ritu’s Ritupal Collections, which features bags in the price range of Rs 200-1,500, are a particular favourite with her loyal customer base from south India. But Ritu is determined to grow her business with a specific aim of growing her customer base in the eastern and western parts of the country.

“While my income is an achievement for someone like me, I am aiming for my monthly sales to increase to Rs 20 lakh,” she says.

To be clear, Ritu’s single-minded focus is to grow Ritupal Collections into a well-known brand across India through Flipkart. Or as Ritu very pointedly says,

“Mera khawb hai ki duniya mujhe mere naam say pechanay (my aim is that people across India should recognise me by name).”