From a Rs 10 lakh investment to a Rs 20 crore fund: the inspiring story of Abhishek Agarwal and RockStud Capital 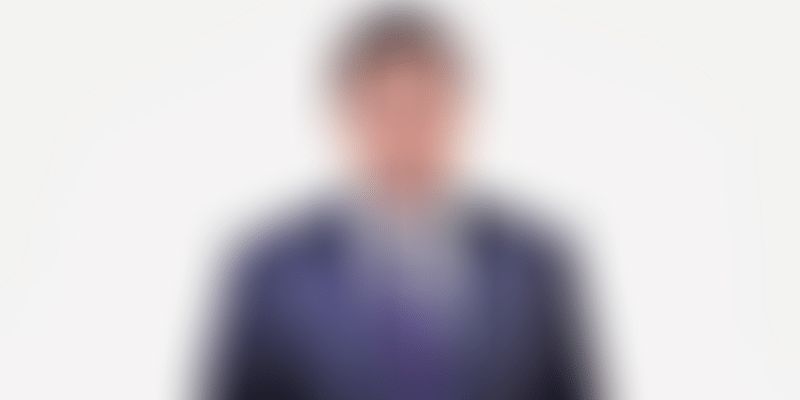 Abhishek Agarwal's investing dream began when he saw the rise of Flipkart and Snapdeal. After investing Rs 3.25 crore in 24 startups, he is now looking to invest in pre-Series A rounds and bet on bigger returns with his new firm, RockStud Capital.

It all started in 2014 when Abhishek Agarwal, then 29, was running a research firm called Fortune Interfinance. Tracking stocks and the market as a research analyst for eight years, he wondered what the next step was. The money was good, but Abhishek realised he wasn’t changing things, or adding value in any way.

“I was a regular on business media channels as a stock market expert, and I soon realised that all that media exposure was just making me lose focus on what else I could be. It was not helping my business grow,” Abhishek says.

Having graduated in commerce from Mumbai, Abhishek studied finance at Lancaster University in the UK and returned in 2007 to start work in a stock broking firm. A few years later, he started his own research firm.

Abhishek began by running Fortune Interfinance, which was owned by his family and had a broking licence, as a research firm. After three years of investing in the stock market, in 2014, he had tripled his father’s money and decided the time had come to try his hand at investing.

Abhishek’s investing dream began when he started reading about startups in 2014 and saw the rise of Flipkart and Snapdeal. He saw startups as a great asset class to invest in, provided he could bet on the idea and the entrepreneur. Abhishek then borrowed Rs 2 crore from his father to invest.

Next step? He went to the Indian Angel Network and sought to join the network. “Most of the VC world is built on connections and networks. Here I was, a stock market investor, walking up and asking to be a member of an angel network. They rightly took six months to verify my investing aspirations,” Abhishek says.

Soon after, Abhishek began to invest his money in equities. His first investment was Rs 10 lakh in Kwench Library Solutions; he is still invested in the company. Other companies that he invested in include Truckola, Insense, Loginext, Wellness Forever, 6Degrees, Wishberry, Growfitter and Insense.

Each of these companies is in the growth stage, and valuation details were not disclosed as he is one of several investors in the company.

Speaking on how he made his investments, Abhishek says: “When I invest, I look at India’s growth in consumption, PPP, and the fact that technology can solve B2B and B2C startups. I simply believe that just like equities and bonds, one can also invest in startups because in the end it’s a risk. Only, in the startup’s case, you need to be ready to lose money because a lot of things can go wrong. But when it works, you can make a lot more money. I believe in a balance between stock broking and startup investing.”

He adds that being part of the angel network, returns would be small and that one needs to be patient to make big money. “An angel is successful if the investments get you a 100x return,” he says.

The birth of Rockstud Capital

It’s true that angels make money if the returns go above 100x. Anirudh Damani’s investment in Oyo Rooms brought him a 300x return for a small cheque size below Rs 50 lakh. Similarly, Venk Krishnan made a 200x return on his investment in MuSigma.

Both are now “Unicorns”. This is the game that Abhishek is playing. According to 3One4 Capital, India will have more than 100-plus Unicorns, companies that are a billion dollars in valuation, by 2025. Going by that number, startups are a definite asset class to invest in. With the government having relaxed its stand on the issue of Angel Tax - Section 56 2(viib) of the Income Tax Act - the startup world will hopefully be awash with investments from several new angel investors eyeing startups as a definite asset class.

Abhishek realised that to score higher than other players, he needed to up the game and become a fund. In 2018, he applied to become a SEBI registered AIF Category 2 fund; he set up a registered fund in September 2018. This fund - Rockstud Capital - allows investments in equities up to 49 percent of the fund size and the rest in unlisted companies. The fund size applied for was $25 million and currently Abhishek has received commitments of Rs 20 crore, of which some money has already been invested. However, Abhishek did not wish to divulge further details.

Abhishek says that it is never easy when you are nobody in the VC industry and “have to do it all by yourself”. “Getting commitments took me a good year. I am still meeting HNIs to invest with me,” he says.

Market statistics show that investments are only going to grow. According to data available with KPMG, there were around 7,000 startups in India a decade ago; now there were 50,000. KPMG says that areas like AI, agritech, biotech, healthcare, IoT, and fintech will get the most investments. The report also states that cities like Bengaluru, Mumbai, Delhi, and Hyderabad will see a rapid increase in the number of startups by 2025.

Abhishek, now 34 years old, is keen to continue participating in the growth story of startups in India. The Startup India initiative has more than 14,565 startups, and with investors like Abhishek many more can participate in the growth of the nation.

“I will be sector-agnostic and will invest in several companies over the next two years,” he says. When asked why his firm is named RockStud, he says rock “because it is hard and strong” and “stud” because he believes all rocks “need a stud to hold them in place while investing”.