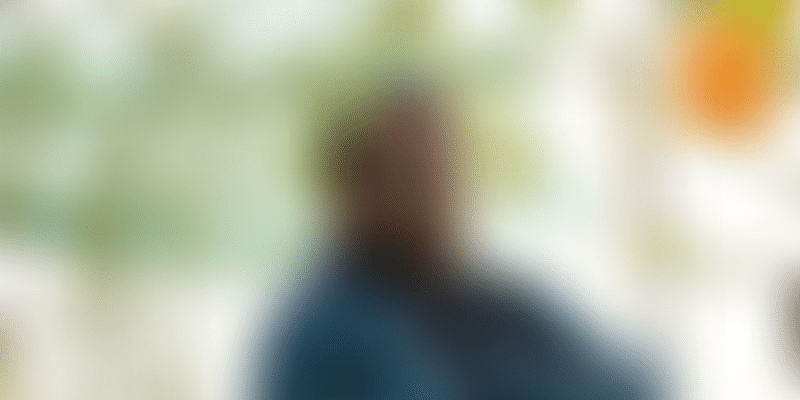 Red Otter Farms, one of the first few aquaponics commercial farms in India, is redefining the concept of fresh farm food and aims to help people eat healthier.

It’s a new year and most of us are trying to make significant changes to the way we eat. Maybe incorporating buttery avocados from the US for healthy fats, and juicy berries from Canada for the antioxidants. But food miles--the distance food is transported, from producer to consumer--matter, and there is growing awareness about eating food prepared with fresh, local produce.

Keeping in mind the need for more people to eat fresh veggies that are locally produced, Anubhav Das and Srishti Mandaar started Red Otter Farms in Nainital, Uttarakhand in 2017. But it is not just chemical-free, non-GMO local produce that is on offer; the agritech startup also adopts the sustainable farming practice of aquaponics.

Delhi- and Nainital-based Red Otter Farms produces vegetables through aquaponics farming and sells it under both B2B and B2C channels.

Aquaponics is a form of agriculture that combines raising fish in tanks (recirculating aquaculture) with soilless farming (hydroponics). The nutrient-rich water from raising fish acts as a natural fertiliser for the plants while the plants help to purify the water for the fish. It is a great way to do year-round, indoor farming, irrespective of climate conditions, and can help raise fresh fish and vegetables for private or commercial consumption. As there is no discharge of water, because the waste is cleaned by the plants, the farming method is very sustainable.

“Under aquaponics, the production is 10 times more than the production under normal agriculture,” claims Red Otter Farms Co-founder Anubhav. The 10,000-sqft farm in Uttarakhand caters to the market of Delhi-NCR, and Ramnagar, Uttarakhand. Starting with a pilot in early 2017, the bootstrapped startup now employs nine people.

Anubhav, 43, has an educational background in economics, and was a social documenter for 20 years. He had been thinking of food security and sustainable and clean farming for the most part of his career. While working for agencies like Oxfam and Aga Khan Foundation, he used to often observe the skill and employment activity in rural areas across the country.

On Red Otter Farms, he says, “Our focus was on how to improve agricultural yield and reduce the chemical use in food cultivation. That’s how we ended up researching aquaponics farming.” Anubhav is now one of India’s few certified aquaponics system designers from Aquaponics Institute, Australia.

Srishti, in her late 20s, holds a master’s degree in development communication from Delhi University. She was working for the brand strategy firm that Anubhav ran earlier, and now manages the plantation schedule as per the demand from consumers and market forecasts.

Together, they started their first pilot at a farm in Naudha village in Nainital district. The farm is nestled between the lush forest on one side and the vast Jim Corbett National Park on the other. “The reason for the location is the good air quality and the weather, apart from year-round water supply. These are important factors for plant growth,” Anubhav explains.

It took them 6-12 months to study, research and adapt the techniques for Indian farms. “We spend a lot of time researching the subject and adapting the practice to the Indian context,” Anubhav notes. He visited farms in France and the UK to learn more about aquaponics.

Helping you eat your greens

Since October 2018, Red Otter Farms has been commercially supplying to vendors and end consumers. Apart from supplying to a few hotels in Uttarakhand, the startup also supplies vegetables to Modern Bazaar outlets and few other local Delhi-based outlets. It also delivers boxes of vegetables and salad greens to end consumers, who can contact the startup by calling its number. The produce is delivered at their doorstep within a day if available in its warehouse. If customers have a specific requirement or want a specific vegetable, it may take about 4-12 weeks to deliver the same. The startup is also in the process of adding a mobile app to provide another layer of interface with end consumers.

The farm produces about 170kg of produce per week, with the focus on salad and mixed greens. The fish used in the aquaponics process is also sold in Uttarakhand. Carp and Pangasius variety will also be available to customers in a couple of months, Anubhav says.

While the government does not need to provide any approval to farms doing aquaponics, as it also involves fish farming, regulations vary from state to state.

Aquaponics farming is popular in the US, Europe, and Israel, but is still at the nascent stage in India. Madhavi Farms, near Bengaluru, is the only other known commercial farm apart from Red Otter Farms in India. But as these aquaponic farms cater to local and nearby geographic regions, they don’t really compete with each other. “We are more like collaborators. I visit their farms and we talk often with each other when we run into problems and help each other,” Anubhav adds.

While the produce from Red Otter Farms is technically organic--in that they don’t use chemicals or fertilisers--it is not considered an organic farm, according to Indian regulations. Anubhav explains: “For farms to be organic, Indian laws require the crops and produce to be cultivated on soil, whereas aquaponics farms don’t use soil.”

There are some smaller aquaponics startups that help people set up commercial aquaponic farms or gardens and hobby farming in their homes. For example, Chennai-based Crofters’ flagship device is an intelligent, self-cleaning, indoor aquaponics ecosystem that helps to grow completely organic food even in a living room. Future Farms, also in Chennai, helps in setting up aquaponics farms as well.

Also read Ever thought of growing what you eat? These Chennai-based NIT grads are enabling urban indoor farmers do just that

While refraining from divulging exact revenue numbers, Anubhav says that the farm sells 100kg of produce on an average per week, and is growing at 20 percent month on month. The startup is already in the process of adding another 20,000 sqft to its farm. That will triple the production quantity every month. In the next two years, the startup also plans to set up 25 aquaponics farms across the country.