How the love for Bollywood led this American to create Aza Comics, a women-only superhero universe 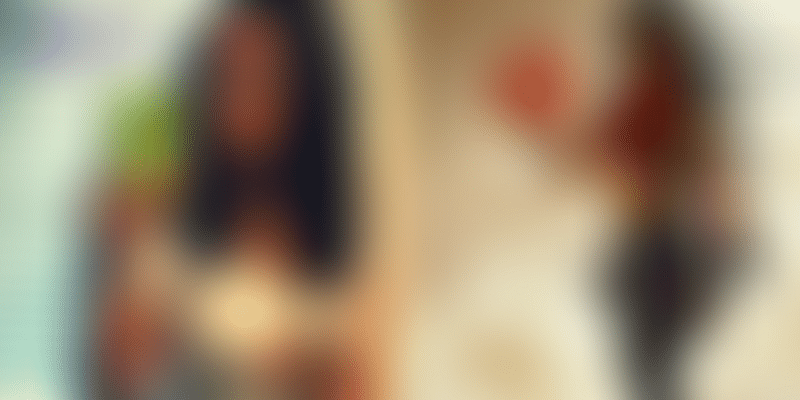 With a roster of characters like Kala, Adanna, and Queen Thema, Aza Comics is forging a superhero universe, comprising superheroines inspired by real-life women.

Larger-than-life heroes, outlandish feats, and a self-righteous journey. These are the stuff superhero universes are made of. Such is the appeal, in fact, that these comic book heroes have become entertainment staple for fans worldwide, regardless of age, gender, and geography.

But what do you do when the comic book universe falls short in terms of representation? When it’s too male, too white, and too straight? Well, you create your own world with your own set of characters and adventures. That’s exactly what Jazmin Truesdale did! In conversation with YourStory, the serial entrepreneur dishes on spinning an entire women-only comic book universe comprising fierce superheroines inspired by real-life women.

“Conceptually, Aza Comics was started in 2014. I was creating a fitness game for another company that essentially failed, and I realised that I was making superheroes,” says Jazmin, a graduate from the University of North Carolina with multiple business endeavours to her credit.

In 2018, GLAAD, a US-based advocacy group, took a jab at seven of the major motion picture studios in Hollywood, criticising the likes of DC, Marvel, among others, for a "disappointing drop" in a representation of LGBTQIA+ character in movies. Only 12.8 percent of films released in 2017 by these studios had LGBTQIA+ representation. Realising the wide gap and the potential opportunities here, Aza aims to bridge this gap.

Jazmin’s story of hopping from one business idea to another and building an entire comic book universe from scratch is one of failure, rejection, and then light at the end of the tunnel. She recalls,

“Publishing companies loved the concept but didn’t know how to market it so I would constantly get rejected. And it was the way they rejected me… ‘We love this concept but we have no idea where to market this. Is there even an audience? A universe of women won’t sell well. Other companies have already tried’.”

But genius strikes when you have nothing to lose. Eager to turn the spotlight on multicultural women superheroes, Jazmin did market research on her own by testing the characters in focus groups. And the next thing she knew she was getting a strong response from women and girls.

“My background is business risk so I did research on the industry and asked a lot of veterans across different entertainment mediums,” she says, adding, “By the time the first book was published I already knew that I wanted to expand Aza Comics into every aspect of entertainment - films, TV, games, books, and merchandise.” Aza Comics' print editions are available through Amazon internationally at the moment, and digital copies are available through Amazon, Google Play, and Barnes & Noble.

Instead of treading the same beaten path of action-packed and picture-heavy comics, however, Jazmin decided to try the ‘novel-comic’ style. A format, where traditional prose is juxtaposed with illustrated action scenes, and which also was widely favoured by her focus group participants.

“The detailed storytelling allows me to give more depth to the characters when writing so people can really connect with the characters on a personal level,” she adds.

Soon the Aza Comics team started growing. Jazmin’s mother joined in as Marketing Director while her stepmother was on board to write the children’s series. As for Jazmin, she had a gigantic task lying ahead of her – finding the right illustrator who could breathe life into her diverse superheroes.

“I found Remero Colston on Instagram and we immediately clicked. He also was the only illustrator to truly capture the look of Kala. All of the other illustrators who auditioned seemed to struggle illustrating black women,” she quips.

Who run the world? Girls

In the Aza universe, Indira (Adanna’s guardian) is a super fashionable, no-nonsense character, whose presence commands respect. And she is inspired by none other than Bollywood star Urmila Matondkar. In fact, Adanna herself is described as a “Mumbai girl” who can fix “anything mechanical”. And guess who she takes after, in terms of strength? Gold medallist wrestler Geeta Phogat.

Although Jazmin insists that “there was no formula” going into this, the India connect in her US-based comics company is unmissable. “I grew up watching Bollywood movies, telenovelas, British soaps and the like,” confesses the movie buff. “Indian cinema is truly one of my favourites, growing up and even now my closest friends are Indian so I’m constantly surrounded by Indian culture.”

Her roster of superheroes also boasts names like Kala, inspired by African women warriors of Dahomey, Queen Thema, based on Janet Jackson, and (partly) Hedy Lamarr-inspired Adanna. All of them, borrowing inspiration from real-life women, “some more than others”.

Come what come may…

Starting up at the age of 25 means you are early to the race, but it also means fielding questions about experience and whether or not you are qualified enough for the job. Jazmin’s entrepreneurial experience has been no different.

She had lost her job and was looking for new avenues to start her career. “So I did what I knew best: fitness,” she says, explaining how she made an early attempt to expand with her Jazmin Fitness, but in vain. “In that failure, I learned so much about the real world of business. It was the best internship I could ever have.”

What does any driven individual bitten by the entrepreneurship bug do in such a situation? Pick up the pieces and build something new. Having already begun on her mission with Aza Comics, she “ended up revamping Jazmin Fitness and created other (businesses) as well, an LGBTQIA+ publishing company, and Jazmin Angels & Consulting.”

“How am I going to sell this?”

Creativity without the right packaging and marketing is an attempt in futility. And no one knows this better than Jazmin. Even as she was building her comics empire, she was already thinking about the marketing side of it.

But she admits, “The first two years Aza wasn’t that profitable because it was a new company and I saw a lot of roadblocks.” Many people didn’t want to work with her because she wasn’t a DC or a Marvel. She wasn’t exactly grabbing media attention either, and sales would come in sporadic bursts. A few years and some correct business moves later, Aza is now more stable with consistent sales in the last three months, a monthly growth between 25-50 percent, and plans of international expansion on the horizon.

In the US, Aza has started to gain traction, “thanks to press and other marketing efforts.” As Jazmin charts the future course of action, she adds, "I am currently talking to international retailers to see about getting the books in stores in international markets". Her eyes are on films and games next. “The offers are still coming but finding the right home for my characters is tricky,” she reveals, “Also it takes a while to develop games and films so hopefully in the next two years there will be an official release.”

In the meantime, Jazmin hopes to do what she has always done – “Keep working as if the glass ceiling doesn’t exist. No limitations.”

Also read: This ‘Bengali aunty’ makes a mean Machher Jhol while singing her way to your heart and stomach