India will have more than 100 unicorns in the next 5 years: Binny Bansal at TiEcon Mumbai 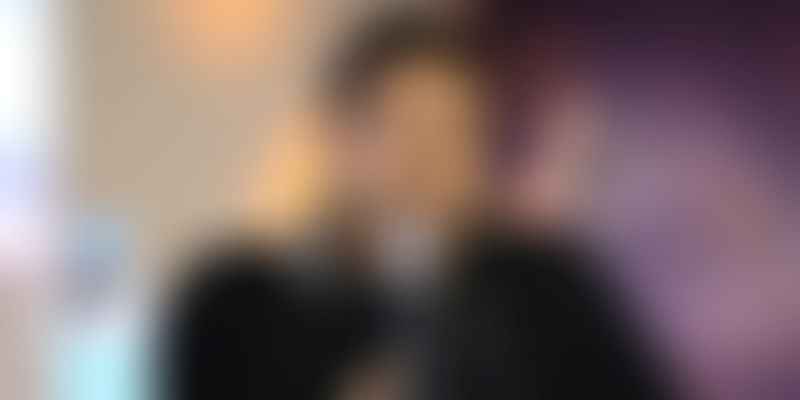 At TiEcon Mumbai, Binny Bansal took the audience on a journey to the beginnings of Flipkart, the ecommerce unicorn.

Binny Bansal, the poster boy of Indian ecommerce, believes the future is in creating more unicorns. He was speaking to Ranu Vohra, Co-founder of Avendus Capital, at TiEcon Mumbai, one of the biggest global technology and entrepreneurship conferences. In its 10th edition this year, the annual flagship event of TiE Mumbai is being held on February 5 and 6, 2019 at the NCPA in Mumbai.

ALSO READ: [Podcast] From IIT-Delhi to building Flipkart, how Binny Bansal became the poster boy of the Indian startup ecosystem and what he's up to now

Calling it ‘serendipity’ to be able to grow a company into a unicorn, Binny said that India will have more than a 100 unicorns over the next five years. He said that his fund, xto10x Technologies, will go after funding early-stage startups and even later stage companies.

“Becoming a unicorn happens when you don't think of becoming a unicorn. The term ‘unicorn’ did not exist when we started out. We had grown into a large company with $30 million in funding and we became unicorn on the back of that with the subsequent fund raising,” he noted.

There were key ingredients for the success of Flipkart. Binny took the audience on a quick tour of how it all happened.

From table tennis at Amazon to Flipkart

Sachin and Binny met at IIT Delhi and they both passed out in 2005. They then went to Bengaluru to work for Amazon. Sachin referred Binny to be hired at Amazon. After joining Amazon, both realised they could do something on their own.

“There was not a lot of work at Amazon. I ended up playing table tennis at noon,” says Binny.

It was around that time that Sachin and Binny, out of sheer boredom, began to jot down ideas of starting a business. Coding was the easier part because back in 2007, approaching vendors and signing them on was not easy. They spoke to 30 vendors and only two came on board. But they were persistent. The rest, as we all know, was history, with the birth of Flipkart.

Binny Bansal on pivots and sticking to great hires

“We were lucky we started out as a comparison engine. We figured out that there was no good ecommerce engine and, therefore, we went down that path. We started with books and took six months to grow, and we stuck with it instead of selling several products. We had a 30 percent growth month on month,” Binny explained.

The growth happened because they hired right. As they doubled every quarter in 2008, the duo began the process of putting together a great team. “Once you build trust with the right hire, then you know there is a culture match. We learnt that through many mistakes. It is good to work with people who can do better than what we could do,” he added.

Back then, there was no talent in ecommerce. So their simple mantra was to hire brilliant people with high culture fit, whether it was for merchandising and operations, and they got the best people from different colleges. Today, thanks to Flipkart and Ola, there is a talent pool available, and the startup revolution has become big in India.

“Sachin and I set the bar on customer experience, and it was the highest priority. The bar we set for the talent on smartness was very high, especially in tech. We had built an audacious company, and always believed we could build it into something great,” Binny said.

The ecommerce hero also spoke about how they chose Walmart as the natural progression to partner with. He believes that entrepreneurs do not have the power to control many variables, finance being the most difficult one to control.

“The end game for Flipkart was a function of too many external variables. Given the way capital markets are and how they evolve, capital is an external factor that you are not in control of. You take the best decisions in the interest of the company, and that’s how the Walmart deal happened,” Binny added.

He ended that talk by advising entrepreneurs to stay focused and clear on what they are building. He also recommended that entrepreneurs should create excellence in governance. He believes that his role is now to fund entrepreneurs who could build several unicorns.