The FDI norms for ecommerce are slowly changing logistics in India. Here’s how. 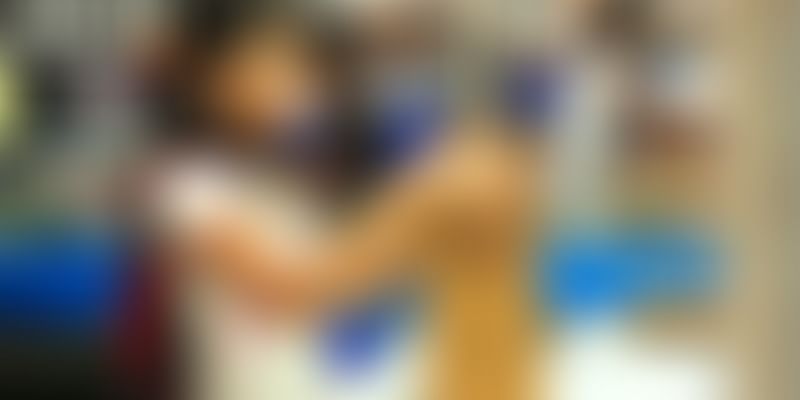 With more sellers joining the ecommerce bandwagon, the logistics space is set to witness a new phase.

The latest norms on foreign direct investment (FDI) – which came into force on February 1 – expectedly caused much heartburn for ecommerce companies. The norms barred ecommerce companies from selling products of companies in which they hold stake, and also banned cashbacks, discounts, and exclusive sales etc., which have been the key success factors for ecommerce in India so far.

And with ecommerce companies, the norms hit other allied sectors too - specifically, logistics for ecommerce.

Some startups in the logistics space tell YourStory that the development affected their day-to-day operations and business volumes. Venu Kondur, Co-founder of logistics technology startup Lobb, says that since the implementation of the new guidelines, order volumes from ecommerce majors have dropped significantly. (Lobb captures consumption and markets data, making it easier for lorry owners, transporters and agents to book loads across regions. It mostly serves the movement between western and southern India.)

“Earlier, movement was the highest for vehicles with 7.5-10 ton capacity; now it is mostly 3.5-6 ton ones. While the white goods’ volume has dropped, lifestyle goods remain pretty much the same,” he added.

Bengaluru-based logistics startup Let’sTransport also saw order volumes from big ecommerce companies dropping slightly for a week or so, especially for high-priced items like consumer electronics and appliances. “We were working on a certain projection for volume in the next quarter. Although there were speculations that these projections might change, the volumes are steady now,” says Sudarshan Ravi, co-founder of Let’sTransport.

Since logistics startups have always had multiple avenues of business, changes in ecommerce operations will not be a major blow to their revenue. In addition to traditional offline players, these startups also cater to e-sellers like Nykaa, which are not affected by the FDI norm.

However, the logistics function for ecommerce is slowly changing.

Some logistics platforms keep their exposure to ecommerce to a minimum. Mithun Srivatsa, co-founder and CEO of Bengaluru-based logistics startup Blowhorn, says that for companies that follow asset-light operations, a fall in order volume is not an issue. “Since 2017, Blowhorn has had minimal exposure to ecommerce. So, there is a minimum guarantee for our volumes and our drivers are well positioned,” he says.

Mumbai-based logistics startup Porter also follows an asset-light model and its business is mostly driven by SMEs. “In ecommerce, we do only around 300 deliveries in a day. After all, ecommerce is only 3 percent of retail. Consumption will continue, and hence, logistics will always be in demand,” says Porter Co-founder Pranav Goel.

A prominent investor, on condition of anonymity, said that logistics players will adapt to the changes in the wake of the new policy. “They are more likely to follow a model similar to Blowhorn and other smaller players, or simply focus on pure marketplace players. It’s just about making a few tweaks.”

Why logistics will change

Many say the new FDI policy offers a level playing field for online sellers. In the first three to four days since the implementation of the policy, Amazon’s seller entity Cloudtail stopped sales, and marketplace sales had gone up.

(Cloudtail is back in action now after Amazon reduced its stake in it from 49 percent to 24 percent. Amazon products like Alexa and Echo are now sold by third party sellers like 4UMarketing and Hariom communications, not Cloudtail.)

Mohit Gulati, Managing Partner, ITI Growth Opportunities Fund, says the new policy helps organisations like Snapdeal (which do not face the FDI issue as they don’t keep inventory). “Earlier, if they were doing 50,000 shipments a day; now they do over 100,000,” he says.

In an email response, Snapdeal told YourStory that the five lakh sellers on its platform ship through third-party logistics providers. “Through various technology tools, Snapdeal enables integration with these logistics partners, which allows tracking of shipments allowing for timely updates to the users,” it said. The Gurugram-based company added that it is seeing steady growth in the number of sellers.

How logistics will change

The current mandate from FDI policy is that no one seller/entity shall contribute more than 10 percent sales to a marketplace. Vidhya Shankar, Executive Director, Grant Thornton India, says, “So, ecommerce sellers (who are mostly SMEs) will have to break their volumes and distribute it to different ecommerce platforms to make the same amount of revenue they would with one or two platforms.”

On the other hand, traditional sellers are confident about ecommerce now, with the policy assuring a level playing field. But this demands logistics processes change too.

“In the pure marketplace model, there will be pickups from more sellers. It’s not just one big seller, but 100 small sellers that you serve now. There will be more (small) warehouses, instead of a big one, and pickups from multiple points.”

Venu of Lobb agrees that smaller vehicles (with 5.5 ton capacity) are more in circulation now, compared to medium sized ones (8 ton capacity) which were more in demand before February.

India’s logistics sector is expected to reach $215 billion (according an Economic Survey report last year). A TeamLease report in 2018 had stated that this industry – which includes warehousing, transport, last mile delivery, etc. - can create three million jobs in addition to the current 14 million by 2022.

But this also means pickup of orders will be a more scattered process, which, Kushal of Fareye agrees, demands better tech for optimisation of service.

Quality check processes (from the marketplaces) will take longer, and hence the time frame for the consumer to get their order will increase.

Venu claims the demand for trucks is shooting up, and end users have been complaining of delayed delivery. “This is a teething stage; smaller sellers don’t have a system in place yet, unlike the large ones,” he adds.

Having to organise an unorganised market of small retailers is no easy task. For instance, Sagar Yarnalkar, co-founder and CEO of hyperlocal grocery delivery startup DailyNinja, says that since vendors are doing business through their platform, DailyNinja has to follow more compliances than before, despite not holding inventory. (DailyNinja partners with milkmen to be their vendors.)

“Now, we have to do more paperwork on what our vendors’ businesses entail. This is too much hassle for milkmen who are now treated as businessmen. Earlier, if we had to onboard vendors and just convince them to come online. Now, we have to get them to fill in mandated paperwork. Not many of these small vendors are aware of it, or want to do it,” Sagar tells YourStory.

On the other hand, Venu claims truck drivers who use Lobb’s technology, have already seen 30 percent rise in top line as the number of pickups have increased. Venu says that thanks to demonetisation (which led to even truckers having bank accounts) and cheap mobile data plans, small sellers and truck drivers have become tech savvy.

“More business is done on WhatsApp now than ever before, including scanned images of proof of delivery, payment etc. Truck drivers and sellers are comfortable with GPS tracking and Google Pay now.” Venu adds that Lobb has seen higher interest from small and medium enterprises in the last few weeks compared to medium and large ones previously.

With a new National Logistics Policy already underway (a draft has already been submitted), industry observers are expecting more innovation in multi-model warehouses and first mile transport. The signs are positive – after all, 15 percent of India’s GDP comes from the logistics industry, compared to the 6 percent global average. With more tech startups entering the space, things are looking up for ecommerce logistics 2.0.