[Startup Bharat] From building robots to helping daily-wage labourers, these startups are charting their own journey 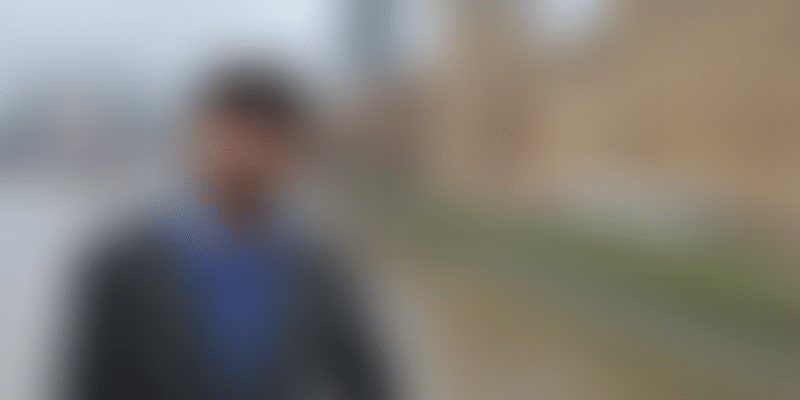 In our Startup Bharat series this time, we present to you a collection startups from across small cities in India, who have come together at iCreate, which has become an independent centre to promote startups in India.

We say India lives in its villages. But today, India (Bharat) lives in its startup dreams. While aspiration levels have skyrocketed, the urge to innovate and disrupt has also become the norm. This has made “starting up” a mainstream activity in the country.

In this edition of Startup Bharat, we bring to you entrepreneurs from smaller cities and towns who are charting out their own entrepreneurial journey and are being currently incubated at International Centre for Entrepreneurship and Technology (iCreate), an autonomous institution that nurtures and mentors budding entrepreneurs and provides them assistance. It was inaugurated by Prime Minister Narendra Modi and Israeli Prime Minister Netanyahu last year.

Photom was started by Himmat Singh in 2017 in his village called Mandla in Sojat tehsil in Pali district of Rajasthan. The startup builds robotic cleaning system for solar power plants. The dust deposit on solar panels reduces their efficiency, and people mostly need to clean it manually by using water. As India is witnessing water scarcity problem in many parts of the county, and due to increasing labour costs, the current method of cleaning solar power plants was not very cost effective.

Himmat says, “We clean the panels without using any chemicals or water. It’s a fully dry system. We can save more energy and losses can be reduced to zero.”

Photom has already received equity seed funding from iCreate and has eight employees. Despite being registered in a village, Himmat was invited by the UK government’s Royal Academy of Engineer for Leaders in Innovation Fellowship. He was one of the 15 entrepreneurs to be selected from India.

Photom has developed five prototypes of robots, which are about two to four metres in length. The startup is now planning to do pilots in Gujarat and will launch commercially after it receives certification from solar plants.

Siddharth says, “We found that daily wage labour normally comes to a central place of town / cities every morning to look for jobs. They waste about two to three hours every day just to look for a job. They do not have phones, and even if they do, they keep it at home. Hence, we made an app, website, and a call centre. Since most labourers don’t have smartphones, we register their names and Aadhaar number. Any time any employer is looking for a labourer, they come to our app and our call centre guys get in touch with the labourers.”

“On the other hand, when labourers don’t have any work, they give us a missed call to let us know they are available. We match their availability with the demand and let them know where to go for work.”

Labouradda first piloted at Faizabad. The startup is currently operational in nine cities in UP, including Lucknow, Kanpur, Mathura, and others.

Solar Labs was started in 2017, and its focus is to accelerate solar adoption in the country by using tech like AI and GIS (geographic information system).

“Whenever people install solar panels on their rooftops, the software tells how many panels can be installed on their roof, what is the amount of kilowatt that can be generated, etc. Apart from commercial analysis, the firm also provides environmental analysis and helps residents earn by selling electricity back to the grid,” says Siddharth Gangal, Co-founder, The Solar Labs.

He adds, “Our customers are generally the Solar EPC companies who take analysis reports from us and in turn send it to their clients.”

Also read: From solar power products to wastewater management, these nine women entrepreneurs are working to change lives in the energy domain

The startup is registered at Ambala, Haryana, and was founded by Siddharth Gangal, Ankush Jindal, Aswin A, Abhay Singh and Devang Bacharwar.

When asked why it moved to Gujarat, Siddharth said, “Gujarat has more solar potential and the state government is more supportive.”

The startup has five clients in Gujarat and Delhi. It also has a target to increase the number of clients to 50, and has already got signed letters of intent from solar EPC (engineering procurement and construction) companies.

Founded by Nikhil Pasari in 2017, Krishisagar is registered in Dhule, Maharashtra. Currently being incubated at iCreate, the startup is developing a B2B platform for agri-trade. While a majority of B2B agri trade happens through WhatsApp groups or through mobile phones, Krishisagar aims to bring the agri-trade into its platform by providing logins and accounts to various stakeholders, including farmers, food processing units, and traders.

Nikhil says, “Farmers generally don’t get real time pricing information and they mostly rely on their neighbourhood traders. Once a farmer gets into our platform, they get access to pricing of various agri commodities across the country.”

Once the farmer agrees to a price quote of a particular buyer, he executes the order, says Nikhil. The startup has already done a pilot in Dhule and has seen about 500 stakeholders participating. Apart from providing an online platform, the startup provides feedback on buyers’ creditworthiness and agri-related news.

Naka Foods was founded by Kushal Aradhya, an engineering graduate from VVIET, Mysuru. The company offers a range of healthy snacks targeting the urban lifestyle.

Kushal says, “We started our work by the end of 2015 after getting incubated and raising seed fund from iCreate, Gujarat. We developed our first product in collaboration with scientists from the Central Food Technological Research Institute (CFTRI), and later improved the product and did our early market testing with almost 70 IT offices in collaboration with Snacksmart, a healthy snack vending machine company in Bengaluru.”

Kushal believes the market has huge potential because in today's urban setup, corporate employees spend longer hours at work, and when they are hungry in between their meals, they end up eating unhealthy snacks due to lack of options.

"The other side of the story is that more than 72 percent of corporate employees are prone to heart and lifestyle diseases. We want to solve this need by providing the “4PM Bar”, which is nutrient-rich, tasty, healthy and convenient, and with innovations like this, we look forward to improving the lifestyle of urban Indians,” he adds.

Their product “4PM Bar” will be available at corporate work spaces and at cafeterias. He says that 4PM Bar has Spirulina, a super food, with all the essential nutrients required that are missing in our diet.