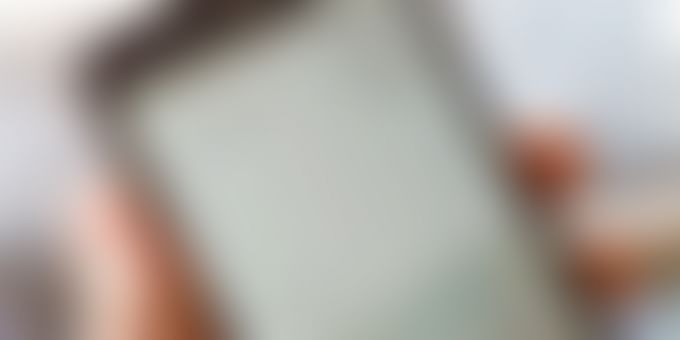 Voice is the next big tech after AI and AR. Keen to tap this growing opportunity, several Indian companies are building a host of voice-led B2C services and exploring how to make them work in Indian languages too.

Karunappa, a shopkeeper in Jayanagar, a suburb of Bengaluru, believes in the personal touch for his customers. He routinely sends them voice-recorded messages on his latest offers.

Small merchants using WhatsApp to grow is a given these days, but  Karunappa has gone a step further. He uses the Gnie app, which also tells him – via a voice message – what has been sold at his store on a given day, or even the best-selling product for the day or week.

Gnie is the brainchild of Krishna Reddy and Anji Reddy, who set up their company in 2018. The startup, which already serves more than 100 retailers as of now, aims to commercially launch its voice service by the end of the year.

“Most of our work is in pilot stages. Voice is very important for our business as we enable retailers to connect with their customers. So it is essential to have voice as a service in local languages too,” says Krishna.

Urban folks are accustomed to voice assistants, turning to Google Assistant or Amazon’s Alexa to initiate a phone call, send a text message, set a reminder/alarm, look for weather updates and news, or listen to music. Now, Gnie and several other Indian companies are building a host of voice-led B2C services on top of these technologies.

In the past few years, India has seen a massive growth in mobile-based services, fuelled by affordable data plans. Leading this revolution is Reliance Jio with 280 million customers whose average monthly data consumption, on a per user basis, was 10.8 GB while average voice consumption stood at 794 minutes. Video consumption drove most of Jio’s usage, which stood at 460 crore hours per month.

According to App Annie, an analytics company that tracks and ranks usage of apps, Indians love video streaming with the country leading at a whopping 47 billion hours spent on the top five streaming apps, followed by Brazil with only 22 billion hours.

Reason enough for startups to try and tap every kind of opportunity. Delhi-based GoldSeat, for instance, provides content, IoT services, and WiFi in buses. The voice-based service in the GoldSeat app allows customers to get destination updates, welcome messages, and consume licensed, on-the-go offline entertainment that runs seamlessly without any data cost. Says Co-founder Nischal Khetarpal,

“More than 300,000 customers are already using GoldSeat in buses. Providing customers with content and uninterrupted service is our forte. We believe voice-based solutions are the future.”

Voice is finding use in every kind of scenario and situation. Bengaluru-based ConfirmTkt is experimenting with Indian languages for voice-based services. Its objective is to offer voice as a solution to enable deeper engagement with customers. “By the end of the year, there will be a convergence of voice and Indian language-based services,” says Sripad Vaidya, Co-founder of ConfirmTkt, which has clocked 5 million app downloads.

All these startups are building on Google and Alexa. However, since most of these businesses will cater to India’s next 300 million, they will focus on building for the Android operating system, which will automatically carry Google’s services.

And it's not just limited to apps. Bengaluru-based real estate company Sobha Developers has tied up with Google Homes to bring in intelligent homes by 2020.

Anand Narayana, COO of Purvankara, another residential real estate development group, says, “We have an entire digital journey planned for the future customer. We have launched BlueNex Life, which will have Google devices pre-installed in homes. Customers can use voice to interact with their homes for security and other specific domestic functions.”

All these services are being launched for one specific reason. Yes, they make it easier for customers to deal with a more natural interface than text, but there is also a capture of intent. The data around this will be crunched to make the customer consume more. But that’s another story.

And while Google seems to have slight edge thanks to the Android Operating System, Amazon is just as big a player in this space.

So far, the controversy surrounding voice-based assistants "eavesdropping" and "recording" conversations on the sly has not yet made it to Indian shores. And Indians are happy to have someone do their bidding. As one Instagram story put it, "Alexa obeys me more than my family does!"

Amazon claims to have sold so many Echo devices in India that, according to a report on its blog, if stacked together, they would be four times taller than the Mount Everest. According to Amazon’s blog:

1. India says “I love you” to Alexa at least once every minute.

2. "Why is the sky blue?" is the most asked science question in India.

3. Alexa gets asked “Will you marry me?” every three minutes.

6. In India, Alexa gets asked the meaning of her name at least once every minute.

Dilip RS, Country Manager - Alexa Skills, India, told YourStory recently, “Brands and developers just have to make their experiences voice-oriented with our Alexa Skills Kit, and smart APIs. Both companies and the developers are already very excited about voice.”

One of the biggest Skills is horoscopes. Every Indian wants to wake up to what their day will look like and expect the stars to align. Alexa helps out through Ganesha Speaks, an astrology service that serves 10 million Indians on its website. Voice is a big part of its strategy.

“People have questions and we are training our data on Alexa to answer people’s queries on their love and professional life.”

Then there are skills like cooking – well, help with cooking, for now. IT services provider Mphasis, which specialises in cloud and cognitive services, recently implemented the “Sanjeev Kapoor Recipes” Skill for Alexa. This will allow users to search for recipes by simply asking for the recipe or listing the ingredient names in the language they prefer.

The skill uses visual cards to better engage with users, a new feature targeted at Amazon's Echo Spot devices (think Echo with a screen). This is one of the first Alexa “Skills” in India to be compatible with this new feature.

Apart from providing language options, the Skill prompts Alexa to verify if a user wants the search results to be filtered by vegetarian and non-vegetarian options. It also provides step-wise instructions, and gives “repeat” options if required. The recipe ingredients and steps are also sent to the Alexa app for easy reference.

The Seattle-based tech giant believes that the Indian voice market is ripe for disruption, given that 150 million users are estimated to use voice-enabled assistants by the end of 2019.

Accenture says 150 million users will be using voice in India this year in the form of a voice assistant. Voice is already here; this year, it will reach another level.

Google uses the fact that it is entrenched in Android to its advantage. With 95 percent of Indian phones based on Android, Google Assistant is a natural progression. According to Gartner, more than 300 million smart phones are sold in India, every year, but Google does not disclose how many people use Assistant. Even Reliance Jio phones have Google Assistant in them.

Google says that the Assistant is truly Indian; it’s your helpful “dost” that speaks the Hindi language and understands things like finding biryani recipes, pulling up the latest cricket score, or finding directions to the closest ATM.

To make it even more useful to Indians over time, developers and businesses can now build Actions for the Hindi Assistant through the developer platform Actions on Google. Once an action is built, one can just say “Ok Google, talk to…” and access the service or content straight through the Google Assistant.

Alexa and Google Assistant, presently available in English and Hindi, are looking to add many more Indian languages.

With voice being easily and quickly adopted by gadgets and gadget lovers, 2019 could well be the year that voice commands begin dominating our digital communication.

As Mohandas Pai, Chairman of Aarin Capital, says: “It is going to be great time for India as there will be more than 100 unicorns by 2025. This will be driven by engineering skills on one hand and consumption on the other.”

Read the second story in a three-part series on how voice is changing the way we interact with technology: Businesses are betting big on voice to rope in and keep customers. Here's why and how they're doing it