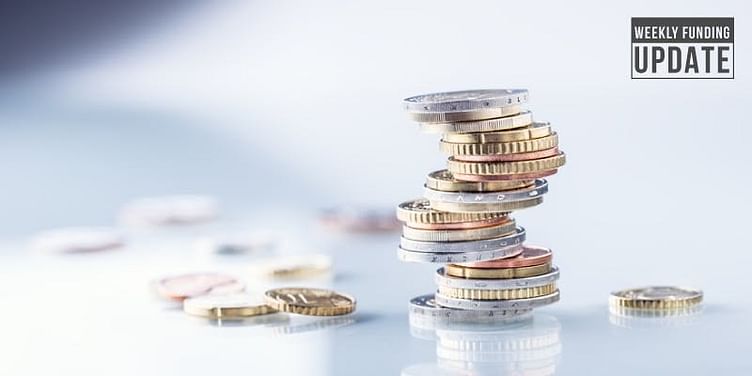 Funding across 11 equity deals this week was dominated by Zilingo's $225 million Series D round.

Halfway through February, startups recorded a mega week in terms of funding, mopping up more than $359 million in funding across 11 deals.

A majority of this was raised by ecommerce marketplace Zilingo, which raised $225 million as a part of its Series D round. The round was led by Sequoia Capital, Temasek, Burda Principal Investments, Sofina, EDBI, and Singapore Investment Fund, along with participation from existing investors. This is the third consecutive year that the startup has raised funds.

Coming in next was homegrown hotel aggregator OYO Rooms, which raised close to $100 million this week from Chinese ride-hailing giant Didi Chuxing. The investment is likely to be used to grow OYO’s China business bolster its India operations.

This is last tranche of OYO's $1 billion financing round, led by Japanese conglomerate SoftBank Vision Fund.

Growth-stage fintech companies took on the funding scene this week

A slew of fintech startups too raised growth capital.

The biggest round went to Bengaluru-based investment startup smallcase, which raised $8 million in its Series A round, led by Sequoia India, with participation from existing investors Blume Ventures, Straddle Capital, Beenext Pte Ltd, WEH Ventures, and DSP Adiko.

Open-banking platform OPEN raised Series A funding of $5 million led by Beenext, Speedinvest and 3one4 Capital. Existing investors Unicorn India Ventures and Angellist Syndicate also participated in the round.

Expense management startup Fyle raised $4 million in its Series A led by Tiger Global, along with participation from existing investors Pravega Ventures and Beenext.

Procurement solution for businesses Officepulse secured $500,000 in equity and venture debt funding from a list of strategic investors in India and the US.

In other news, media reported that Indian ride-hailing company Ola is in talks to raise funding from Mirae Asset-Naver Asia Growth Investment. The fund was jointly launched by Korea-based Mirae Financial Group and internet company Naver.