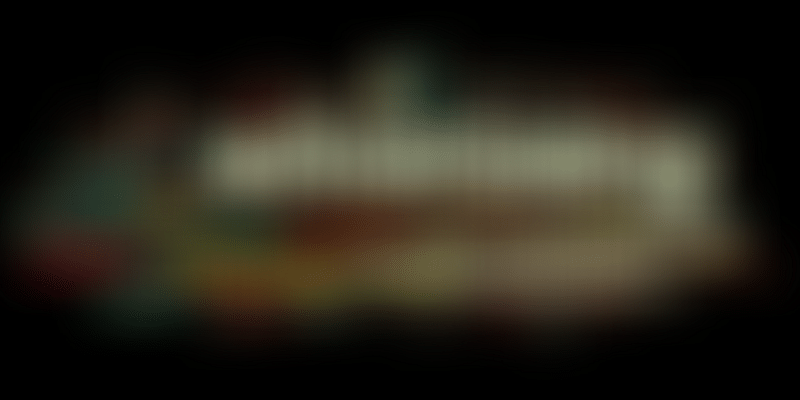 Humans today want to be more like brands while brands want to be more like humans. Brands not only must have more human like qualities, but they also need a higher purpose; a higher moral ground. They must reflect the values, philosophy, and ideology of the consumers they target. With so many competing brands, it’s important to break through the clutter.

This anthropomorphism of brands has led to the rise of “woke advertising”. But what does it mean? The Oxford English Dictionary defines it as “originally: well-informed, up-to-date. Now chiefly: alert to racial or social discrimination and injustice”. Urban Dictionary, on the other hand, defines it as “being woke means being aware… knowing what’s going on in the community (related to racism and social injustice)”.

Brands worldwide are now making bold statements by pushing social agendas through their advertising with varying degrees of success. But what happens when brands intend to be “woke” in India, in an economy where 11 percent of the youth are highly conservative and 37 percent of them are somewhat conservative (according to a news report).

This means that India has its own version of “woke”. But how does that work?

1. Woke, but needs approval from the establishment

AllOut’s 2018 campaign ‘Stand by tough moms’ shows a mother disciplining her son, to the chagrin of the other members of the family, including her husband. This meek protagonist is not given a voice in the ad; her toughness lies in quietly taking abuse, and waiting for approval, which she gets from the male head of the family. This is woke, ratified and codified by the patriarchal family.

In 2017, before the decriminalisation of gay rights, Urban Clap launched their campaign, My First Women's Day, of a mother introducing her transitioned son to society. A compelling campaign, made more palatable by making the central plot about a mother seeking approval, on behalf for her transitioned son, from those around her.

Anouk, one of Myntra’s private labels in 2015 ran the ‘Bold is beautiful’ campaign, which showed a young lesbian couple at home. An ad ahead of its time, for the normalisation of intimacy between a gay couple, this one too sought approval. The couple was waiting for one set of parents, to meet and hopefully accept them as a couple.

2. Woke, but devoid of realism, sold as a kind of a utopia

Ebay’s 2016 campaign ‘Things don’t judge’ shows a man wearing ghungroos and dancing, a man proposing to his gay partner, and a Muslim woman celebrating Diwali. Clearly woke, but in a manner that negates any of the friction, tensions, or discrimination that minorities face. They all seem to be mere caricatures of a type of minority, without making any of them real. It touches your heart, but doesn’t make one think about the privilege of the mainstream audience.

3. Woke, but not mass targeted

Unapologetic, don’t-give-a-damn woke brands do exist, but they have a narrowly defined target audience. The perfect example of this is Fasttrack, which way back in 2013 had launched ‘Come out of the closet... Move on’, a radical piece of advertising, showing a lesbian sexual encounter. This makes sense for a company going after the 18-25 years old urban demographic, according to the company, and even among them targeting those who ascribe to similar liberal progressive values. They have been consistent – in 2017, their campaign had a woman proposition a man who she found attractive; a change in the power dynamics and something that would qualify as “woke”. These ads are woke, but not talking to everyone.

Titan Raga did amazing work with its 2018 campaign ‘FlauntYourFlaw’ where they showed different women with scars. From stretch marks and a battle scar to a mark left after cancer surgery, the women were not hiding their scars – a portrait of imperfect beauty well told. The same brand’s 2016 campaign ‘#BreakTheBias’ tried to break stereotypes of women climbing the corporate ladder. This makes sense for a brand that is targeting women between the age of 28 and 35 years from the affluent socio-economic categories, especially those who are working.

Vicks did great work with their ‘Touch of Care’ campaign, showing a transgender woman raising an adopted girl child and a couple adopting a girl with a rare genetic skin disease. All woke, real, and bringing in the reality of the situation. This was a digital and PR-heavy campaign, which again gave it a targeted and a focused audience.

4. Woke, but no politics please.

Nike’s Dream Crazy campaign featuring Colin Kaepernick was a great marketing strategy in an economy where liberal values have won the cultural war and the progressive population has more monetary power. They could afford to anger the Republican base and get a polarised reaction.

But in India, brands have mostly erred on the side of caution. Last year, Amazon India bowed out when there was outrage about the brand’s partnership with Swara Bhaskar, an outspoken liberal, for its IPL Chonkpur Cheetahs campaign.

This has precedent. In 2015, Snapdeal was faced with a similar threat of boycott and app un-installation after its brand ambassador Aamir Khan spoke out about the “rising intolerance in India”. In response, Snapdeal distanced itself from him and later decided not to renew their contract.

When brands are forced into a spot, they take a carefully crafted stance, like when Ola had to react on Twitter to Ajay Mishra, an active member of the Vishwa Hindu Parishad and Bajrang Dal, cancelling a driver for being Muslim. Ola made a statement “Ola, like our country, is a secular platform, and we don't discriminate our driver partners or customers basis their caste, religion, gender or creed. We urge all our customers and driver partners to treat each other with respect at all times.” Safe, controlled, a higher moral ground, without getting into the politics of it.

Another example of a brand being caught off guard was Pepsi, with its ‘Pepsi Thi Pi Gaya’ campaign in 2016, where students are seen as protesting against the college authorities, going on a hunger strike, till one of them breaks it when he sees a Pepsi. This was criticised on social media, as mocking protests in FTII at that time, about the new chairman of the institute, a reigning government appointee.

In response to this, Pepsi issued a statement: “We would like to bring to your notice that the latest Pepsi TVC has no correlation whatsoever with the ongoing protest by the students of FTII and, in fact, viewers are sure to have noticed, that in the TVC’s fictitious situation, the placards are clearly opposing a fee hike in a college.” What Pepsi didn’t do was give any overt support to the student protest movement; that was never the intent. It was just using a context that was topical.

A brand that has been consistently in its “political” message has done so in the garb, of youth power. Tata Tea’s ‘Jaago Re campaign’ has been running for a while now; it is commendable as it makes activism relevant and cool, but is government neutral. It doesn’t take up any controversial issues that might affect a mass targeted brand. It asks you to “wake up”, but in a way that might not get the brand or you in trouble.

Brands are human too for they exist in a society. Advertising is a mirror to the best and the worst that we can be as a society. To put the onus of change on capitalist brands would be wrong, but to allow them not to be accountable at all for changing perceptions would also be wrong. But till we as people don’t change substantially, don’t expect our brands to get any more “woke” than they are today.