One for all and all for one: how farmer producer organisations are transforming agritech in India 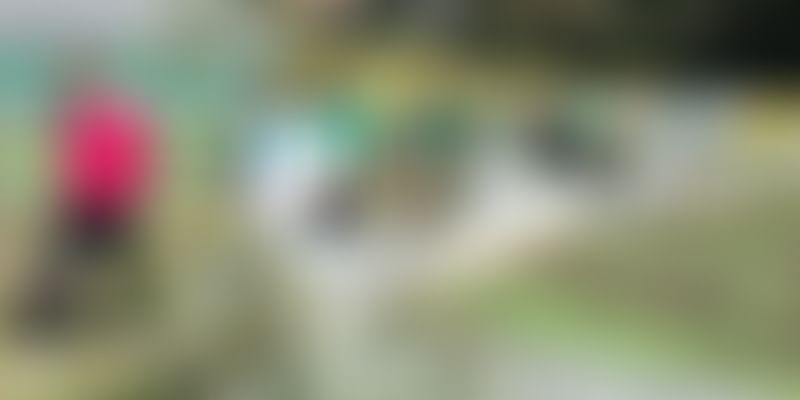 Despite the rising technology startup revolution across India, the livelihoods of a majority of the country's population are dependent on agriculture. In 2018, over 50,000 farmers from across the nation walked hundreds of kilometres to highlight their woes, and how poor product prices and lack of direct market linkages have negatively impacted the incomes of agricultural communities.

Even as farmers take to the streets to highlight their plight, agritech startups have cropped up across India to facilitate profitable and sustainable farming.

And thanks to the government's Farmer Producer Organisation (FPO) initiative, numerous collective, farmer-owned companies are now helping marginalised farmers earn stable livelihoods. Members are usually small farmers who are empowered by FPOs to trade in agricultural platforms. These FPOs follow a B2B model.

Farmers are the backbone of our country. However, despite their invaluable contributions to our very survival, little is done to empower farmers and ensure their prosperity. Fortunately, FPOs are now taking the lead in ensuring that farmers' livelihoods are not just sustainable but also flourishing.

YourStory has compiled a list of some FPO success stories below:

The FPO is the brainchild of 81-year-old TV Gopinath and is aimed at enabling the cultivation of super crops in India. Founded in 2015, Raitha Mitra boasts of around 526 farmer-shareholders from across Karnataka. The organisation also connects around 1,500 farmers via its six branches. It supplies vegetables to the Kerala government at the lowest of prices and plans to soon have its own retail brand.

Perhaps its most significant achievement is its offering of a fixed price for farmer produce. In an earlier conversation with Yourstory, Gopinath said,

“We fixed minimum prices for six vegetables at Rs 6 per kilogram. We have bought these vegetable from farmers at the same rate when the prices in the market were only Rs 2. Farmers are ensured of a certain return on vegetables cultivated by them because Raitha Mitra has agreed to buy it at the fixed price. Otherwise, when prices are higher, we buy at the market price without any commission or any other charges being levied by the middleman. There is a minimum increase in the farmers’ income, about 15 percent."

Raitha Mitra also helps connect farmers with organisations that purchase chia seeds in bulk. Eventually, the firm hopes to push into the Indian retail and wholesale market with its one brand of chia. The FPO also partnered with retail brands such as SaiYum Foods, Delhi, the Sikkim government's retail brand Sikkim Supreme, and a startup called sCoolMeal.

The Telangana-based Kamareddy Progressive Farmers Producer Company Ltd (KPFPCL) offers farmers from across 43 Telangana villages the chance to get a higher price for their produce.

The FPO already has over 2,200 farmer-shareholders but aims to increase that number to 10,000 by 2025. Farmer members of KPFPCL, in cooperation with various village associations (VAs), have also managed to raise around Rs 1.65 crore. What's more, thanks to KPFPCL's initiative, farmers are able to produce more than two crops in a year. Participation in the VA also helps farmers convert their waste land into fertile ground water for plant saplings and create nutrition gardens.

According to several local farmers, KPFPCL has enabled them to reduce production costs and increase profits. Farmers are able to participate in various training courses that educate farmers on farmyard manure, tank silting techniques, and more.

"I have been able to reduce the overall cost of production and increase the profit by taking various services like sprinkler units, fertiliser, and seeds from KPFPCL."

According to Rama Krishna,  RF Programme Integrator for the Southern Region, each of the VAs receive mentoring as well as financial support of between Rs 30 lakh and Rs 60 lakh. So far, RF has helped 21 VAs become self-sufficient and independently-run.

Rajasthan-based Samruddhi Mahila Crop Producer Company Ltd, owned by around 2,200 women farmers, is one of the few female farmer-owned FPOs that is successfully helping farmers earn a living and creating awareness among farmers on how best to start their own agricultural enterprise. Samruddhi Mahila partnered up with organisations such as SRIJAN, Bunge, and Friends of Women World Banking for trading and acquiring credit.

Savitri Gaur, a farmer from the Khatgadi village in Rajasthan, is credited with running  Smaruddhi Mahila. Apart from raising around Rs 22 lakh via contributions to purchase processing machines and other farming-related materials, the FPO also acts as an accessible platform to spread awareness about trading, and more.

Savitri is considered to be responsible for single-handedly organising the community into self-help groups (SHGs) and eventually, converting these SHGs into a producer company. The FPO also enables farmers to collectively come to a decision about hedging by suing platforms such as the National Commodity & Derivatives Exchange Limited (NCDEX), ensuring that farmers can protect themselves against falling prices of certain crops.

Founded in 2012, the RamRahim Producer Company Ltd is an entity created by farmers, for farmers. The entity was established thanks to 1,500 women from 162 SHGs who wanted to ensure that farmers could sell their produce in the marketplace at prices and terms set by them and not by middlemen or traders. In 2014, the FPO became the first producer company to be granted an equity grant by the Indian government.

RamRahim's current success is in part, thanks to Raghan Raghunathan, an engineer, who chose not to tread the conventional path of joining a large MNC as most of his peers do. Instead, Raghunathan joined the Young India Fellowship and, in 2014, he began heading RamRahim's operations across 85 villages.

In 2014, the FPO contracted a price of Rs 4,800 per quintal for soya beans on NCDEX. Three weeks later, soya bean prices crashed to as low as around Rs 3,300 per quintal. However, RamRahim's hedging ensured that the losses from selling soya bean crops were offset by trading on NCDEX. This was the first time that RamRahim raked in profits, since 2012, when it was first launched.