OYO calls China its second ‘home’ market. It has 3.2 lakh reasons to say so 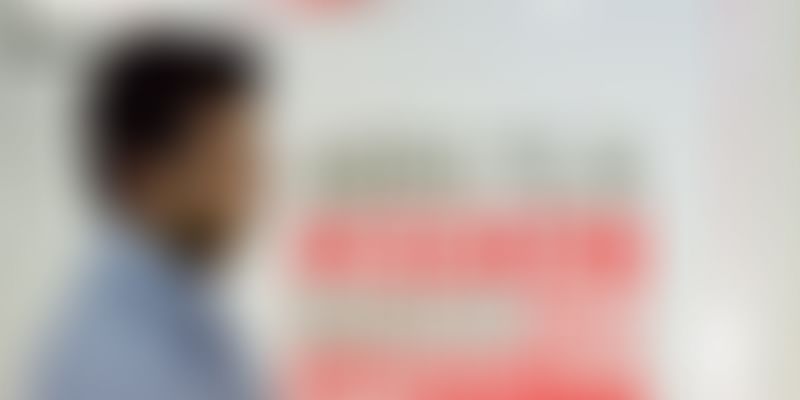 OYO in India has 1,73,000 rooms and in China 3,20,000 rooms, and counting. Today, China is a bigger market for OYO than India. Now if OYO does acquire the mid-scale hotel brand Qianyu, the company's China room number will future increase to close to 4.5 lakh rooms.

Most companies have a single home country. OYO has already decided that if it must become the world’s biggest hotel chain, one is not enough. And so, it has two countries it likes to call home: India and China – the two most populous countries in the world. Here’s why.

The buzz this week has been that hotel aggregator OYO is looking to acquire a Chinese competitor, the mid-scale hotel brand Qianyu. While OYO officially declined to comment on the acquisition, highly placed sources at the company have confirmed that talks are underway.

But here’s the thing. Even without Qianyu’s inventory, OYO had over 3.2 lakh franchised and leased rooms across 7,000 hotels in 290 Chinese cities under the franchise, managed and leased formats. That’s nearly double the 1.73 lakh rooms it has under management in India.

Acquiring Qianyu would take that number to 4.5 lakh rooms in China.

OYO’s expansion in China is no mean feat: the proverbial Middle Kingdom has been a graveyard of sorts for several global giants. Amazon, the biggest name in ecommerce globally, has less than two percent of the market in China. Uber, one of the highest valued startups in the world, exited China in 2016.

In November 2017, OYO announced it was further expanding abroad. Having tested the waters in Malaysia the previous year, it was time to try out its luck in one of the most lucrative, yet most complex markets: China. It had even received $10 million in equity funding from China Lodging to fund this foray.

Many were sceptical about whether or not it would succeed. Within a year of operations, however, OYO had made it to the top 20 list in the country. And just four months later, it is in the top five in terms of the number of rooms it has in its inventory.

While Indian startups like Capillary Technologies and InMobi have performed admirably in China, OYO’s challenges were somewhat different when it set out to make a name for itself in the uber-competitive consumer space in the country. Here’s how they cracked expansion in a ruthless market.

One without doubt is the market itself. Founder and CEO Ritesh Agarwal, aka Li Taixi, when he’s in China, believes China is one of the biggest, most untapped markets in the hospitality segment worldwide. To crack China meant making a strong investment there. Sixty percent of the $1 billion it raised in December 2018 was meant for its Chinese and South Asia expansion.

This began with appointing a COO for China - Sam Shih. Shih recently told a Chinese publication that there are over 800,000 small budget hotels in the region. These hotels are unbranded or part of the fragmented hotel industry, which, he says, run with low occupancy rates.

“There is an immense opportunity available to transform these hotels, improve the occupancies and the revenue per available room (RevPAR – a key metric in the hospitality industry) and help them deliver an accommodation experience which is at par with the big hotel chains,” he told the Chinese publication.

According to a AT Kearney report, China’s hotel industry has experienced meteoric growth, making it a $44 billion business with 2.5 million hotel rooms.

The report states, “Some analysts suggest the market is reaching its saturation point, but when compared with hotel penetration rates in mature markets—the United Kingdom, for example, has 10 hotel rooms per 1,000 capita and the United States 20— China, with just four rooms per 1,000 capita, appears low. We believe there is still a lot of room for growth: Over the next 10 years, hospitality will become a $100 billion industry with 6.3 million rooms and reach 8 rooms per 1,000 capita.”

OYO, however, dug deeper. As Sam pointed out in his interview, the Chinese hotel industry has a huge ‘white space’, where traditional hotel chains prefer to focus on premium to luxury accommodation and hotels with larger inventory. In contrast, what OYO is tapping into is the budget hotel experience and giving the consumer standardised amenities with consistency of service.

“In a sense, China is not very different from India. The idea remains the same: onboard and transform buildings that everyone else would overlook,” says Ritesh.

Also read: Taming the Dragon: How India’s Capillary Technologies is winning over the once impenetrable Chinese market

…build a Chinese team for the long run

Growth and success isn’t just about the market or the investments the company intends to make in the region.

“After India, China is the second country that has one of the strongest and most robust teams (in OYO). And the primary reason for that is the team has aggressive expansion plans,” says a highly-placed source within the company.

As a ‘second’ home market, China was where it set up a robust team to ensure they capture the market at the breakneck pace that it had set for itself in terms of onboarding properties. The CXO layer comes with a solid track record in the Chinese consumer space and experience that spans both homegrown Chinese brands and multinational companies.

Sam, for instance, was previously President of Global Consumables and CEO at Asia Pulp & Paper Co., Ltd., a giant in the Chinese pulp and paper industry. He has also led operations for companies like Red Bull, Accor Group, and Pepsi China.

Then there’s Tony Liang, Chief HR Officer, who has over 20 years of experience in the HR industry at companies like Wanda, Dianping , SF Express. Jia Zhou, CTO, has earlier worked for the likes of Google, Uber and Mobike. Wilson Li, CFO, has prior experience at GE, Car Inc., UniTrust Finance.

In the recent interview, Sam said,

“In over a year, we’ve been able to create over 100,000 employment opportunities for the young Chinese hospitality enthusiasts while enabling better accommodation experiences for the middle-income people in the country.”

…understand the need for localisation

Having started out in India – a complex, nuanced, often baffling market for multinational brands – Ritesh knew that they would have to look at China differently.

“While there is complete standardisation in terms of infrastructure and service, it is important to bring in localisation and differentiation. What is important is to look at each market differently. China in that sense is looked at differently and needs to be started in a similar manner,” says Ritesh.

While India as a market is focused on service at a low price, China is about the infrastructure. In this respect, what helped OYO was also the local vendor business ecosystem.

There are an estimated 600-1000 supply chain vendors that help in ensuring the infrastructure quality efforts. As Sam put it, “We have also invested in capabilities across supply franchising/leasing, renovation, operations, distribution and technology.”

One area where they replicated an internal success story is the OYO Skill Institute, which the company says has helped ensure that on-ground hotel staff get trained to deliver a consistent customer experience. While YourStory was unable to ascertain the number of skill institutes that OYO has been set up in China, Sam has stated that they will continue to scale these.

Also read: I saw an opportunity to build a global brand that is truly from India, says Aditya Ghosh of OYO

“In China, the need for budget accommodation is needed more in deeper parts of the country. The nation is vast and wide, and there are fewer stay options available in the region. Primarily because it is very difficult for an outsider to build at a scale that OYO has,” an investor told YourStory on condition of anonymity.

The source in OYO confirmed to YourStory that the company has been doubling occupancy rates for its franchisees and lessee owners in China. It is also working on strengthening their relationships with online travel aggregators, as well as such as APP, Sales and Membership.

The challenge for OYO in China – just as in any other market – is whether it will be able to balance the breakneck speed of expansion with high-quality service delivery at such a large scale. Just something to keep an eye on while it works towards its goal of becoming the world’s biggest hotel chain by 2023.

Also read: How OYO is working to become the world’s biggest hospitality chain, one hotel at a time