How these startups are helping stem the water crisis in India 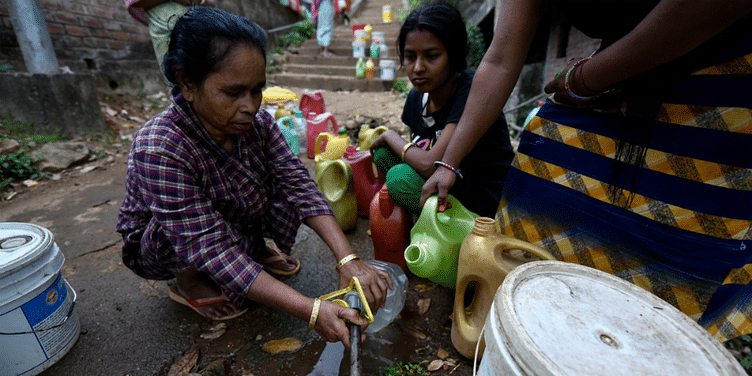 As groundwater levels fall, and metros, towns, and villages across India face chronic water scarcity, we list five startups that are on a mission to help us conserve our most precious resource: water.

Bananarama may well have been talking about India when the band crooned Cruel Summer in 1984. Decades later, the grim demon of water scarcity continues to stare the country in the face, summer after summer.

The issue of water scarcity affects every family, but wastage also begins from every household. What is scary is that India, which has 18 percent of the world’s population, has access to only four percent of global water and just 2.4 percent of land mass. According to The Water Gap - WaterAid’s State of the World’s Water 2018, more than 163 million people in India do not have access to clean water, the highest in the world. The country also faces several challenges when it comes to water resources due to climate change, the report adds.

The 2018 UNESCO World Water Development report, meanwhile, predicted an intensified water crisis across the country by 2050, with many parts of central India likely to face a withdrawal of 40 percent of the renewable surface water resources.

Most of us consider water shortage a “government problem”. It’s time to accept that the government can do little unless it embraces technology to track consumption, find, and conserve water.

India’s National Water Policy was updated in 2012. The policy stresses on setting water allocation priorities, saving water, resource planning and recycling, and regulating use of groundwater.

The policy has, unfortunately, not been able to regulate the millions of borewells that have sprung up across the country. Data from Central Ground Water Board shows water tables in India are clearly down 1,000 feet and more in almost all cities in India. After this depth, water is brackish and unfit for consumption. The mushrooming use in agriculture has led to borewells running dry, be it in Pune, Nagpur, or Bengaluru.

“It's a time bomb that no policy wants to address. We, as startups, are trying to bring autonomous farming and water-saving techniques. But we are just a drop in a large ocean. The government should take water shortage seriously.”

Water is a state subject and every summer there is a fight between states, be it Tamil Nadu and Karnataka, Tamil Nadu and Kerala, or Andhra Pradesh and Maharashtra, over river water.

“It is very difficult to work with the government when you are a technology company wanting to solve the problem of water. It is not yet on the priority list and startups have to go through too many middlemen who promise to lobby with the Niti Aayog,” says a startup founder.

Compare this with progressive governments that put water on top of the priority list. Singapore, which stores almost 28 percent of its water, has a Mission 2030 plan and is working to ensure that the government creates enough water resources for the entire population. Conservation is one big step, but storage, purification, and supply are also priorities.

Water conservation and storage are still not a priority and most Indian households waste ample water during the course of the day. Change needs to start at the grassroots, something that is not happening yet.

According to Fluid Control Research of India, water meters are the way ahead when compared to water flow sensors. FCRI states that sensors don't display consumption, and if they stop working, no one will know what the consumption was. Clearly, there needs to be more innovation in water conservation.

Enter a slew of startups that are approaching builders and housing societies and getting people to track water usage autonomously and save consumption.

YourStory lists down some of the startups that are on a mission to help you – and the country – save water.

This company offers intelligent estate meters and systems that save water and are capable of detecting small/catastrophic leaks that can cause significant damage. With an integrated smart valve, the user can shut off water supply from anywhere in the world and prevent damage. The company has raised a large sum from Macquarie and is going after the global market.

“People only react to a crisis. This year we have had record inquires in March alone,” says Vivek Shukla, Co-founder of Bengaluru-based SmarterHomes, which works with several real estate assets. Since its launch in 2017, SmarterHomes claims to have sold 16,000 water meters across Hyderabad, Chennai, Bengaluru, and Pune, and to have helped 23,500 residents prevent wastage of water.

The water meter, which comprises a data logger that runs on in-built software, allows residents to track the consumption of water in their household through a mobile application called Water On.

Also read: Forgot to turn the tap off at home? Thanks to this IoT startup you can turn it off from your office

This Coimbatore-based company was founded in 2014 to help farmers get used to modern agriculture practices using technology. Their GoTron platform ensures farmers need not worry about watering fields as the system takes care of watering and spraying nutrition on plants. It autonomously manages the farm with the farmer only having to involve himself while sowing the crop.

“Water is crucial here. Water and nutrition decide the yield, this should be remembered, and only then will Indian agriculture will improve. Only software and aggregation of farms can make Indian agriculture efficient again,” says Ben Raja, Founder of FarmAgain, which works with close to 10,000 acres of farms.

Also read: Want to learn how to scale up farming, here is Ben Raja's story of 'Farm Again'

Founded in Pune by Sameer Anant Tilak, Sachin Kamlakar, Gautam Suresh, and Sethupathi Asokan, this company allows smart metering of water consumption. It offers solutions for hostels, societies, townships, and commercial buildings to save water and electricity. The Pune-based startup's smart water meters help gather data from multiple water meters and send it to the cloud server. It can provide leak detection services, analysis for daily consumption and billing, offer a graphical comparison usage of water with other houses of the same type, and send notifications when thresholds are crossed.

WeGot: measuring and managing water in every home

Chennai-based WEGoT has developed a platform that integrates three resources that all households use - water, electricity, and gas - and helps measure, manage and conserve them easily. The startup’s internet-of-things (IoT) water management digital platform captures and shares real-time data on daily water usage patterns with clients, incentivising them to save water over time. Co-founder and CMO Abilash Haridass says, “In India, we are looking for the right data or insights to take the next step to save water.” The startup believes they are offering a solution that can help every family to make a difference.

Also read: Is your building using water efficiently? WeGoT’s IoT app will help you find out

In 2017, Hyderabad-based Swapnil Shrivastav, Sandeep Nutakki, and Venkatesh R developed a device that used solar energy to source drinking water from the air. The prototype collects water vapour using hygroscopic material, which readily attracts water in the night, and then uses sunlight to heat it up during the day. A condenser then cools down the water and sends it to users through pipes. This process acts like a natural filter. The founders claim the prototype can produce 50 litres of water everyday through this process, with the team keen to run pilots in water-stressed rural areas. Their patent pending and award-winning “aquapanel” technology is modular, scalable, and it works efficiently even in dry and arid areas.

If the government joins hands with startups like these, it may be possible to help conserve our most precious resource: water. The time is NOW.