From a Gurugram flat to Y Combinator: why customers of furniture rental startup CityFurnish are happy to rent for longer 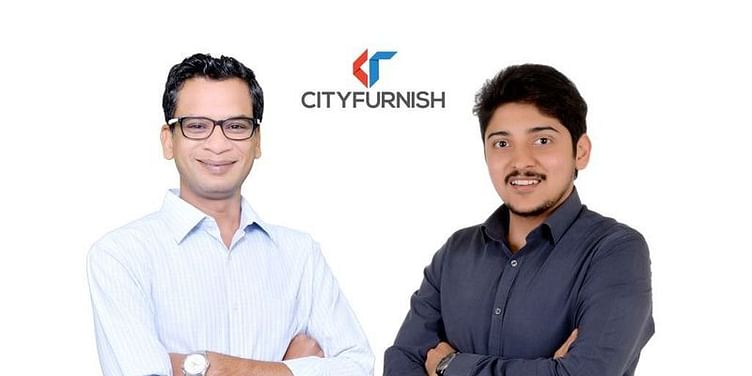 In three years, Gurugram-based CityFurnish has grown from less than a hundred to several thousands of rental subscriptions, helping urban Indians move across cities seamlessly without worrying about their furniture requirements.

CityFurnish was founded in 2015 by Neerav Jain, a former intern at furniture and furnishings omnichannel retailer Pepperfry. Hailing from a family of furniture-makers in Jodhpur, Neerav wanted to explore the rentals space that had picked up in India with more salaried young adults living away from their hometowns and moving houses frequently. These individuals had also started warming up to the idea of rented beds, sofas, and tables as opposed to owned goods, which not only incur higher costs but also make city-hopping more difficult.

By the time Neerav started CityFurnish from his Gurugram flat along with co-founder Saurabh Gupta, India’s furniture rental market had already seen the likes of Furlenco (2011) and Rentomojo (2014) - two startups that set the tone for furniture lending in the country. Yet, Neerav knew he had something more to offer, especially in terms of a quality customer experience.

The Founder-CEO tells YourStory, “When we started, almost 99 percent of people in India bought furniture. Renting and subscription was a very niche category because it was looked down upon as a compromise on either product or service. We were trying to change that perception and influence user behaviour. We did not want our customers to feel inferior for renting furniture.”

Also read: The startups that let you rent furniture and appliances within your budget

CityFurnish started with just 50 rentals (or subscriptions) in Gurugram. Since then, the startup has grown to about 10,000 live subscriptions in three years, with a presence in Delhi-NCR, Bengaluru, Mumbai, and Pune. It has also set up nine fulfilment centres in five cities and expanded its furniture lock-in period from 3-6 months to 24 months.

“With volume and scale, we have been able to reach the inflection point of 24 months, where customers are happy to subscribe to a furniture package for longer,” says Neerav. Longer subscriptions have also been beneficial for the company. He explains,

“Earlier, we followed a hotel booking model. We asked people for a start date and an end date, and they subscribed for a short period. Now, we have moved to a Netflix-style subscription model, and that has helped us increase customer retention from 35 percent to more than 52 percent.”

With more sticky customers, revenues are looking up as well. CityFurnish claims that it has hit an ARR of $3 million and its revenues are increasing 150 percent year-on-year. Subscribers, meanwhile, are growing 11 percent month-on-month with a 1.5 percent churn (those who drop out).

“When we started, we were more focussed on acquiring customers. Now, we want to retain more. So, we are offering a 30-40 percent price benefit to renewing customers,” Neerav says. “We have also launched a free relocation service for customers who are moving cities in the middle of their subscriptions,” he adds.

Next phase of growth and expansion

Over the next two months, CityFurnish will roll out in Hyderabad, Chennai, and Ahmedabad. It has set a target of one million subscribers by 2021, with an ARR of $70-80 million. That might appear steep given the growing competition in India’s furniture and appliances rental market, currently pegged at about $1.2 billion by consulting firm PwC. Besides Furlenco and Rentomojo, there are others like Rentickle, GrabOnRent, Rentezee, and Voko as well.

Nevertheless, CityFurnish has guidance from the best in the business, and hopes to make the most of it. Last month, it was one of the four Indian startups to be shortlisted by Y Combinator (the top see accelerator in the US) for a 12-week programme. In exchange of a 7 percent equity stake, CityFurnish will gain mentorship, funding, and access to top investors in Silicon Valley.

“This is a huge validation for our business. The Y Combinator ecosystem helps us take more risky bets. The vision and horizon of global investors is much wider. We plan to further strengthen our positioning by introducing more product categories both vertically and horizontally.”

At present, the startup’s product categories include home and office furniture, consumer durables and appliances, electronics, and fitness equipment. It will launch kids’ furniture shortly and sees it as a prospective high-growth vertical. Says Neerav,

“We see it as a perfect subscription category because kids tend to outgrow furniture every 1-2 years. Hence, it makes more sense to rent than to buy. We’re trying to bring depth and variety to it.”

To make this a success, CityFurnish will have to woo young parents, considering its primary customer base is the age group of 24-38, to rent chairs, tables, and beds for their infants.

The startup is also looking at the office furniture segment more actively as corporate customers tend to have lesser budget constraints.

Even though home furniture accounts for over 55 percent of CityFurnish’s subscriptions, commercial customers are growing with shared workspaces gaining ground in India. Its current clientele consists of large corporates like Toyota, Indian Oil, and Samsung, as well as local startups.

New verticals and newer geographies need funds, of course. Until now, CityFurnish has raised close to $600,000 from Times Group-owned Brand Capital, and a few undisclosed angels. Add to that, Y-Combinator’s $150,000. The startup is also looking to raise another $2 million sometime later this year.

Despite online buying and renting gaining ground in India, 90 percent of the furniture market is still offline. This is because most customers face a trust deficit when it comes to quality on online furniture rental platforms. This, reckons Neerav, is where CityFurnish scores.

He says that his domain expertise and his family’s decades-old connections in the furniture industry helped him bring about a certain sophistication and luxury to CityFurnish and offer customers a “superior experience”.

Besides designing and manufacturing its own premium furniture, CityFurnish, unlike many of its peers also controls the end-to-end value chain from product sourcing to fulfilment and delivery. It even services installation and maintenance requests from customers. Neerav says,

“We not only have in-house designers and manufacturers, but our team also provides the ‘wow’ factor for customers. For instance, our delivery boys will roll out the dining mats or tuck in the bedsheets. There is no third party involved, and we control the entire user experience.”

A premium service comes at a premium cost, of course. An average monthly subscription for a 2BHK flat costs about Rs 4,000-5,000 on CityFurnish. Some other platforms, on the other hand, have packages starting at Rs 1,300-1,500. However, prices fluctuate city-wise. “Each market has a different price sensitivity,” Neerav says. Mumbai is different from Pune, and so on.

In summary, CityFurnish is out to “create a new way of living” for urban Indians. “You can upgrade, relocate and still not own anything,” says the founder.

Isn’t that the very essence of the sharing economy?