Get, set, Android Go: Xiaomi’s Redmi Go is cheap, compact, and on sale 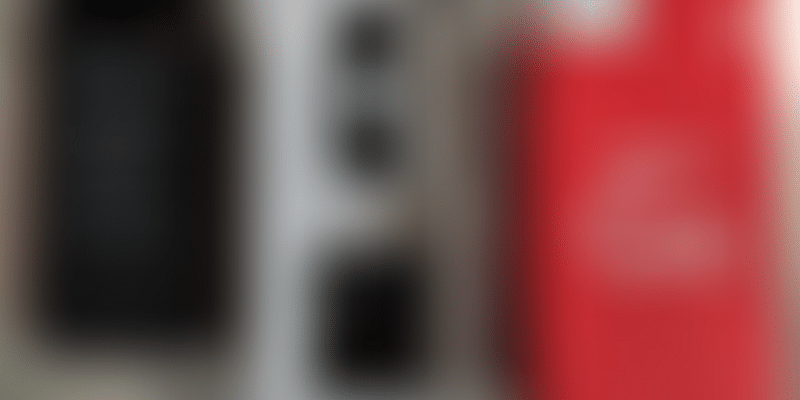 Xiaomi’s latest Redmi Go, priced at Rs 4,499, is its cheapest model to date. As it goes on flash sale again today, we see if this one really lives up to the hype.

Xiaomi has left no market untapped in India. In fact, Xiaomi India posted a 175 percent rise in revenue in 2017-18. And its latest offering is an entry-level smartphone, Redmi Go, built for the market. Dirt cheap, packing a decent 1GB RAM, and a powerful 3,000 mAh battery, Redmi Go is priced at only Rs 4,499 - its cheapest ever.

Also read: Mobile gone bust? Now get it fixed at home through Mobigarage

The phone has already gone on several flash sales since its launch. It is available in blue and black colour variants, and there is no sibling, with better or lower specifications at different prices.

Redmi Go runs on Android Go, which is a lighter version of the operating system specifically built for smartphones with low RAM and memory configurations.

We had a chance to use the handset, and here’s what we think.

The phone comes with all the essentials - handset, quick-charge adapter, USB cable, SIM ejecting tool, and user manual. It supports micro-USB charging, and not the latest USB-C, which is expected at this price point.

At first glance, the Redmi Go does not look like an entry-level phone. It has a sleek matte finish with a neat plastic body. The phone is a bit smaller than most smartphones, and offers a comfortable one-hand usage.

For perspective, the phone has a 5-inch (12.7cm) display, compared to 6.3 inch display of Redmi Note 7 Pro, or 5.5 inch of OnePlus 3. It is also much lighter in weight as Xiaomi has used polycarbonate to build its latest handset.

It does not have a fingerprint scanner, which is not a big deal at this price. The only complaint we had was that the capacitive buttons at the bottom of the screen are not backlit, a major disadvantage in the dark.

While we expected a screen resolution with not-so-great colours and display, Redmi Go surprised us. It has bright and vivid colours with a resolution of 1280 x 720 pixels. The phone runs on Android Oreo (Go edition) with a fluid experience.

Users can take sharp and detailed photos and record full HD resolution videos using the 8MP rear camera. It also has an LED flash. The photo quality is impressive, and colours are not compromised. The 5MP front camera allows for great selfies that are sharp and capture the colours well.

Below are some of the shots taken in natural light, low light, and indoors. The camera also allows the user to take a picture in different tones, has scenes like sports, landscape, night mode, and more.

Also read: The much-awaited Xiaomi Redmi Note 7 Pro is out. Is this smartphone worth every pixel?

In terms of specifications, the phone comes with a quad-core Qualcomm Snapdragon 425 processor in tandem with 1GB RAM, 8GB internal storage. It has decent performance capability, but best suitable for light use. With these specs, games like PubG might be difficult to run. When we recorded two or three videos at one go, the phone started lagging.

The phone warmed up a little bit after 30 minutes of continuous video streaming but did not heat up. The battery lasted two days, including at least two hours of video streaming in total, a few calls, and some use of the camera.

Redmi Go supports dual SIM usage and has a dedicated microSD slot, with an extended memory support of up to 128GB. It also supports at least 20 Indian regional languages, allowing users to use Google Assistant in Hindi, English, and Hinglish. It comes with some preloaded light apps, like Facebook Lite, YouTube Go, Xiaomi’s own browser Mint, etc.

This is a plain vanilla smartphone for first-time smartphone users or those looking for a secondary device with limited use. Even though the hardware-software combination is impressive, 1GB RAM is still disappointing.

You can settle for Redmi Go if this is your first smartphone purchase or you have a low budget, or low usage. But, if your budget has a little wiggle room, you might want to look at Xiaomi’s other model, Redmi 6A, priced at Rs 5,999, which offers 2GB RAM and 16GB internal storage.