Best of YS Weekender: What’s next in the MCU, Nandita Das on her latest film, and a peek into Rajat Gupta’s new book 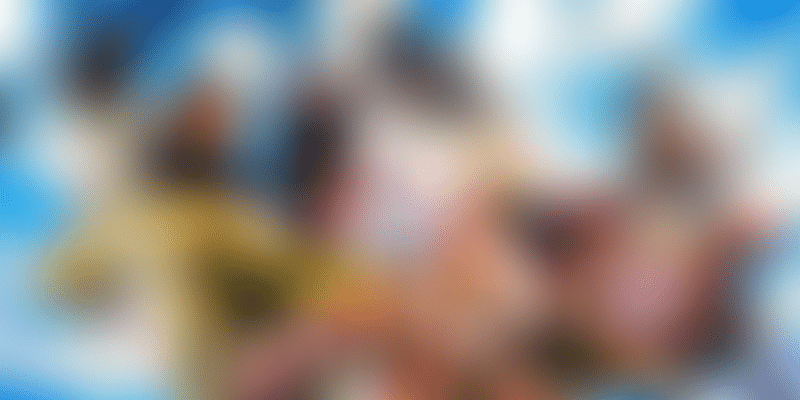 This weekend, also enjoy a tête-à-tête with actor Amol Parashar, plan a marathon in Ladakh, and read all about what actor-activist Prakash Belawadi has to say about an eco-festival in Bengaluru.

Remember that cult classic movie Albert Pinto ko Gussa Kyon Aata Hai, which captured the angst of the common man in the face of political, social and cultural breakdown? The film is back in a modern avatar with a fresh take on the subject and a new star cast. We caught up with actor Nandita Das who plays a pivotal role in the remake and in an interesting tête-à-tête, we get to hear about her thoughts on the movie and why Indian films don’t make it big in international festivals.

We also get to hear all about her tour of the US where her film, Manto, was screened at eight universities in the US, including Harvard, Yale, Columbia, MIT, Cornell, among others.

With the release of Avengers: Endgame this week and with the first reactions to Marvel's latest film rolling in, we are at the cusp of movie history. Endgame wraps up the 'Infinity' chapter of the Marvel Cinematic Universe after 11 years. To say that this grand finale has been the most-anticipated film of all time is an understatement.

The story arc will come full circle with the latest release. Which makes you wonder: what's next in the MCU?

Here’s a roundup of the hottest movies up ahead and what fans can wait for, once the excitement of Avengers: Endgame dies down.

Rajat Gupta's career and his downfall have been well-documented. The release of his memoirs, Mind without Fear, gives us his side of the story.

The big question, however, will always remain as to whether the man who was the toast of corporate America and head honcho of a major consulting firm would indulge in criminal activities.

We can form our own judgements as we read the book, but we will discover that his story is a lesson in the triumph of the human spirit against all odds. Check out our book review for more on what you can expect.

Not your typical macho man, IITian-turned-actor Amol Parashar brings refreshing candour to every role he takes up. When he left his corporate job and got a role in Rocket Singh: Salesman of the Year, and later in the film, Traffic, he found that a whole new career path had opened up for him.

And now, with Season 2 of TVF Tripling, a web series that is streaming now and where he plays the role of Chitvan, his popularity has peaked like never before. In a conversation with the young actor, we find out about his love for theatre and his plans to launch his own startup and become an entrepreneur someday.

It’s no use reminiscing about the past and being nostalgic about the beauty of Bengaluru, unless you are willing to preserve the city for future generations, say activists. That is the premise of Avani, the eco-festival that is underway in the city, helmed by actor and activist Prakash Belawadi.

In a candid interaction with the actor, who is well known, both in Bollywood and in the Kannada film industry, we get to find out why it is important to participate in scientifically designed efforts to improve our urban ecological health.

Get ready for some great art, bicycle floats, exhibitions, panel discussions, a play, and much more.

Do you love books by Roald Dahl, and actor Dwight Schrute from popular American TV series The Office? So does Manvi Chaudhary, a Gurugram-based entrepreneur and founder of Pier 38 Bar and Kitchen.

This intrepid entrepreneur who ventured into the cut-throat competition of F&B and went on to launch her own bar and kitchen, talks about her greatest extravagances, her most treasured possessions, her most marked characteristics and much more in her responses to our Proust questionnaire.

With a lifelong motto of spreading happiness wherever she can and her fear that chocolate might become extinct, Manvi is one entrepreneur you must read about this weekend.