WATCH: How the battle of the bots is influencing your views on the 2019 elections and national security 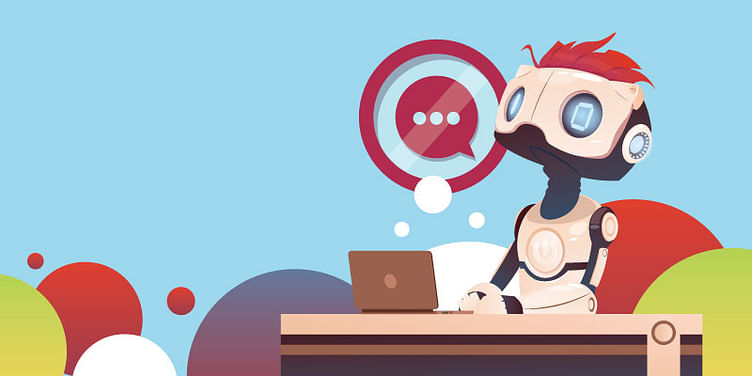 As India’s big battle for the ballot continues, a war is playing out alongside – instead of on-ground combat, it’s being waged on social networks. Bots, software applications that run automated tasks over the internet, are being used to manipulate voter sentiment in the world’s largest democracy.

The charge of the bot brigade isn’t new. From Brexit and US President Donald Trump’s election to radicalisation of Indian minorities, online social networks shape narratives and spread propaganda to manipulate the public and influence political processes.

In the pre-internet days, parties used TV and radio to beam messages effectively. But, the message was always a single source. In the social media world, agenda-setting agents are slicing and dicing citizens into islands of preferences, offering news that they want to believe in and not necessarily what is objective.

“Whether we like it or not we are becoming islands that can be influenced by narratives because we want to listen to what we have already chosen to believe,” says Atul Jalan, author of the book Where Will Man Take Us? The Bold Story of the Man Technology is Creating.

In the video below, a few cyber experts tell us how India has to be ready to fight the war of the bots. As you expand on the story, you will find that bots are indeed trying to radicalise many groups within the country.

Fake news and “bot” farms are crawling across social media; they’re even on Tinder. These bots, which we all know to be biased, buy legitimacy with fake names and accounts. The bot attacks, which aim at massive radicalisation, are not just from Pakistan and Eastern Europe. Indian politicians are also using them to influence voters and try and win the elections.

According to government sources, there are over 50 Congress and BJP bots fighting to “win the mind of the Indian electorate”. But, these elections are just a small blip, as these motivated actors are trying to unravel India’s narrative.

Following the narratives of Indian politicians' Twitter accounts reveals of Indian how they garner thousands of retweets from bots. Most of us think this mass support is provided by genuine followers, but bots are retweeting multiple times under fake names and identities. Follow the leaders of India’s two largest parties and see the tweets that ensue and the stories made available on the internet with an objective to set the public agenda.

Sources seeking anonymity told YourStory that the narrative of India as we know it was changing due to the battle of the bots.

But what is a bot and what power does it wield over the Indian electoral process?

A bot is software programmed to perform certain tasks. In this case, a bot is trained to influence and retweet news as many times as possible, under different names. Content is created by human farms in Philippines, Russia, and Pakistan; a bot takes over after the content is released and does not stop till it builds public opinion.

A visit to Inneffu Labs, a Delhi-based cybersecurity and cyber warfare company, reveals the kind of bots the organisation’s tool is tracking. “We see bots from Pakistan setting the narrative on several social media platforms. While we have several reports that cannot be made public, I can say that India is extremely vulnerable to anti-national sentiments and attacks from across the world. Today, different actors are using social media, and there is a propaganda war against the Indian State,” says Tarun Wig, the Co-founder of Inneffu Labs.

Their report, titled “Innsight”, is comprehensive and frightening, and reveals the role bots play in creating anti-State narratives.

According to the report, the “Khalistan” and “Free Kashmir” movements are picking up. The report says the two connected anti-Indian propaganda are perpetrated by bots based in Pakistan, adding that bots are “trying to influence common people and parties”.

What is India’s response? The report says India does not have a strong counter-narrative. A comparison of the narrative and counter-narrative on Khalistan showed an almost negligible stand against the separatist propaganda on social media by India. During the period of analysis only 483 unique users were recorded with an anti-Khalistan narrative against 2,952 pro-Khalistan unique users.

“We cannot ignore the social media war. It goes beyond elections; it is a matter of national security and Indians must realise that they have to be weary of consuming news from fake accounts,” Tarun says. He adds that these anti-India narratives, which “sit on Twitter, Facebook, and Instagram”, also emerge from the UK and Canada.

The bot battle is real

In history when two forces are fighting each other, there is always an unknown third that comes and destroys the first two. In India, there has to be a referendum on fighting these bots.

Deep inside the labs of telecom analytics solutions provider Subex, a bunch of white caps and security analysts are studying the threats bots pose to India. They analyse “attacks” on devices and websites, and try to figure out the origins of these bots.

“We see increased malware, botnets, and advanced persistent threats. The biggest group that they are targeting are people under 35 years of age. These bots hashtag legit users and create narratives. People are vulnerable and we have seen that a third of the people on social media believe bot-infused information,” says Rohit Maheshwari, Head of Products at Bengaluru-based Subex.

He believes that there needs to be regulation to fight bots. “I propose a three-pronged approach. The first one is self-regulation from corporates or social media companies. The second one is for individuals; people must understand that they don’t have to believe all that they see on social media, especially from handles that look dubious. The final one, perhaps the most important one, is that governments have to take this as a policy level situation and pass laws to fight fake bots,” Rohit says.

Across the world, bots have been in the thick of things in recent times. Campaigns have tried to influence the Brexit referendum, manipulate voters in elections in Austria, France, Germany, and Italy, and take charge of the US gun control debate. It’s now apparent that US President Donald Trump’s decision to release top secret memos on the Florida shooting incident was influenced by a campaign built by bots pushing anger and animosity.

Yuval Noah Harari, in his book Homo Sapiens, said, “We are telling stories and are a species that want to live through narratives.” What bots are trying to do is change those narratives.

With the Indian elections in mind, it’s important to remember that voters will be on the losing side no matter who wins the battle of the bots.