Crowdfunding 'Our Democracy': How this Delhi startup wants to revolutionise Indian elections 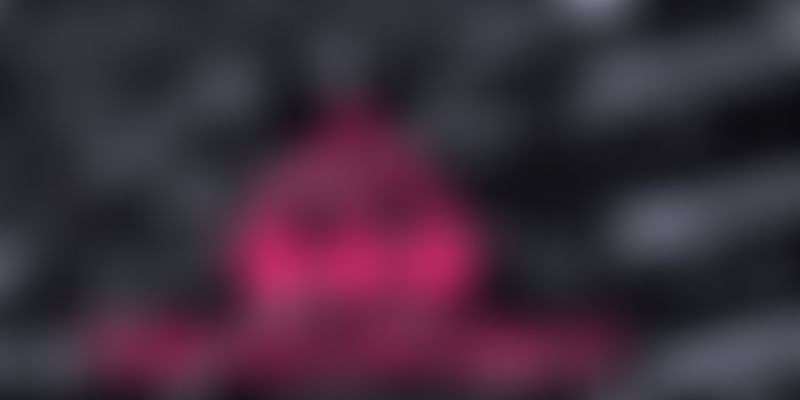 Bootstrapped Delhi-based startup ‘Our Democracy’ claims to be the first and only crowdfunding platform compliant with India’s strict political fundraising norms, running campaigns across parties including the BJP, AAP, and Congress.

The biggest event in the world’s largest democracy is currently underway -- the 2019 general elections in India that will elect representatives for the country’s 1.3 billion people and form the next government.

As the closely watched elections unfold, in a home-office space in one corner of the national capital’s Jamia Nagar, 35-year-old former journalist Bilal Zaidi is quietly working towards revolutionising the electoral process through his startup OurDemocracry.in, which he co-founded with Anand Mangnale, a socio-political campaigner.

“We are India’s first and only political crowdfunding platform compliant with the country’s strict political fundraising norms,” says Bilal who, as a journalist, has covered 26 assembly elections, three Lok Sabha elections and the Indian Parliament for over a decade.

His co-founder Anand, on the other hand, has worked on advocacy campaigns in London in the past. In India, he has worked on farmers and human rights issues, and on several political campaigns.

The biggest validation for the startup so far has been the victory of Dalit leader Jignesh Mewani from the Vadgam seat in Gujarat’s Banaskantha district, defeating BJP candidate Vijay Chakravarti by 19,696 votes in 2017, says Bilal. Mewani, who contested as an independent candidate (with the support of the Congress), raised Rs 19 lakh from the platform.

Another shot in the arm for the startup came earlier this month when former JNU student leader and Communist Party of India’s (CPI) Begusarai candidate Kanhaiya Kumar raised Rs 70 lakh from 5,582 supporters in just a matter of five days. According to the Election Commission rulebook, Rs 70 lakh is the upper limit to how much a candidate can spend on an election campaign.

A key member of the Kanhaiya Kumar campaign, Dhananjay, comments: "When we launched the crowdfunding campaign, we didn't know how it would be received. But in just about a week, we received more than 5,000 donations from across India that clearly established that the citizens of this country can see through the propaganda. There were cyber attacks on Our Democracy platform during this period and yet we managed to complete our Rs 70 lakh target in record time, which is yet another indication that love can conquer fear."

Aside from the resounding success of Kanhaiya Kumar’s campaign, what really stood out was the overwhelming number of Rs 100 contributions that came in from the poorer sections of society, notes Bilal. This suggests that a large number of people want to play a more active role in the electoral process in the country, he adds.

The Aam Aadmi Party’s (AAP) Atishi who is running for Parliament from the East Delhi Lok Sabha constituency is also using Our Democracy platform to raise funds and has thus far has raised over Rs 57 lakh (at the time of writing this story). She hopes to achieve the target of Rs 70 lakh soon.

The national joint secretary of AAP, Akshay Marathe, who is a part of Atishi’s campaign team opines,

"The major benefit of crowdfunding is that candidates give the direct message to the voters that they will be working for them as they paid for the campaign. This helps in connecting with people and introducing yourself directly to the people of your constituency.”

Crowdfunding also helps in keeping vested interests away, which at times is not possible with corporate funding, for instance, he adds.

However, not all campaigns on the platform are successful. For instance, Haryana Congress president Ashok Tanwar, despite getting around 200-300 shares on Facebook for his campaign, managed to raise only around Rs 4,000.

Also read: As India gets election fever, this Jalandhar-based startup helps with ratings and reviews of your Netas

The platform has run campaigns for candidates across party lines including the Bharatiya Janata Party (BJP), Congress, AAP, the Left parties, as well as independent candidates.

Bilal says his startup wants to work with all parties as that is the very essence of democracy and the company has been reaching out to candidates from all parties.

Fundraising for political campaigns is not just restricted to the big ticket elections but can be used for everything from municipal to Panchayat polls, says Bilal. He reasons, "As a nation, we celebrate democracy at all levels - from Parliament to Panchayat, from Colleges to RWA (residents’ welfare association) polls."

On Our Democracy, irrespective of whether one is taking a political action or looking to contest elections, they can start a conditional campaign to raise funds for a candidate or a cause.

“Crowdfunded contributions are safe because the escrow accounts accessible via the Our Democracy platform let you verify your donors and return any contribution that’s unsuitable to your politics," says Anand.

An escrow account is a temporary pass-through account held by a third party during the process of a transaction between two parties. Anand points out, "The platform itself is designed to create peer-to-peer virality, something that ordinary donation pages lack. That’s one of the reasons behind some of our extremely viral campaigns. Besides, the core team of Our Democracy campaigners also provide timely advice for select campaigns.”

Political campaigns aside, Our Democracy also helped raise Rs 40 lakh for the families of the Unnao rape survivor and the Kathua rape victim.

Also read: One lakh people and over Rs 150 Cr: how ImpactGuru is empowering people through crowdfunding

The business model the startup follows is fairly simple. It charges a commission of five percent from the campaigner. Another 3 percent goes to the payment gateway. The primary cost involves running the platform and the related tech spends, along with staff salaries. Other than the co-founders, the core team consists of two campaigners, two tech staffers, and one vendor who’s a video editor. Most of the staffers work remotely.

The company also offers a marketplace for campaigners to connect with vendors who can help strengthen their pitches through various social media initiatives. Our Democracy gets a commission from such transactions, which varies from case to case.

Bilal explains: “Just to give you an example, we have a vendor who offers data services to send your message across through WhatsApp. We have tied up with that person so that whoever wants to raise money from our platform can also avail these B2B services.”

In 2015, Zaidi quit his job as a journalist with a prominent news television channel to go to the US for a year on an exchange programme as a resident with Avaaz.org, a New York-headquartered global campaigns organisation.

Two things left an impact on him. First, just before leaving, he witnessed AAP successfully crowdfunding with a  “basic vanilla donate page that had a payment gateway attached”. He credits the political party as being the pioneers in political crowdfunding in India. And second, during his exchange programme, Bilal saw Democratic presidential candidate Bernie Sanders being able to mobilise millions of dollars through online crowdfunding. By the end of 2015, Sanders’ campaign was able to raise a whopping $73 million from 2,513,665 donations, according to reports.

In the US, the Democrats use a privately run, non-profit company called ActBlue for crowdfunding political campaigns. “I saw they were able to mobilise a lot of people for the Bernie Sanders campaign. There was a culture of making contributions and being a part of the democracy,” says Bilal.

After returning to India, he used his personal savings and borrowed some money from family and friends to launch Crowdnewsing in March 2017  - a platform for independent journalists to raise money to cover important issues. Having had a career in the news business, Bilal wanted to marry independent journalism with crowdfunding. Anand officially came on board in October, the same year.

But soon the duo realised there was a need to expand the scope of the platform, and started welcoming other campaigns. Until this January, Bilal and Anand were reliant upon Ketto, a third-party crowdfunding platform to raise money for the campaigns. The company is co-founded by Indian film actor Kunal Kapoor.

In January, the two launched their own crowdfunding platform and thus Crowdnewsing evolved into Our Democracy. “Earlier, we were doing 2-3 campaigns a month and a third-party platform was fine, but after the Jignesh (Mewani) campaign became big, we realised we had to cater to 10-15 campaign requests per month and for that, we needed our own platform,” says Bilal. The platform has run 110 campaigns so far.

The company is yet to break even but hopes to achieve this around the time Maharashtra goes to polls this October.

Our Democracy is now looking to raise funds and plans to start conversations with prospective investors soon. Bilal believes the political finance industry in India is already worth billions of dollars, but just not organised yet, creating a lot of scope for a platform like theirs to scale up.

How do they feel about others following suit? “Well, we’ll look at them as competition. But we have a headstart, that should hold us in good stead,” he remarks with a smile.

The founders plan to relaunch its original platform for independent journalism as a citizen solution platform where people can highlight and solve issues by first writing about it on the platform, followed by building a campaign around it, and finally if needed, raising money. “So, if the concerned authorities take notice after just the campaign and do the needful, that’s great. But in case that doesn’t happen, citizens can raise the money themselves needed to address the problems,” Bilal says.

The biggest challenge for now is raising funds. The other concern, Bilal says, is to keep the platform protected from attacks by hackers. During the Kanhaiya Kumar campaign, for instance, its server had come under attack and couldn’t function for three days.

And lastly, he says, the company is severely trolled on social media platforms in situations where certain people don’t like a particular candidate campaigning on the platform.

“We do have community standards and don't entertain campaigns that are against the spirit of India's constitution, but we are a politically neutral organisation hoping to make elections more accessible to people without money or muscle power,” points out the Co-founder.

Also read: How Crowdera doubles up as a crowdfunding platform and donor management agency for NGOs