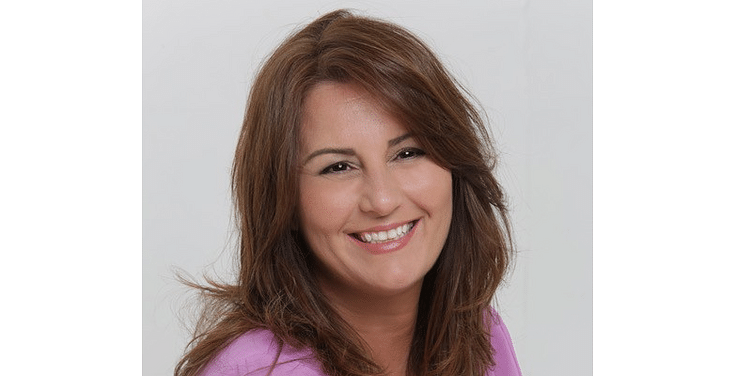 In a conversation with YourStory, Anat Bernstein-Reich opens up about the challenges faced by startups from Israel wanting to win over the Indian ecosystem.

India’s startup ecosystem is becoming increasingly global. Not only are more Indian startups expanding to other markets, but foreign startups are gravitating towards it as well.

Last year, a Nasscom-Zinnov report said that India is the third biggest startup hub in the world, ranking just after the US, and China. And it is not easy for foreign players to get a foothold here.

YourStory spoke to Anat Bernstein-Reich, Chairperson of Israel-India Chamber of Commerce, and Founder of A&G Partners (Acceleration and Growth), which helps startups from Israel to set up in India. Anat, who calls herself a half-Indian, also headed India operations for her startup 20 years ago.

Also read: After US and China, newer locations are playing host to startups

YourStory: Tell us about your journey so far and your interest in India.

Anat Bernstein Reich: My basic education is in law. However, after completing my MBA in Finance and International Business from the University of San Francisco, I realised that I do not want to be a typical lawyer, and business is more interesting. I actually wanted to be an investment banker but I didn’t have an employment visa. But it didn’t stop me from starting up. Through a mom in my kids’ kindergarten class, I met Anil Srivastava who then worked for Apple. Before coming to the US, he was the first CEO of Nasscom. Together, we started AcrossWorld Communications, where I was handling India’s operations. We built end-to-end managed networks, raised funds, and had a great company until October 2000 when the Silicon Valley bubble burst and we went down. Then, I moved back to Israel and decided to fully focus on the Indian market.

YS: What made you focus on India?

ABR: Running AcrossWorld’s India operations, I realised that I had a good understanding of the Indian market, and Israelis had no clue about it. In fact, when I spoke about India then, not many wanted to talk to me about taking their business to this third-world country. So, I started A&G Partners in 2002.

YS: Speaking of helping Israeli startups to leverage India's growing market, can you tell us what are the challenges faced by a foreign startup when they set up in India?

ABR: India is still challenging for foreigners. Startups short of cash and stamina cannot work in India without good mentorship and funding. When you ask a typical Israeli, when do you want something, he will say yesterday. This is the Israeli mentality. We are impatient and want things to move fast. It doesn’t work well with the Indian hierarchy and bureaucracy, which makes decision making slower. Israelis are very direct and Indians often get offended by this. There are other business culture differences that make India a challenging market.

People make assumptions based on what they know, and India challenges those assumptions. For instance, when an Israeli starts a business in India, they know that repatriating money will be difficult, but they assume transferring money will be simple. But, in reality, bringing money to India needs certain approvals, which can take a lot of time.

Another challenge is the employment visa. When an Israeli starts a business in India, they would want a trusted person on-ground, preferably one of their own. But the process of obtaining an employment visa is not easy, and Indian authorities will always challenge the application by claiming that the role can be managed by a local, who might not give the foreign investor his required comfort level.

There are other differences too, like negotiations. Israelis do not like to negotiate in business and prefer to reach an agreement quickly. They will often give the best offer quite early in the negotiation, and the Indian will not believe that this is the best offer. At this stage, there is a clash.

YS: How are you creating a space for Israeli startups in India?

ABR: The first lessons we give companies are humility and patience, and other cultural training. We also ask them to tweak and customise their products and technology. We have started to offer Indian corporates access to Israeli technologies through an acceleration programme that has three stages. Also, we work with the Indian company to identify their challenges or the area to which they want to bring innovations. Based on this, we identify Israeli companies or experts to work or solve those challenges.

The selected Israeli companies will undergo a short training about India, and we work with them on adaptation of the product to the Indian market’s unique requirements. The finalist gets access to the market via our Indian partner. Last year, we were commissioned by the Israeli Innovation Authority to manage the Israel-India Bridge to Innovation, a programme launched by Prime Minister Narendra Modi and Prime Minister Benjamin Netanyahu. We consulted 18 Israeli companies in water, health, and agriculture to adapt their product to the Indian market, and reach distribution and partners in India.

YS: Tell us about the A&G projects in India.

ABR: One of our first projects was a co-production of a Bollywood stage show. We raised funding from Sahara, which at that time wanted to reach the NRI community and promote their Ambi Valley village. The show, Bharati, The Wonder That is India, ran for 13 years, and was a great success in over 12 countries.

Later, we ventured into a township development in Mysuru, among other initiatives that bring Israelis solutions and technologies to the Indian market. Today, we are promoting Accelium, an Israeli edtech that improve cognitive abilities from schools kids to corporates in India. It was started in Israel 20 years ago by chess masters who wanted to train Israeli kids. Today, it is taught in over 30 countries and we want to expose India to those wonderful thinking tools.

We are also setting up a growth centre working with Indian brands such as ICICI Venture, Aditya Birla, Nasscom, Indian Angel Network, and Info Edge to bring them Israeli innovations.

We have helped more than 100 startups from Israel to expand in India across sectors like technology, agriculture, real estate, edtech, clean tech, deep tech, etc.

Also Read: Indian entrepreneurs can now virtually set up their startups in Estonia in just 80 minutes