I love my electric vehicle, but where do I charge it? This and other problems facing EV users in India 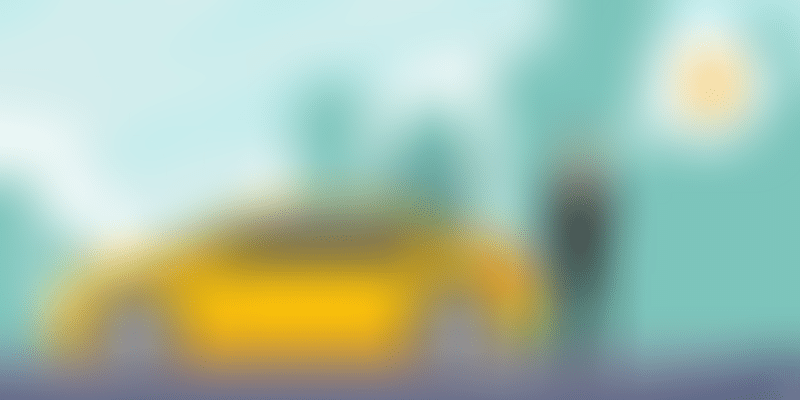 Electric vehicles are in the limelight now. There are more than a handful of startups getting ready to launch their EVs. The problem, however, is where can they be charged?

The electric vehicles' space – especially in the two-wheeler segment – is getting increasingly populated. Startups like GoGreenBov, Tork, Ultraviolette, and Strom are ready to showcase their vehicles (and have them available for sale) later this year. Early movers like Ather Energy are already present on our roads and expanding. Then there are new entrants like Revolt Intellicorp, which has announced big investments to speed up the release of their electric bikes. Alongside these, exist the likes of Yulu, Vogo, Bounce, and ONN Bikes, which operate in the space of electric mobility for last-mile solutions.

Worldwide, electric vehicles have two common charging options: charging stations and swappable batteries. A fixed charging system is made up of a permanent docking system that can be set up in malls, homes, and offices. The vehicle can also be fast-charged depending on the technology available.

Batteries today are increasingly lithium-ion, rather than lead acid, which fell out of favour because it drains faster after eight months of use.

But all is not well on the lithium-ion front either.

“Many of our electric vehicles running on lithium-ion (Li-Io) batteries will have to run in temperatures of over 40 degrees Celsius. Most Indian cities record higher temperatures in the summer, which means these batteries don’t function well. As for the charging infrastructure, there has to be a consistent standard of charging across the country and no one has figured out that part yet,” says Saurabh Markandeya, Co-founder of Adarin, an electric vehicle technology solutions company in Bengaluru.

Adarin makes everything from motors to electric drivetrains to batteries. He adds that today’s fast charging infrastructure would reduce battery life from five years to three years.

“Our company has built in India fast charging solutions that do not reduce the life of the batteries,” says Saurabh.

Meanwhile, there is a slew of announcements regarding the rolling out of infrastructure because the number of electric vehicles on our roads is only going to increase. Late last year, automotive heavyweight Mahindra & Mahindra announced a partnership with last-mile connectivity solutions provider SmartE to launch 100,000 electric three-wheelers by 2022. Delhi-NCR-based SmartE already has charging infrastructure for 800 vehicles and is due to expand this to accommodate the new vehicles.

Now, for M&M, their play is in launching releasing the Treo range of electric two-wheelers.

Tata AutoComp Systems, a subsidiary of the Tata Group, signed an MoU with Australia-based Tritium to bring 50kW DC fast chargers to the Indian market for all types of EVs. ABB, Sun Mobility, and Hero Future Energies are all in advanced stages of setting up their EV infrastructure.

The scheme proposes establishing charging infrastructure, including 2,700 charging stations to be set up along highways at intervals of about 25 km. According to the FAME policy document, there are close to 278,000 EVs on India’s roads, a majority of them being two-wheelers.

To achieve these goals, the following measures have been announced:

The guidelines also provide a list of minimum infrastructure requirements for a charging station for both light as well as heavy vehicles that may require charging infrastructure for long distance travel.

What entrepreneurs are doing

Today, Bengaluru has 32 charging stations built by Ather alone. “Ather is going to add more stations in Bengaluru this year and will expand to four cities soon,” says Co-founder Tarun Mehta. Ather Energy currently manufactures and sells electric scooters, and its charging infrastructure is available for users of other e-bikes and cars as well.

In Pune, Tork, another electric bike company, is readying for its commercial launch later this year. It too is building a bike that can go at 100 km per hour and offers a range of 100 kilometres on a single charge.

Today, charging infrastructure, a fixed one, could cost a businessman that is looking to venture into this business Rs 1 lakh to Rs 4 lakh for setup, the specifications for which are provided by the draft policy mentioned above.

Then there are swappable batteries that take the cost of the battery out of the ownership cost of a vehicle. The payment will only be for the battery used for a particular range. The complexity arises in estimating the demand for the number of vehicles that will require charging on a daily basis. But SUN Mobility, the Chetan Maini-led, Bengaluru-based startup, is setting up its own charging infrastructure and plans to set up 100 EV charging stations in the first phase of the company’s growth plans, this financial year. It will support both two-wheelers and three-wheelers but also has plans for cars and buses in the long run.

SUN Mobility has also announced a partnership with SmartE, an EV fleet operator. SUN Mobility’s swappable batteries for two- -and three-wheelers will be deployed at SmartE Park and Charge Hubs across the Delhi-NCR. Last year, they conducted trials in Gurugram and SUN Mobility today supports 500 electric three-wheelers in Phase 1.

The two companies have come together leveraging their expertise in product and solution to drive convenient, affordable, and zero-emission last-mile connectivity for the NCR region.

“The partnership underscores our commitment to make last-mile commute easy, safe, affordable and eco-friendly for everyone,” says Goldie Srivastava, Co-Founder and CEO, SmartE.

Also read: Bike rental startup ONN Bikes is now revving up for its next big ride

Similarly, GoGreenBov is readying to sell 10,000 electric scooters soon. Dhivik Ashok, Founder of GGBov, believes that for B2B industries, the electric vehicle should be close to fixed infrastructure.

“I believe that we will be setting up fixed charging infrastructure at offices and later at homes. It is far more efficient than setting up swapping batteries because of the cost benefits,” he adds.

The company also has a manufacturing plant in Kolar and can make 10,000 vehicles a year and increase this capacity as per growth in FY 2020.

India’s EV story has a large cast of characters, especially in charging infrastructure. It is an area where no subsidies are available. So, India has to figure out what works for its citizens and create an impact there. Just launching new types of electric vehicles in the market, whether for private, commercial or shared use, will not solve our problems.

Imagine driving an electric vehicle and the anxiety that creeps in when your battery begins to run out. And then imagine the joy of knowing a charging station is just up ahead. For electric vehicles to truly succeed, we need to ensure the latter scenario in real life.

Also read: From being written off to coming back with 16 patents in electric vehicles, here’s the story of GoGreenBOV