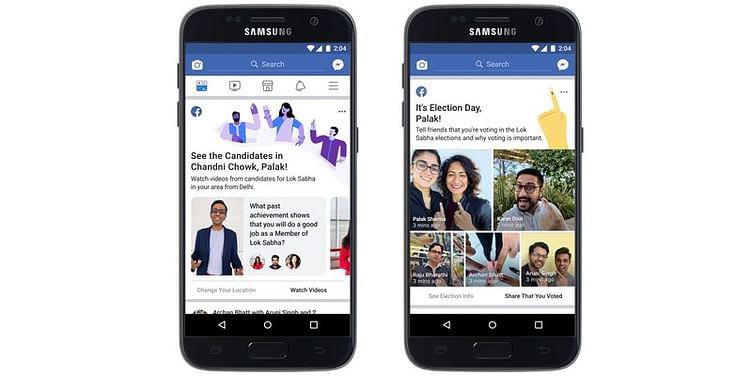 The feature is visible on top of the Facebook Newsfeed and provides users information ahead of polling dates in their respective constituencies.

Ahead of India's 17th Lok Sabha polls, which took off on April 11, Facebook announced a slew of measures to help the average Indian voter. One of the features announced will help users discover their local candidates better and know more about them.

Candidate Connect, as it is called, is now live on the Newsfeed.

The social networking company believes that this feature will help Indians "engage with candidates and elected officials in meaningful ways." It is designed to give voters accurate information based on their cities and localities.

Facebook has integrated the feature seamlessly on top of the Newsfeed. Users have to click on 'See Candidates' and select their respective states and polling areas (constituencies) to learn more.

If a candidate's details are not available, Facebook will provide that information on a date closer to the polling date of his/her constituency.

"For a year and a half we’ve been working to bring a comprehensive and strategic approach to our work on the Indian elections. We know we can always improve, but we also recognise our role and responsibility in doing what we can when it comes to these important issues."

Also Read: Facebook removing a million accounts in India every day to combat fake news ahead of elections

There is also a 'Share You Voted' feature that lets you share your candidate choices with friends after casting your vote. "The products have been customised based on what we’ve learned from local research, including the community’s desire to hear directly from their candidates," Mohan added.

Incidentally, Snapchat too rolled out a candidate information feature last week. It is directing users to resources and directives put out by the Election Commission of India.

Indian Snapchat users are receiving a message from ‘Team Snapchat’ that reminds them to check their online voter roll ahead of the polling date. Besides the reminders, it has also designed filters, stickers, bitmojis, lenses, and snap map integrations around the Indian elections.