New rules set by the TRAI lets customers choose channels either individually for a higher fee or as a network pack for a lower fee. But with newer technologies coming in, the paid industry is also set to see many new trends this year.

Towards the end of 2018, the Telecom Regulatory Authority of India (TRAI) had released a list of rules that TV channels and broadcasters had to implement by February 1, 2019. This could have been the start to the flurry of changes that could be expected from the direct-to-home (DTH) sector, owing to this enforcement.

With newer technologies such as VR, MR, AI, and so on coming in, along with the increasing levels of TV and internet penetration in India, the paid TV industry is bound to see changes this year.

As per the new TRAI rules, consumers have to pay a fixed monthly fee (Rs 130 for 100 channels) to their service providers, which is called the “Network Capacity Fee”. It is meant to be viewed as compensation for the distributors for their investments in network infrastructure. The 100 channels (Basic Service Tier) are composed of mandatory channels as well as other Free-to-Air (FTA) channels. Additionally, customers can choose individual channels for a higher fee or select it as part of a network pack for a lower fee.

Some of the trends that could be seen by the end of the year are:

With the new TRAI rules, customers will now have to pay for individual channels or network/bouquet channel packages to their broadcasters in an attempt to lower costs and create a more structured industry. Customers had to pick and choose their preferred channels and pay for them along with a base price to avoid unnecessary channels cluttering the network.

Over the top (OTT) platforms are also offering different pricing options depending on the quality of definition, the content available, premium original content, and the availability of the latest movies. It could be possible that in the future, we would be able to pay for the content we are interested in for a specified time limit.

By the end of 2019, TRAI plans to introduce inter-operable set top boxes (STB) that will allow customers to change their operators without the hassle of having to invest in a new STB. Though questions of the feasibility of this have risen due to the proprietary software of a particular company loaded into the STB, the agency is working with the government and external consultants to make this possible. Another challenge would be the management of DVR content, because encryption schemes are currently tied to particular STB vendors.

Cord-cutting is the process of eliminating Direct-to-Home (DTH) cable or satellite TV services and replacing them with online streaming services. With more people being on-the-go, anytime anywhere content cannot be achieved very conveniently through DTH connections. OTT platforms, however, offer the option for viewers to watch their content on their choice of device - be it phones, computers, tablets, or laptops, at any time. Some of the OTT apps also allow people to download content on the app and consume it at their convenience and have video continuity between devices.

Currently, there are over 250 million OTT users in India, and the market is valued at over $500 million. By 2023, the Indian OTT market is expected to reach $5 billion. Though the shift is not likely to happen in the near future due to limited internet penetration in India, and not having enough quality service on all available networks, it may be a possibility, especially with the arrival of 5G.

Another phenomenon that has been noticed is that production houses are now looking at creating their own streaming platforms as opposed to allowing third party OTT platforms to access them. With advancing technology, a plethora of opportunities will be available for OTT platforms to grow and forge new paths to enhance customers’ viewing experience.

The TRAI rules, though meant to be easy on the customers’ pockets and get rid of unwatched channels, is amounting to a more expensive ordeal, compared to the earlier scheme. This could arise due to the presence of the network capacity fee, plus tax that is increasing the final amount customers are required to pay for. By offering network packs, the problem of unwatched channels is being repeated.

While it is effective for channels catering to a similar profile, however, choosing channels from multiple profiles may result in a less cost-effective affair. There is also an option for consumers to replace basic service tier channels with the ones of their choice, but many people find the process cumbersome.

Recently, an OTT platform raised its pricing across the US and Latin America to invest in  entertainment and better user experience. While India managed to escape the price hike due to the stiff competition here, there is a possibility of the increase in pricing in the future.

The end of the previous year saw a boom in the interactive viewing segment and discussions on whether it would be the future of television watching. This avenue enables viewers to decide how a story will progress as per their preferences. Another method of interactive viewing is camera selection, wherein the viewer has the liberty to choose the angle or shoot from where a scene was shot, through 360-degree viewing.

While these are still in the nascent stage and relatively untapped, with the growth of AI and VR, it may soon turn into a mainstream type of viewing option for a more immersive experience.

OTT platforms may soon allow viewers to access other television channels, apart from the content that is already available, from their own streaming services. For an extra cost, OTT platforms will let their customers watch regular television channels, further increasing the cord-cutting phenomenon. Customers will not be required to buy bundles and can opt for individual channels to pay for.

2019 will be the year that determines the fate of paid platforms with the steady expansion of internet penetration and the effect of the newly imposed government regulations.

Despite the booming OTT space, the paid TV industry is bound to still stick around for a while, leading to a harmonious combination of the two in the entertainment space. 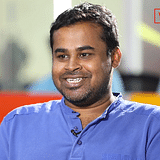 Coronavirus: How Ninjacart is ensuring a steady supply of vegetables and fruits even during lockdown