These technologies are leading innovation at Flipkart 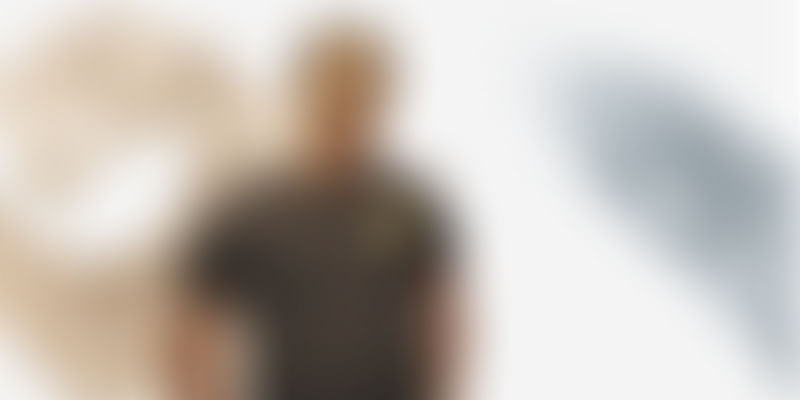 Technology is the backbone of Flipkart’s dominance in the ecommerce market with AI, ML, IoT, data science, and robotics making for a holistic shopping experience.

Technology has been the key differentiator in Flipkart’s journey over the last 12 years and this will continue do so as India’s largest ecommerce company leverages technologies such as artificial intelligence (AI), machine learning (ML), data science, internet of things (IoT), and robotics to keep itself ahead in the game.

In its quest for excellence in technology, Flipkart has been engaging with the ecosystem to create a collaborative environment. Along this path, there have been many technologists associated with it.

These new technology frontiers were showcased recently at Slash/n, the flagship technology event of the company. It is a platform that brings together tech community from across the country for a series of interactive, engaging, and in-depth sessions on all things tech and ecommerce.

Take the case of Utkarsh B, principal architect at Flipkart and tech advisor to CEO Kalyan Krishnamurthy. This IIT Kanpur alumni has been with the company for nine years since joining them in December 2010 as a senior technical lead.

Also read: Meet the people who built Flipkart (and no we don't mean the Bansals)

Utkarsh, who delivered the opening address at Slash/n, highlighted the criticality of supply chain in the entire operations of Flipkart. “Supply chain is the fundamental bread and butter for us where we integrate both the physical and digital world,” he says.

Given the technology-led mindset at Flipkart, it has created a supply chain platform that delivers on the goals of predictability, scale and business agility. The ecommerce giant handles millions of shipments everyday while dealing with unpredictable factors but its supply chain infrastructure has evolved over the years to create a seamless online shopping experience.

This was well articulated by the principal architect. Utkarsh’s day-to-day functions include bringing all arms of Flipkart together. He says,

“I do not have a good sense of business. Making things move coherently is my specialisation. It is all about building an anchor statement for the team to rally behind.”

Similarly, there have been other areas where the company has been devoting considerable time and resources. For example, data science is playing a critical role on elevating the user experience on the Flipkart site as well as on the whole aspect of merchandising.

“We are always looking to optimise technology to deliver our business services. Here, data science plays a critical role, which helps in reducing costs and improving efficiencies.”

Data science is playing a critical role in onboarding of new users on Flipkart, who may not reside in metros but come from Tier II and III towns. Here, data science is solving issues of language or other nuances.

According to Flipkart, it has removed the need for space expansion, and enabled the existing manpower to be allocated to tasks of higher value addition.

Pranav Saxena, VP – Products and Head of Robotics and Automation, says the reliability of the supply chain system has increased through the use of the robotic system while also providing them with flexibility.

The supply chain platform has enabled it to provide multiple services to the end customers. “All this is being orchestrated through technology and our decisions are based on data,” says Pranav.

This technology journey of Flipkart has also witnessed the growth of its executives. Utkarsh was made the Principal Architect within a couple of years of joining Flipkart. He has seen the company grow – through flash sales, fund raises, technological evolutions, and leading the path for ecommerce growth in India.

Also read: Angel investors from Flipkart are breeding the next wave of startups

In 2010, Flipkart was hardly a Rs 100 crore revenue company. It had just been discovered by Tiger Global, and was expanding to other categories outside books - its initial offering. Global player Amazon did not enter India for another three years.

But Utkarsh becoming Kalyan Krishnamurthy’s official tech advisor was a good decision for both Flipsters. “Although such a role is common in the US, it is more or less unheard of in India. Kalyan suggested we both write a note (individually) on what the role will mean and how to work it. We both took two weeks to write that note and liked the idea we finally arrived at,” Utkarsh recounts.

For Flipkart, technology platforms are constantly evolving to make it better for users, sellers, advertising, cataloguing. All these are built to scale. When Mayur joined Flipkart, the data science team had just 10 people, but now this group of people have expanded and this technology is being applied across every function of the company.

“I come to office at 8.30 am and leave at 4.30 pm. In those eight hours, I am completely here. We don’t have a very strict hierarchical structure in Flipkart. We have a no-cabin office. I blend with the younger employees easily.”

On his mission at Flipkart, he says, “I am keener on demystifying problems with tech, rather than being an entrepreneur. Also, I had started up in my initial years after college and it did not succeed.”

Watch his video below for Utkarsh’s insights on Flipkart.

Also read: Flipkart mafia gave us not just Udaan and Curefit, but successfully bootstrapped startups too