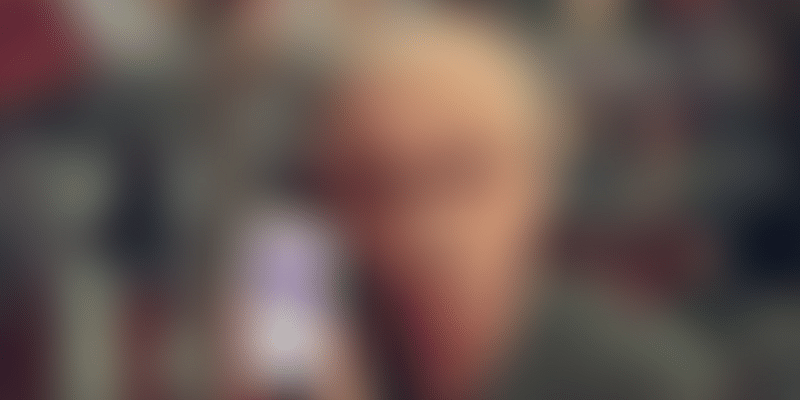 The IPL’s viability as a marketing platform continues even in its 12th year, with consumer brands falling over each other to associate with the league. Many small and big startups are also seeing value in the world's richest cricket league.

The Indian Premier League (IPL) has always been a prime attraction for marketers and advertisers because of its enormous visibility and popularity across demographics. Sample this: in 2018, 603 million viewers watched the IPL on the Star TV network. Add to that the 202 million viewers who streamed the league on Hotstar, which owns the IPL’s digital rights. Hotstar even set a global record in sports streaming with peak concurrent viewership of 10.7 million.

The OTT platform is targeting a viewership of 300 million from IPL 2019. And it is already on track. According to Inside Sport, 219 million viewers streamed the league on Hotstar within the first three days itself. Media buyers estimate that Hotstar will rake in revenues of Rs 400 crore this season. Along with broadcast revenues, Star India’s total earnings from IPL 2019 could be north of Rs 2,500 crore. In 2018, it had made about Rs 2,000 crore.

IPL, which is in its 12th year, is the world’s richest cricket league and is valued at $6.3 billion, according to Duff & Phelps. Surely, brands are aware of this. Despite Hotstar upping ad rates by a whopping 60-70 percent this year, marketers haven’t shied away from associating with the IPL. The IPL brand associations occur at multiple levels: league’s central sponsorship, individual team sponsorships, in-stadia branding, satellite and digital ads.

Like every year, big and small companies have rushed to associate themselves with the 50-day league. These include popular startups and consumer internet services too.

YourStory drew up a list of some top partnerships.

The Tencent-backed fantasy sports platform has signed a four-year sponsorship deal with the IPL, beginning 2019. Dream11, which allows fans to create their own fantasy cricket teams and earn real cash, believes this association will help it “achieve the goal of growing from 51 million users to 100 million users in 2019”. Besides being one of the nine major sponsors this season, it also powers the ‘Official Fantasy Game’ of IPL 2019. There are multiple brand integrations and in-stadia activations as well, including boards at boundaries. Dream11’s IPL association coincides with the rise of esport in India.

The Flipkart-owned payments service is an official co-presenting sponsor of IPL 2019. Less than a week before the league commenced, PhonePe raised Rs 743.5 crore in fresh funding from Walmart. It also roped in Bollywood megastar Aamir Khan as brand ambassador to raise awareness about digital payments in India. PhonePe is reportedly utilising the funds for promotional campaigns around the IPL.

“Cricket is the most popular sport in the country, and IPL is the biggest sporting event of the year. Thus, we feel it is a great platform for us to launch our new brand campaign with Aamir and create awareness about the PhonePe platform,” the company said in a statement.

Swiggy looks to tap into 300 million fans, about 50 percent more than last year, this IPL, by being available within Hotstar. Swiggy POP, Swiggy’s curated single-serve meals from top restaurants across your neighbourhood, has been integrated in the ‘Watch N’Play’ section of the Hotstar app. The foodtech unicorn calls this an “unparalleled convenience” for consumers that will allow them to order food without having to take their eyes off a single ball. Swiggy says its food ordering analysis from IPL 2018 indicated a 25 percent increase in order numbers during the season, with the highest number of orders received on the day of the finale. Swiggy is also one of the 11 co-presenting sponsors of IPL 2019.

Amazon has consistently pushed the adoption of its mobile wallet service in India with regular fund infusions throughout 2018. This year, Amazon Pay is one of the seven digital sponsors of IPL 2019, and is running pre-roll and mid-roll ads on Hotstar. Not only this, viewers taking part in Hotstar’s ‘Watch N’Play’ game (that involves predicting scores, match outcomes, etc.) can redeem their points via Amazon Pay. Along with this, buyers of IPL tickets on BookMyShow also get cashbacks debited into Amazon Pay Balance accounts.

MakeMyTrip has had a longstanding association with the IPL. In 2018, the travel portal termed the T20 league “the most powerful” advertising platform on television right now. MakeMyTrip is one of the 11 co-presenting sponsors of IPL 2019, and is believed to have earmarked Rs 100-crore plus for ad spends during the league. Besides a series of TVCs, including MMT's new campaign promoting business hotels, Hotstar viewers who take part in WatchN’Play get a chance to win points and redeem them during transactions on the travel platform.

Sequoia-funded Mobile Premier League (MPL) might be an upstart in the startup world, but it has picked up significant buzz in the wake of IPL. In about seven months, the app-based mobile gaming startup (currently India’s fastest growing eSports platform) has racked up 10+ million users. Just weeks ahead of IPL 2019, MPL roped in Team India captain Virat Kohli as brand ambassador. The platform, which allows fans to compete in multi-sport tournaments and win real rewards, wants to make mobile eSports more accessible to millions of Indians. It is currently the #1 app in the ‘Casual’ category of Google Play Store India.