[Startup Bharat] There is innovation here too, say startups that have found a new home in Bihar 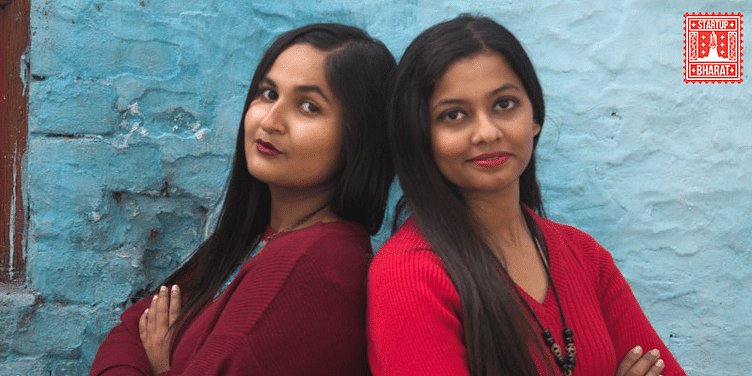 With the state government coming up with favourable policies and grants, Bihar is peppered with tech startups that are offering solutions to real problems.

With Bihar Startup Policy being launched in 2016, the state not only took a giant leap forward but also joined the list of Indian states to have launched a startup policy and fund for entrepreneurs. The Bihar government has also announced a Rs 500 crore fund for startups.

Aligned with the Prime Minister's ‘Make in India’ campaign, it is encouraging entrepreneurs to ‘Make in Bihar’ and push the mantle for an ‘Enterprising Bihar’.

Under its startup policy, the state has set up several incubation hubs to provide shared workspaces and access to funding. Women-led enterprises also get an additional five percent grant under the policy.

The policy is seen as a great boost for entrepreneurship in Bihar, and from catering services to digital marketing, several startups have now started mushrooming across the state. YourStory lists some of the startups that impressed us.

Seema Suresh, Manish Chandra, and his wife Suman Priya decided to start RailRestro in 2015 because of their own personal experiences.

Patna-based RailRestro is an e-catering company targeted at train travellers. The company works on a marketplace-like business model, with a wide network of vendor tie-ups with restaurants across India. People travelling by train across India can order food via the RailRestro website, the app, or on call. Travellers need to enter their PNR details or train number information on the website/app.

The platform then fetches the details of the passenger in terms of NAP (Network Access Protection), stations falling enroute, and the restaurants at which they can place their food orders while travelling. The minimum lead time to process the order is around 60 minutes. Passengers can choose to pay either through a secure payment gateway or through a cash-on-delivery option.

RailRestro gained traction when it partnered with IRCTC, and started processing 600 orders a day nine months after commencing operations. The orders processed at the IRCTC e-catering portal are routed to RailRestro and other e-catering aggregators, and are processed on a PPP model.

Today, it claims to have a presence across 400 stations in the country.

Shazia Qaiser (35) started Revival Shoe Laundry in 2014 as a one-stop solution for all shoes and leather goods issues.

The bootstrapped platform provides repairs, cleaning, and refurbishing of not just shoes, but other leather items such as jackets and bags. It also claims to provide customised shoes on demand.

Shazia, who previously worked for the WHO, and Unicef, has two outlets of Revival Shoe Laundry in Patna, and plans to open a few more this year. She also operates an online platform. She started with her savings and initially invested Rs 1 lakh.

Speaking of her challenges, she told YourStory earlier “Of the 50 people who approach me only three are keen to work since working with shoes doesn’t match people’s idea of ‘job status’.”

She has been training women with little or no education to work in her workshops. She tries to employ as many women as possible.

“This will also help in generating employment so talent from a state does not have to migrate to bigger cities for career opportunities,” she told YourStory earlier.

Hence, Himani, along with Shashidhar Rajan, started Brand Radiator, a brand solutions company and a digital marketing platform. The founders believe there is a need for a good digital marketing company in Tier II and III cities where there is a lack of understanding on the importance of the sector. “That’s why the desired benefits and impact on business/people are not visible,” Himani says.

It is a 31-member team and in the future wants to educate the masses and local businesses about the power of digital marketing, and generate more employment in Bihar. It plans to launch digital marketing training courses soon.

Based in Patna, helps small farmers connect with a network of micro-entrepreneurs – suppliers of various farm input and equipment – who procure various inputs such as seeds, fertilisers, and even equipment, as well as offer crop advisory and market linkages.

The online platform has over 520 different agricultural inputs listed, and has partnered with the likes of UPL Ltd, IDBI Bank, IFFCO, DuPont, Pepsico, Bayer Ag, and Yara International. There are also more than 100 institutional buyers associated with DeHaat to facilitate procurement of agricultural produce directly from farmers.

At present, it focusses on three major services – agricultural input, crop advisory, and market linkage for farm produce. Farmers can place orders through the DeHaat helpline, the mobile app, or a physical centre. Orders are then sent forward to its micro-entrepreneurs, and are fulfilled on the same day. Each DeHaat micro-entrepreneur caters to 600-800 farmers in a radius of 3-5 km.

The startup also takes in queries from farmers and sends them to experts who address them in real-time. It also houses an exhaustive crop-pest database, which has been developed in-house for current crops.

Today, DeHaat has over 150 micro-entrepreneurs who serve more than 55,000 farmers in Bihar, Uttar Pradesh, and Odisha. In March 2019, it raised pre-Series A funding of $4 million led by Omnivore, and AgFunder.

Started by two 25-year-olds, Yashi Malviya and Sukirti Roy, Bihar Bytes is a platform that showcases and promotes the rich culture and heritage of Bihar. The duo started the platform in 2016 with an idea to reinvent the way people explore Bihar.

A survey helped them to understand the challenges tourists faced. They realised that most tourists knew only about well-known places like Rajgir, and Bodh Gaya. The negative portrayal of the state was one reason for them to start Bihar Bytes.

To make Bihar more accessible and friendly, the founders have been educating local people and spreading awareness. They also travel a lot to hard sell Bihar to others.

The duo has covered over 40 locations including different locations in Bihar, and claims to have travelled extensively across the country to hone Bihar Bytes’ offering.