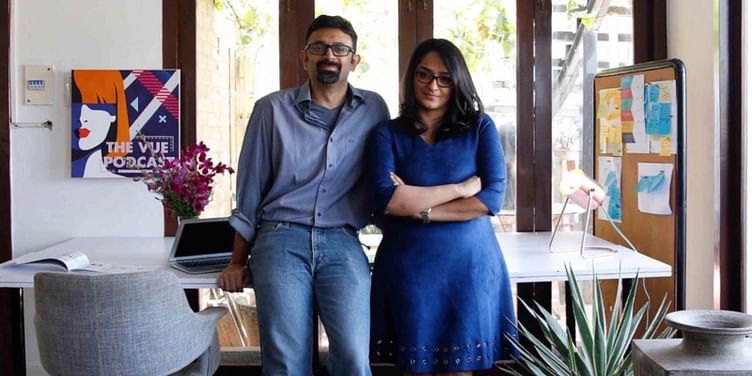 Vue.ai has raised $17.7 million Series B funding led by Falcon Edge Capital, with participation from Sequoia Capital India and Global Brain. With this funding, the team intends to put its end-to-end retail automation platform into the hands of global retail giants.

Vue.AI, MadStreetDen's retail automation platform has raised Series B funding of $17 million. The round was led by Falcon Edge Capital and saw participation from existing investor Sequoia Capital and Global Brain, a GP of KDDI Innovation Fund.

The startup had earlier raised Series A funding in 2016. With this fund raise, the total capital raised by Vue.AI stands at $27.5 million. The capital will be primarily used to grow the team, focus on the product roadmap and scale the customer's existing customer base. Vue.ai is already being used by leading retailers like Tata, Mercadolibre, and Macy's.

Ashwini Asokan and Anand Chandrasekaran had first launched Vue.ai as an AI brand from Mad Street Den in 2016. Founded in 2013, the company was first based out of Chennai, but now has a physical presence across the US, Europe, and India with employees who are a mix of neuroscientists, data scientists, computer vision experts, marketers, and designers. The company serves major retailers across the US, UK, India, Middle East, and Latin America.

"The idea is to be deeply integrated with the retail players' systems. The platform today leverages image recognition and data science to extract retail data, analyse it along with user behaviour and in turn help retailers make better decisions," says Ashwini.

"The Vue.ai team is on a mission to put AI and intelligent automation in the hands of teams across the globe in ways that improve productivity and growth multi-fold. We've seen incredible growth in how they have brought this value across multiple functions in the retail industry in just two years since we started this journey with them.”

Ashwini says when they first started Mad Street Den in 2013, for the first three years, the team focussed on the product and worked on different verticals to largely understand what would be the best fit for computer vision. She says when they launched Vue.ai in 2016, they began with small steps. Today it is a full-stack that is deeply integrated into the retail business to help automate systems and create real value.

“The future of retail is entertainment. The experience economy we see today is the start of that era. Brands are shifting to designing worlds that consumers want to be a part of and that has to integrate with the new ways people shop. Vue is the electricity that powers all these complicated and important retail functions so retailers can focus on the business of entertaining you," says Ashwini.

Anand describes Vue.ai as a ‘neural network’ for decision-making. He says, using a centralised data brain, the platform digitally maps a retail product’s DNA, then translates product information into language that teams can easily understand.

"With better accuracy and insights, retailers can easily decode the qualities of their merchandise, make intelligent updates on the fly, and deliver unique experiences along every step of the customer journey," he adds.

"In retail, MSD and Vue.ai has broken all norms and is treading a path uncharted challenging retail challenges and solving through pure deep tech. Ashwini and Anand are challenging the stagnation of retail, and the monotonous nature of ecommerce and bringing in a neural platform as a service and enhancing every brand experience with hard delivery excellence," he says.

Also read: Will the real AI startups please stand up?