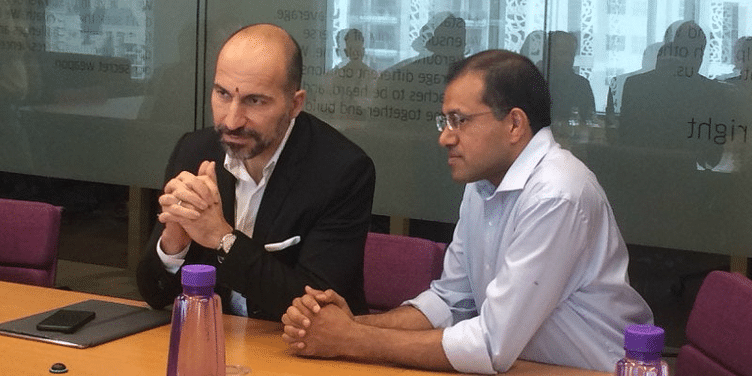 Amit Jain was the head of Uber's India operations, before becoming its Asia- Pacific Head.

Ride-hailing unicorn Uber announced through a blog post on Wednesday, that Amit Jain, who headed its Asia Pacific business, has decided to quit.

Pierre-Dimitri Gore-Coty will now take his place and will head its Asia Pacific arm. Pierre already leads the ride teams across Europe, Middle East, and the Asia Pacific region.

"I look forward to seeing Pierre work with our talented APAC teams to unlock opportunity markets such as Japan and South Korea, and continue our strong momentum in markets such as India and Australia."

Harford added, "After four great years, Amit Jain will be leaving Uber at the end of May to spend time with his family before taking the next step in career. Amit has been instrumental in growing our rides business - first in India from launch to category leadership, and more recently across the Asia Pacific region."

He also said that under Pierre's leadership, Uber will continue to invest in people, products and partnerships and that the company is "deeply committed to Asia Pacific region."

The San-Francisco based cab-aggregator announced last week that it will be raising $1 billion funding for its Advanced Technology Group (ATG), led by Toyota Motor Corp, Denso Corp, and Softbank Vision Fund. The transaction is expected to close in Q3 of calendar year 2019.

Harvard Business Review calls Uber one of the most valued unicorns in the history of business today. Last month, Uber acquired its Dubai-based rival Careem. Several media reports stated that the company sealed this through a combined cash and convertible deal worth $3.1 billion.

Also read: We are building products in India that are deployed worldwide, says Uber's Manik Gupta