Apple TV app will be supported by devices running iOS 12.3 and tvOS 12.3 and above. MacOS will enable the app starting autumn 2019.

Apple has finally started rolling out its revamped TV app, 45 days after it made the announcement at its Cupertino HQ. The all-new Apple TV app reaches 100 countries, including India, and can be accessed on Apple's own devices as well as on Samsung smart TVs.

The company had earlier stated that besides Samsung, it has partnered with a bunch of device-makers, including LG, Sony, Vizio, Roku, and Amazon Fire TV Stick.

With the new Apple TV app, viewers can subscribe to channels on-demand and pay on a per-channel basis. They can access a wide selection of over a 100,000 movies, shows, and live TV, browse, buy or rent content as well as share subscriptions with up to six family members. Like on most streaming apps, Apple TV users can also sync their viewing activity across devices.

The app also features "editorially handpicked" shows and movies for kids of all ages, and a dedicated sports section that will make it easy for users to discover games and receive notifications about their favourite teams and leagues.

In the US, Apple TV channels will include HBO, Starz, SHOWTIME, Smithsonian Channel, EPIX, Tastemade, and new services like MTV Hits, with more to be added over time around the world. Apple TV+, the company's new original video subscription service, will be available later this year.

Announcing its rollout, Apple stated on its official blog,

"Subscribers can watch and download shows and movies both online and offline, making the Apple TV app the first and only place where HBO subscribers can download movies and shows such as Game of Thrones for offline viewing."

The new app will be supported by devices running iOS 12.3 and tvOS 12.3 and above. MacOS will enable the app starting autumn 2019.

While Apple TV is being dubbed as a "Netflix challenger", the latter is happy to have "great competitors" around. Days prior to Apple's announcement, Netflix CEO Reed Hastings told the media,

"We prefer to let our customers watch our content on our service. We have chosen not to integrate with their service.”

So, while you have GoT on your Apple TV, you'll have to let go of Stranger Things. 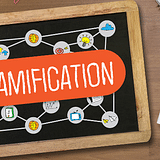 How gamification can transform the learning dynamic in India 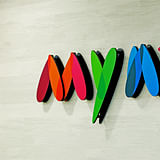