The story of the Gurugram startup that busted IT firm CEO for furnishing fake IIT, IIM degrees 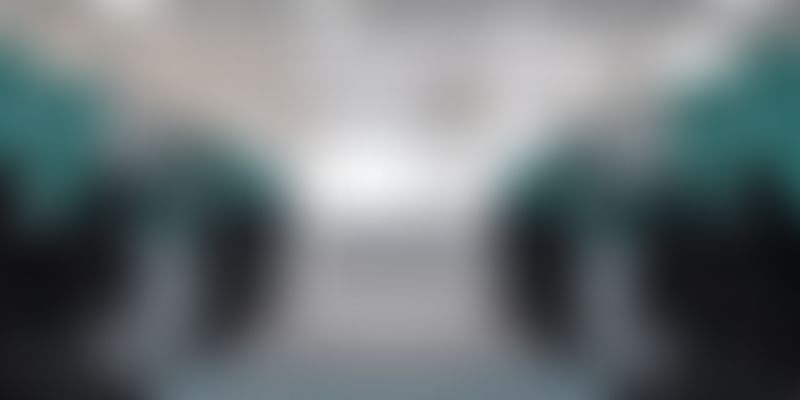 This incident may seem right out of a Bollywood thriller but it actually happened. A woman took on her elder sister’s identity to join a job that her sibling was selected for. Except the elder sister was dead. It was when the employer ran a background check that the truth was revealed.

Cases like this and many more are all in a day’s job for Gurugram-based AuthBridge, which offers services such as instant identity verification, employment background screening, customer screening, and partner due diligence. The company, which works with several Fortune 500 employers across the country, foiled the identity theft attempt.

AuthBridge CEO and Founder Ajay Trehan details how the incident unfolded. “After the employer reached out to us for a background screening, we went to the candidate’s previous employer. They asked us why we were screening her, as she is dead. We sent the employee’s photo and they said this is not the girl. They also sent us the hospital’s medical report of her death.”

After this, the Gurugram startup confronted the employee, who admitted to assuming her sister’s identity to join the company. The deceased, who had five years of work experience, had applied for the BPO job before her death.

Ajay, an IIT-Delhi alumnus, recounts another interesting case where the CEO of a mid-sized IT company with 18 years of work experience was found to have furnished fake IIT and IIM degrees.

“After a month of the CEO taking charge, there were murmurs within the company. The employees were of the opinion that the guy’s skills were not in line with an IIT-IIM graduate’s. That is when we came into the picture,” Ajay says.

Both the IIT and IIM degrees furnished were quite old, dating to 1985 and 1987, respectively. While IIM-Ahmedabad was quick to react and came back the very next day after the query was sent to them, IIT-BHU (Banaras Hindu University) took 60 days to confirm that the fraudulent CEO was never a part of the institute.

According to AuthBridge, around 10 percent of the cases they take up every month have discrepancies. However, some discrepancies can be easily resolved. One such case had to do with hiring for an international board. The candidate had a $40 traffic violation in the US, which was still open after several years.

“Being part of an international board means that you may come under the scrutiny of global regulators. And if something like this were to come out, even though it is not a big offence, it would bring embarrassment to the board and the individual. We asked the candidate to settle the fine, after which the offer was rolled out,” Ajay says.

Other times, the upshot’s not so simple. A male teacher who had been teaching in a Dehradun school for several years was revealed to have been part of the CBI’s most wanted list. The shocking revelation was made when the school decided to run a routine check of its staff through the Gurugram company.

That’s why AuthBridge now runs checks for recruitments and existing staff across the board - starting from drivers to company board members.

How to protect your startup from business identity theft

AuthBridge was founded in 2005 with the premise of creating a platform for employee background screening services. Prior to starting AuthBridge, Ajay ran a BPO company offering services to the US and the UK.

“I would ask my HR whether we had background checks on employees and there would be nothing,” Ajay remembers. During his trips to the US, Ajay came across background screening companies. He realised there was a massive opportunity back home to tap into the sector and formed a small team of three-four people to experiment with the format in August 2005.

“No one was doing it in India then. And this was not detective work. This was a research-based KPO opportunity. I spoke to HR people and everyone said they were looking for a service like this. I realised the huge opportunity that lay unexplored,” Ajay says.

It took the company around four months to figure out how to go about their work, the founder admits candidly.  “However, we broadly knew what we wanted to do. To authenticate educational and employment background,” he says.

In 2006, AuthBridge got its first contract. From a skeletal team, the company now has over a 1,000 employees, having served 1,400 clients.

Around the time the team size reached 30, the company realised that unless they “brought in tech and thought of doing business in a radically different way” they could not scale up. And so in 2007-08, it turned to automation.

“As the client base was growing we were ending up calling or getting in touch with the same universities and organisations. We realised it was time to automate,” Ajay says. AuthBridge started creating a year-by-year database of graduating classes and employment records for quick cross-checks. Their database currently has 300 million records that it has aggregated over the years.

Since the company holds a lot of private information, the automation engines also made sure that the data was available only on a need-to-know basis. It ensured strict control on the viewing and dissemination of data.

The company currently screens 15,000-20,000 candidates on a daily basis. The three broad buckets it looks into while assessing a candidate are identity, profile, and reputation. As part of the identity check, it looks at all identities of a candidate, including PAN, driving licence, passport, etc. The company uses government licensed APIs (application programming interface) to verify these. The profile check includes verifying education and employment history through AuthBridge’s proprietary software.

To check the reputation of the candidate, the company uses aggregated data from digitised court and litigation records. “In 2012 we started using web spiders that would crawl and aggregate the data,” Ajay adds. For reputation assessment the company also engages with former employers and colleagues on a case-to-case basis.

Competition in the Indian market exists in the form of companies such as US-headquartered First Advantage and KPMG’s background screening and verification services.

However, AuthBridge claims to be the market leader with an annual revenue run rate of Rs 100 crore. The company has been profitable from the first year itself, Ajay says.

Last year, in September, AuthBridge acquired Bengaluru-based Footprints Collateral Services, marking the biggest deal in the background screening industry, as per the company. However, it is reticent about the deal size. The acquisition was part of a long-term growth strategy of investing in service, scale, and technology. The company expects the acquisition to help capture 40 percent market share by March 2020. At present, the company claims to have more than 30 percent market share with an annual growth rate of 40-50 percent.

Ajay says: “There are more acquisitions in the pipeline to further complement our capability.”

AuthBridge also does vendor and distributor due diligence for large FMCG companies, and reputation data analysis of entrepreneurs and companies for private equity funds. “With the data bank we have, we can aggregate this information quite quickly,” Ajay says.

The company also caters to banks and financial institutions by providing data solutions. “These organisations require data for customer-related decisions such as loan approvals. They need to decide who to loan to and how much,” Ajay explains. For first-time customers, lenders tend to look at surrogate data such as education and employment history. Authbridge provides ‘plug-and-play’ services to these institutions, allowing them to use the company’s large database.

AuthBridge has recently also started conducting drug tests for companies on their employees. Random spot tests are conducted and the most common drugs found have been marijuana and opiate, Ajay says.

In the early days, background screening in India was driven mostly by BPO companies, Ajay says. Their clients - typically from the US and the UK - wanted employee background checks done. It has now become a “mandatory hygiene thing” for many sectors, he says.

“Currently, white collar staff are background checked by 20 percent of the companies, so there is a major scope to grow there,” he says.

With the rise of the shared economy and temporary staffing, there has been an increasing need to verify ‘partners’ such as delivery personnel and cab drivers. The penetration in blue collar verification is at a miniscule 1 per cent and the company clearly sees massive opportunity to build on that.

The served market for background verification stands at around Rs 500 crore with a potential to reach Rs 15,000-20,000 crore, Ajay says.

The company has not yet raised any institutional funding and has so far been funded by Ajay and “some angel investment”. However, in the next 12 months, as it looks to scale, especially on the tech front, the company is looking to raise funds. “AuthBridge has already hired an investment banker for the process,” Ajay says.