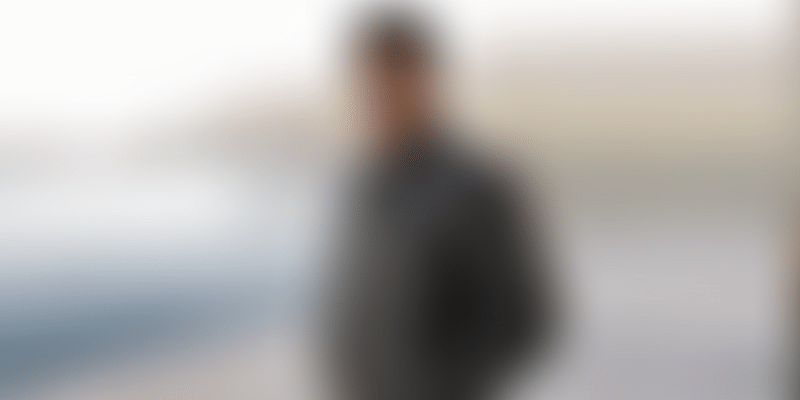 We want our scientists innovating and not worrying about mundane details like procuring materials for their research. This is why Delhi-based tech startup Labify is focused on the scientific community to help it to easily purchase research materials online through its tech platform.

A scientist deeply engaged in their laboratory should not interrupted by concerns about where or how to purchase materials and equipment required for their research. At the same time, the need to be meticulous while sourcing the materials cannot be stressed enough, as most times their quality may impact the outcome of the study.

To remove these hardships and help smooth the process of purchasing materials for the scientific community, Kumar Saurabh started Labify in November, 2018. The Delhi-based startup brings scientists and vendors selling scientific equipment onto a single online platform.

It was chance encounter with the scientific community that ignited Kumar's interest in this field. A computer science graduate from Birla Institute of Technology, Mesra, in Ranchi, Kumar was running an IT services company. He was invited to an international conference on plant physiology where the committee asked him to provide technical support. Interacting with them, he gained interested in working in the community. He also got in touch with various eminent people who are currently his advisors and partners in the venture.

Deep Science for deep impact: a YourStory overview of path-breaking innovations from India

While interacting with scientists, Kumar realised they were devoting a large amount of time to purchasing of materials, which is actually not core to what they were doing.

“During our interactions, we realised that it was a very hectic process, and in some cases scientists do not know how much money they have been allocated,” says Kumar.

The government-controlled research institutions get allocation as part the budgetary process, which is then sub-divided across various laboratories where the scientists are working. The research grants usually run into thousands of crores annually.

It is then Kumar realised that a solution to their problem could be delivered through technology.

Although Labify was set up in November 2018, where the bootstrapped venture set about building a web-based application to help both scientists and vendors or suppliers come onto the same platform, the actual transaction process actually started in March this year.

Though the scientific community looks like a niche segment, the government has allocated $8.4 billion for research in the last financial year, and if one adds it up to grants by private institutions, the number goes up to $12 billion.

Scientists can register on the Labify platform for free and place their requirement requests. Labify also has an option for the vendors to provide their quotations and the transaction gets over within a few hours, instead of days, if done manually.

Labify has other decision makers on its platform like the accounts department of the research institutes, which makes the entire process of purchase and supply very smooth.

Kumar says, “In the early system of procurement, there was a lot of paperwork involved, which lengthened the entire process of purchase and affected the scientists in terms of their output papers or research activity.”

But today, one is a part of the system where the entire transaction is transparent, hassle-free, and there is an informed decision made by the scientists or laboratories as there is data available.

Kumar says once the scientist or a laboratory creates a request on the platform they always call them to verify. Besides, they have also asked the laboratories to add their regular vendors on the platform so there is a guarantee that these are pre-approved groups.

The requests coming on Labify are generally from what one could call them as wet labs, which fall in the life sciences category, where the requirement is generally in the form of chemicals, animal samples, etc.

Today, Labify has around 22 laboratories on its platform, including institutes such as Jawaharlal Nehru University (JNU), and it is also doing a pilot project with the National Institute of Plant Genome Research (NIPGR), to bring them on board.

According to Kumar, there is no such platform available as Labify available for the scientific community anywhere in the country at present.

The scientific materials procurement tech startup has currently got two modules: one is where the laboratories or the scientists directly place their order on the platform, and the whole transaction gets done. Here, the scientists have the autonomy to independently procure their materials. The other model is being engaged with the central procurement authority as purchases in certain research bodies like NIPGR have to go through this body.

[Startup Bharat] Away from the metros, a new breed of deep-tech startups is solving ‘real India...

After Labify started its actual operations in March this year, around Rs 3.5 crore worth purchase requests have made on the platform. Kumar says, while their services is free for the scientific community, they have a commission and subscription model for the vendors.

Labify is a 10-member team, which includes six people working on a full-time basis. Kumar’s wife is also part of the founding team.

When asked about their plans to relocate, he says:

“Definitely, but not in the six months or so. Our idea is to make ourselves big enough in Delhi as most of the funding agencies are located here.”

“As part of our future plans, we want to change the way the whole process of research procurement system is operated right now. There is a lot of wastage in time and effort. We want to create a warehouse kind of system that can consolidate the entire supply chain and keep the products ready,” he adds.

On the rise: diving into India’s deep tech innovation boom