Disney+ is expected to launch in the US on November 12. Meanwhile, Netflix is strengthening its arsenal by acquiring children’s media brand StoryBots.

Netflix has acquired StoryBots, the producer of the popular children’s series ‘Ask the StoryBots’ a month after Walt Disney Co announced the launch of its streaming service, Disney+, which will include children’s shows and movies like Toy Story and Star Wars.

Both companies find each other in a common battleground as they attempt to woo children and their parents alike with innovative programming.

Before it was acquired, StoryBots created original programmes for Netflix. Now, following the buyout, Netflix claims it hopes to provide more educational content for children and families by building on the characters and expanding the StoryBots universe.

Speaking about the acquisition, Melissa Cobb, VP – Original Animation, Netflix, said, “‘Ask the StoryBots’ has a proven track record of synthesising complex subjects into bite-sized lessons that are funny and entertaining for young kids and satisfying for parents.”

Founded in 2012 by Evan and Gregg Spiridellis, StoryBots was first launched online before streaming on Netflix in 2016. It makes use of multiple formats such as 3D, 2D, claymation, stop motion, and even live action. It also engages with guest stars like Snoop Dogg while answering questions like, ‘Why is the sky blue?’ and ‘How does night happen?’

“Together with Netflix, our goal is to make StoryBots the leading educational entertainment brand globally. We want children from Argentina to Zambia growing up laughing and learning with StoryBots that feel native to their culture. We see this as a once-in-a-lifetime opportunity to bring something epically good into the world.”

The children’s series has won five Emmys and got 17 nominations. The brothers began with JibJab Media Inc in a garage in Brooklyn in 1999, and have since been known for their work including election parody This Land and Elf Yourself.

StoryBots is available in 22 languages and streams across 190 countries.

Also read: Netflix is loving India but isn’t sure if cheaper, mobile-only plans are the way to go 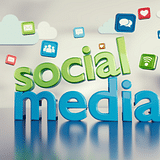