It only gets ‘butter’: how this startup changed the condiment game with its organic spreads 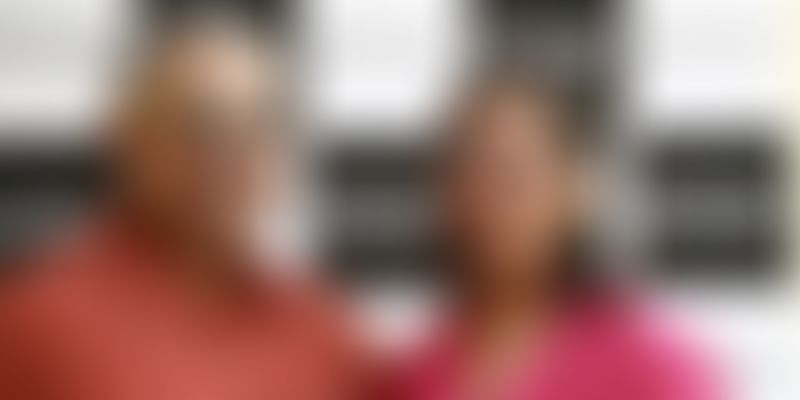 Picture this - you are in the supermarket hunting the aisles to stock up your cabinets. But everything you pick comes with a caveat. If it’s healthy, it’s not affordable. If it’s affordable, it’s not nutritious. If it’s nutritious, it’s not tasty. And if you do stumble upon a product that ticks all the boxes, it’s probably got an ingredient you’re allergic to.

That’s where Jus’ Amazin decided to shake things up. The Bengaluru-based startup has created a line of vegan, organic, soy-free, dairy-free, and gluten-free nut and seed butters that it claims are as delicious as they are healthy.

And with a host of flavours, Jus’ Amazin is looking to create a product portfolio that caters to specific and changing nutritional requirements of its consumers.

Cooking up the idea

The company was founded two years ago by Jitin Munjal and his wife Shilpa Mogilishetty. Jitin, who is an alumnus of IIT-Delhi, IIM-Ahmedabad, and the London School of Economics and Political Science, has over 20 years of experience in business management, marketing, and product development.

With a Masters in Anthropology from the University of Sussex, Shilpa has worked extensively in the corporate and social development sector, and is well versed with market research and media planning.

The idea for Jus’ Amazin came about as Jitin and Shilpa’s child was allergic to soy and dairy. When they scouted for food to their child, they were disappointed with what they found.

With boxing champ Mary Kom as a customer, Happy Jars is tasting success with its nut butters

“It was during this exploration process that we realised there is a dearth of options that meet the nutritional requirements of individuals - without the use of traditional ingredients like dairy, soy, or gluten - and tasted good as well,” recalls Jitin.

This motivated them to create their own line of products that were 100 percent organic and catered to people who had food allergies or dietary restrictions.

Initially, the company faced a few setbacks when it came to recruiting team members. “We addressed this challenge by recruiting fresh graduates,” explains Jitin. “They had the passion to learn, and the ability to manage the rapidly changing landscape of a startup.”

Also, introducing their spreads in retail outlets was easier said than done. The solution lay in establishing the right contacts in the market and churning out consistently high-quality products. For that, they had to choose their equipment wisely, as devices that operate at high temperatures can destroy the nutritive value of food.

What does the label say?

All the ingredients procured from certified organic produce companies in India. “We do not use any chemicals, processed fats, artificial flavourings, or additives of any kind,” says Jitin. “We believe that chemicals belong in labs, not in our foods!”

“We lay a lot of emphasis on taste - a product has to be delicious, something that people enjoying eating repeatedly,” explains Jitin. The butters are available in sizes of 125 grams and 200 grams, and their prices range between Rs 150 and Rs 500. Currently, manufacturing and marketing are both done by the Jus’ Amazin team, which has 15 members.

Spreading across the market

The startup also boasts of a number of B2B clients including the Taj Group of Hotels and the Sheraton Hotel.

“The array of flavour options we offer makes it easier for chefs to develop products suitable for those who are vegan, or are allergic to dairy, gluten, or soy,” Jitin points out.

[Startup Bharat] How Surat-based Alpino turned a Rs 5 lakh investment into a Rs 5 Cr turnover b...

The startup operated with its own funds for a year before receiving funding from angel investors. Jus’ Amazin uses an omnichannel strategy with near equal focus on online and offline channels.

The company has recorded an average growth of 15-20 percent month-on-month in its revenue. Jus’ Amazin began with a one-room unit, and gradually added more equipment as they grew. Since then, the startup has relocated thrice.

The full potential of each location, in terms of manpower and manufacturing capacity, was met way before expected, adds Jitin. Jus’ Amazin’s competitors include Happy Jars, Alpino, and The Butternut Co.

Jus’ Amazin plans to tap into this growth by expanding its portfolio to include new products, which will be launched within the next six months.

The startup also intends to initiate the next round of funding by the end of 2019. The Indian food market is expected to touch $540 billion by 2020, according to a report presented by Union Minister Suresh Prabhu.

Thanks to BetterButter, now anyone can cook