This Bengaluru-based startup by IIT, NIT alumni has built a private social network for gated communities 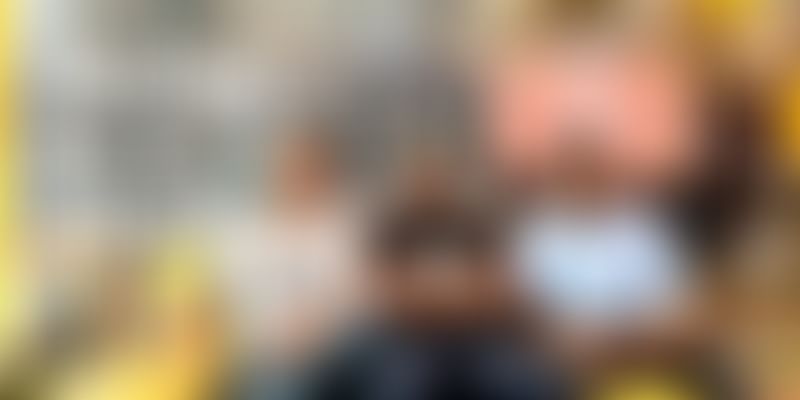 Bengaluru startup Milo is a real-time communication platform for gated communities, business parks, and co-living spaces. Here’s how it plans to differentiate itself from Facebook and WhatsApp.

The world is increasingly becoming smaller and more connected. At every F8 developers’ conference in recent years, Mark Zuckerberg has harped on “communities” and how Facebook is building features to increase communication among closed groups. In fact, the social network platform is now headed for a complete redesign to make ‘Groups’ the core of its product.

But, there might be some aspects of community-building where Facebook still lags, and that is where billion-dollar startups like Nextdoor sneak in. Nextdoor is a private social network for neighbourhoods in California, and has revolutionised networking and interaction within local communities. More than 175,000 neighbourhoods around the world today rely on Nextdoor.

Cut to India, and a bunch of IIT and NIT alumni have built a Nextdoor-like platform for gated communities, business parks, hostels, and co-living spaces. ‘Milo’ wants to be the ‘Nextdoor of India’. (Incidentally, Nextdoor is launching in India soon.)

What is Milo and why you may need it

Unlike Nextdoor, Bengaluru-based Milo (which means ‘meet’ in Hindi) focuses on specific communities as opposed to neighbourhoods en masse.

So, if you reside in Koramangala 5th Block, Milo can connect you to people in your housing complex either for recreational or utility purposes. Or, if your office is at a tech park in Electronic City, the app will let you discover relevant people right there. You could carpool with them or go on a movie date perhaps.

Milo is essentially built to aid real-time, location-based discovery of people with similar backgrounds, interests, jobs, requirements etc, but who are strangers. That is where the platform differs from Facebook and WhatsApp, which foster communication among people you tend to know - friends, family, co-workers.

So, users on Milo could find a last-minute babysitter within their residential complex, find someone to play basketball with in the vicinity, or check out the latest restaurant with a neighbour they didn’t know had the same taste.

The platform allows users to get instant recommendations about local interests, plan quick meet-ups, organise events like an IPL viewing, or a house party, and more.

Co-founder Natarajan HK tells YourStory that Milo was born with the vision of being “an effective replacement for Facebook Groups”.

“Facebook Groups have a limited reach. Plus, they are not location-based, and the communication may not be relevant to you. Rather than connecting everyone in a large group, we are creating a more private and engaged community. We also bring in the efficiency of connecting people quickly. This is something FB cannot solve.”

Milo was started by Natarajan (IIT-Delhi alumnus), along with Kumar Anchal (IIT-Bombay alumnus), and Niranjan Sukumaran (NIT Surathkal alumnus) in 2018. The founders have a combined experience of 30 years at tech behemoths like Microsoft, Yahoo, and Akamai. In 2016, they’d founded another startup, Glynk (a social network for like-minded people), which claims over a million users in the US and India. It is possible that Glynk would be phased out once Milo earns sizeable scale.

Milo was opened to communities in January. Prior to that, it raised undisclosed funds from Hyderabad Angels, and BellWether Advisors.

“We plan to raise a pre-Series A round of $1 million this year,” Natarajan shares.

Milo - by numbers and user behaviour

The founder claims that Milo has already notched up over 25,000 users across 50+ closed communities, including co-living and residential spaces (Nestaway, Lodha, Sobha, Runwal Greens, MyHome), and office complexes (iLabs and Zen3). The platform is most actively being used in Bengaluru, Hyderabad, and Mumbai. There are more than 15,000 live groups.

New residents are the most active members in any community. The top things users do is discover people from similar backgrounds, look for friends to pursue hobbies, hunt for forums or groups to discuss Game of Thrones, PubG, IPL, ask for local recommendations, buy or sell goods (ala OLX), carpool, and more.

“People use the platform for 12-15 mins on an average every day. They would open the app up to three times a day. Even though the platform is invite-only, our fill rates are as high as 95 percent. People already feel a sense of ownership with the app. We see engagement without any fear.”

But, given Milo is primarily a social network, it comes with the trappings of one. There could be uncivil behaviour or even abuse. Does that go unchecked?

“There is a sense of belonging and implicit trust right from the word go. So, the chances of uncivil behaviour or abuse is minimal. Add to it, admins reserve the right on every user. They can blacklist or block them,” Natarajan clarifies.

Milo has set a target of reaching 100,000 daily active users by the end 2019. In two years, they plan to take DAUs up to five million. It could be an an ambitious target, but Natarajan is bullish about ‘private communities’ and sizes up the market as a "100-million-users opportunity".

He reckons urban millennials (aged 25-34) will eventually ditch WhatsApp, Telegram, and Facebook Groups as a medium to connect with strangers to “discover, meet, and interact” through closed, private platforms like Milo.

“There are some 600 Telegram groups in a MyHome complex in Hyderabad. It is all a mess and most groups are redundant to its users. We are enabling a simpler and more meaningful peer-to-peer interaction on Milo. Users just have to shake their phone to discover someone relevant to them.”

At present, Milo is free to users, and is “not focused on revenue”. But, going ahead it intends to operate on a freemium model, with paid features like data analytics to be available for business customers.