[Startup Bharat] Away from the metros, a new breed of deep-tech startups is solving ‘real India’ problems 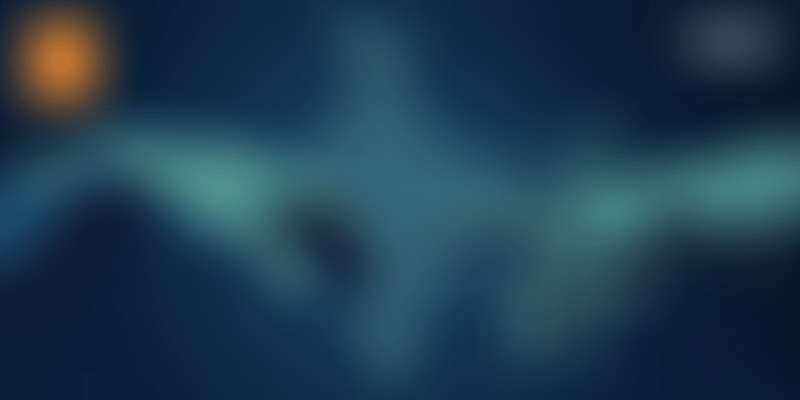 It’s not a new story. A bunch of educated young men and women with promising futures leave their small towns to work in conglomerates earning huge salaries. They come back home when nostalgia calls. And, of course, for the ghar ka khana. Savouring the good old days, they return to the heaving metropolises to become yet another cog in the wheel.

But here’s a new story.

The one that the likes of Vimal Govind MK, Arun George, Nikhil NP, and Rashid Bin Abdulla Khan are writing now. After graduating from MES College in Calicut, Kerala, when the four fell short of funds to turn an innovative idea they had into a reality, they too joined the regular workforce -- a fate many aspiring entrepreneurs have to resign themselves to.

However, in 2015, an incident in Kozikode in Kerala led them to shift track. A 32-year-old autorickshaw driver lost his life trying to save two manual scavengers from a pit; the three were stuck in the manhole for 30 minutes, and nobody was able to help them.

Collaborating with the Kerala government, they came up with a solution under their startup Genrobotics. Aptly called Bandicoot, the four engineers built a spider-shaped 50-kg, pneumatic-powered, remote-controlled robot that can be sent down a manhole where it spreads its limbs and removes sewage.

The robotic arm, which uses 360-degree motion to sweep the manhole floor and collect the filth, could well end the practice of manual scavenging in India, removing the risk to human life.

The story of this Kochi-based startup, Genrobotics, which is solving a very pertinent Indian problem, is fast becoming a phenomenon unique to startups from beyond the metros.

Watch how Genrobotics' Bandicoot is trying to eliminate manual scavenging

There are as many problems in India as there are people -- 1.34 billion in all. And as they say, this presents an equal number of opportunities.

Interestingly, all these solutions are coming from India’s small cities and towns, often referred to as Bharat.

Aiding this shift is, of course, the new interest from investors.

YourStory’s Startup Bharat Series has chronicled a variety of these startups that have emerged from small-town India. Bypassing the regular startup hubs like Delhi and Bengaluru, small towns like Hubli, Kochi, Thrissur, and a few in the state of Odisha have thrown up some stellar startups.

Nearly, half of these are startups are using deep-tech to solve a latent problem.

Kochi’s Bagmo Technologies offers a device that monitors the temperature of blood bags, and aims to reduce wastage and improve logistics. Founded by IIT-Madras alumnus Ashfaq Ashraf and his friends, Anas Dalinatakam and Arshad KA, the startup, which began life in Bengaluru, has now moved to Kochi.

Bagmo isn’t the only such startup. Despite attracting billions of dollars in funding and top talent, many others are making this move to smaller cities.

Why? Cost is one primary reason.

As Ashfaq explains, “Kochi assured affordable living and quality manpower. And finding that in a metro city is difficult.”

But cost isn’t the only reason. Access to market is another big factor for startups moving away from the metro cities.

“Getting the right hearing tests in a safe, portable, and reliable manner is needed in Tier II and III India,” says Uday Kiran, Co-founder, Nautilus Hearing, a startup that has built a portable hearing testing device.

Dr Kiran Kanthi is the Founder of Lifetron Innov Equipments, which has built a portable machine to save newborn babies from dying of jaundice across rural India. Currently, 60 percent of all newborns across most third-world and developing nations need the photo-therapy to treat jaundice in newbown babies.

"While this facility is easily available in most large hospitals, newborns in rural areas often don’t have access to this facility, which can easily prevent unnecessary deaths,” Kiran says.

The access to market isn’t restricted to healthcare startups alone. There’s Kochi-based NAVA Design and Innovation's Sapper, which eases the process of tapping neera from coconut trees by using AI, and claims to increase the productivity of tappers by 72 times.

Sectors that see the most impact

Speaking about the startups at Sandbox Hubli, CM Patil, Sandbox Hubli Startups, CEO, says, “As we are addressing the non-metro segment, we primarily look for startups aiming to build enterprises in following sectors: agriculture, tele-health, education, and financial inclusion.”

“By choosing to start up in Tier II and III India, the startups would be close to their customer segment. That helps them tremendously in building products/solutions in continuous engagement with them," Patil says

He adds, "The USP (of Sandbox Hubli) is that we act like a platform to connect these mission-driven entrepreneurs to end users. It helps founders understand the sector much better and gauge the needs of their customers. We also have hardware labs like Makers and ESDM labs, which helps them reduce their respective product development cycle.”

Prasad Balakrishnan, CEO, Makers Village, says the Makers Village in Kochi also provides startups with all the resources needed to build their products and also provide them market access, mentorship, and other support.

“Three of our startups have already been selected by the DRDO for their projects. The idea of focusing on electronics is to look at building products that solve multiple problems. The idea is to find a balance by bringing technology to work that is being done in cumbersome ways,” Prasad says.

Also read: How this Manipur-based entrepreneur is bringing healthcare to people’s doorsteps

Data from YourStory Research shows that investors have begun evincing huge interest in startups based out of Tier II and III cities. The number of deals and the quantum of funding have been steadily growing.

In addition, many incubators and accelerators are working to ensure that startups get the right mentorship, funding, resources, and backing.

An analyst from a top consultancy firm says investors have so far preferred investing in startups looking to solve the problems of or making life easier for the population in metros, focusing on sectors such as ecommerce, food, and some parts of mobility. Now, they are looking at startups solving problems that impact larger sections of the population.

“Whether it is the Blockchain and AI push in Kanpur or the Fintech Valley push in Vizag, governments have ensured that startups become mainstream in India, even in the smaller towns,” says Padmaja Ruparel, President and Co-founder at IAN and Founding Partner at IAN Funds.

She says this is a good sign as it is important that startups are born, survive, and thrive across India. “It will also help distribute wealth, value, and business across the country,” she adds.

These startups’ ability to add real value lies in their first-hand understanding of the unique problems faced by the semi-rural population, many of which don’t exist in the bigger cities.

While the quality of the entrepreneurs remains by and large the same across the globe, Patil contends that there is one key differentiator in startup founders from non-metros.

“Particularly in non-metros, I see them (entrepreneurs) a lot more committed and passionate; their distractions are much less compared to urban entrepreneurs. They have a clear understanding of the problem as they work closely with those affected,” Patil says.

However, this sometimes also means these entrepreneurs are driven moreso by a ‘local mindset,’ but that’s where the sandboxes play a vital role in giving them the required exposure to think big and think global, adds Patil.

Indeed, as this trend clearly shows, we are looking at a new India, and heralding the start of a yet another chapter in the Indian startup story.

Also watch: The launch of GenRobotics' Bandicoot in Gurugram in a bid to eliminate manual scavenging in India.