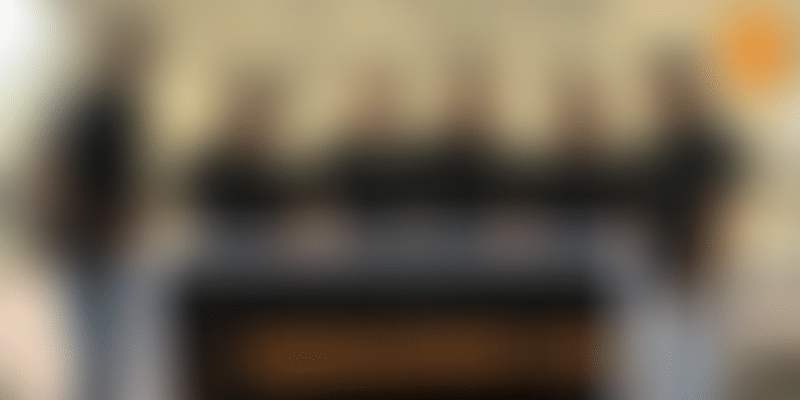 Started in 2016, this startup aggregates vendors to provide round-the-clock death care services to distressed families at their doorstep.

Nothing can prepare you for the grief that hits you when a loved one passes away. But even as they grapple with immeasurable loss and pain, families need to prepare for their loved one's last rites and funeral. Planning a funeral is stressful, and for the new generations, mystifying as well, as they struggle to stay on top of rituals.

But startups like Swargadwara are creating a difference and bringing much needed relief and assistance to bereaved families, especially non-resident Indians for whom distance and time crunch is a nightmare. The Odisha-based aggregator, founded by Plaban Mohapatra in December 2016, is an integrated single-point platform delivering ‘funeral care’ services at the doorstep of grieving families.

On starting up in the death care services space, Plaban says, “The idea of Swargadwara.com first came from a family incident, where I noticed there are more than 20 unique services - starting from last rites to post-day rituals. I could not find anyone providing a one-stop solution. After some research, I found there are more than nine million deaths every year, and the death care sector in India is still highly unorganised. I thought I should do something. My journey began then."

He adds: “For NRIs, our company is a source of confidence and respite since every tangible requirement is catered to by the company, making the whole process seamless and hassle free.”

Bhubaneswar-based Swargadwara offers pre-funeral, funeral, and post-funeral services to its clients. Plaban says: “While this is a for-profit business, the core vision is to provide a helping hand to the bereaved families in their darkest hours.”

The startup has three types of cremation kits - for widows, married women, and men. From match box, gangajal, and ghee, to coins, earthen lamps, and betel nut, the cremation kit contains 35 items.

It also offers round-the-clock services. Clients can get in touch with the platform through its website, Facebook page, or simply by calling the helpline number.

“We collect requirements, provide the estimate, and dispatch the services needed,” says Plaban. “Depending on the type and span of service, we collect payments in tranches,” he adds.  Apart from Hindus, Swargadwara also caters to the Christian and Sikh community. Plaban says: “Swargadwara’s vision is to cater services to all communities.”

Thirty-eight-year-old Plaban has 13 years of experience in the IT sector. He worked in the California for 12 years at American multinational Computer Sciences Corporation (CSC). He later quit his job and returned to India to start up in Odisha, his hometown.

“Kicking off from Odisha and on-boarding the team was relatively easier for me,” he says.

Apart from Bhubaneswar, Swargadwara has branch offices in other parts of Odisha: Berhampur and Balasore, and caters to Cuttack and Puri as well.

“My strategy was to start in Tier III and Tier IV cities, and then, after gaining expertise, scale to a metro city,” Plaban says. After two-and-a-half-years of operations in Odisha, Swargadwara recently expanded to Bengaluru.

Also read: [Startup Bharat] In rural Odisha, this ex-World Bank consultant is educating 2,800 children with the help of over 100 local women

Challenges of starting up

“Challenges started from the very first time I discussed the concept with my family,” Plaban says. His family was certain the society was not yet ready to accept such services. However, in the last three years, Plaban says he has spoken to thousands, explaining to them the value his startup would be adding.

His another challenge was hiring people. “Since the startup focuses on death care services, most of the candidates’ families didn’t want them to work in this sector,” he says.

Eventually, Plaban was able to get a few employees on board, “who do not consider this just as their job, but a service to the society,” adds Plaban. Swargadwara is now a team of 13.

The final challenge was spreading the word about the startup. “With continuous awareness campaigning, we convinced people, and testimonials from past clients helped us a lot,” Plaban says.

Business of death, and afterlife

Swargadwara functions as an aggregator and the team has tied up with more than 150 vendor partners for their services. “We collect requirements from the client, prepare vendor partner cost, apply our margin, and prepare a final estimate for the client,” says Plaban.

The startup charges its clients based on their needs. “Every caste has its own set of ritual rules, and every client has their own customised requirements,” says Plaban.

Its cremation day service charge ranges between Rs 2,500 and Rs 7,000, and the post-cremation service charges vary between Rs 10,000 and Rs 2 lakh. Plaban has invested Rs 15 lakh into the business and has received a grant of Rs 7.5 lakh from the Startup Odisha initiative. He says they also have received a commitment of Rs 30 lakh from an angel investor.

According to Plaban, Swargadwara’s Gross Merchandise Value (GMV) since inception is Rs 71 lakh, and has served 785 customers so far. Bhubaneswar is its top-performing market at present.

According to openPR, the global death care services market was valued at $98.3 billion in 2017.

Although the death care market has been existing through generations, there are very few players in this sector in India. Swaragdwara currently competes with the likes of Ahmedabad-based Mokshshil and Kolkata-based Anthyesti.

“I found that even with more than nine million deaths per year, the death care sector in India is highly unorganised,” says Plaban.

Swargadwara differentiates itself by providing ‘one-stop solution’. “We offer services starting from pre-cremation and till the ashes are immersed. Our service offerings include priest to ritual logistics, food to tent items, and obituary to prayer meet,” says Plaban.

Plaban’s vision is to cater pan-India. After expanding its operations to Hyderabad and Bengaluru this year, Swargadwara will be available in Delhi NCR and Mumbai by next year. “I plan to cater to Ahmedabad, Pune, and Chennai by 2021,” Plaban says.